Rainsford Street is a small cobbled Mews off Sale Place. It was originally a through road but it is now divided by the Imperial College Recreation Centre into two separate cul-de-sacs. It is within Westminster City Council’s Bayswater Conservation Area. 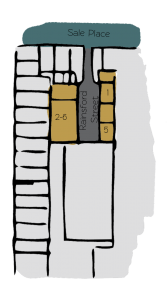 Bomb damage occurred in 1941 and the Mews buildings affected were replaced by the recreation building and a row of garages. Only a few of the original buildings remain and these have mixed commercial and residential usage. The commercial buildings have retained few historical features.

Rainsford Street is now almost unrecognisable as a traditional original/surviving Mews. Its current main function is to provide access to the large Imperial College recreation building.

There have been few planning applications and most of those relate to minor works only such as replacement windows. The most notable original Mews feature remaining is the cobbled roadway. 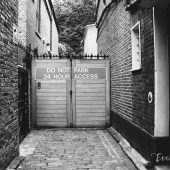