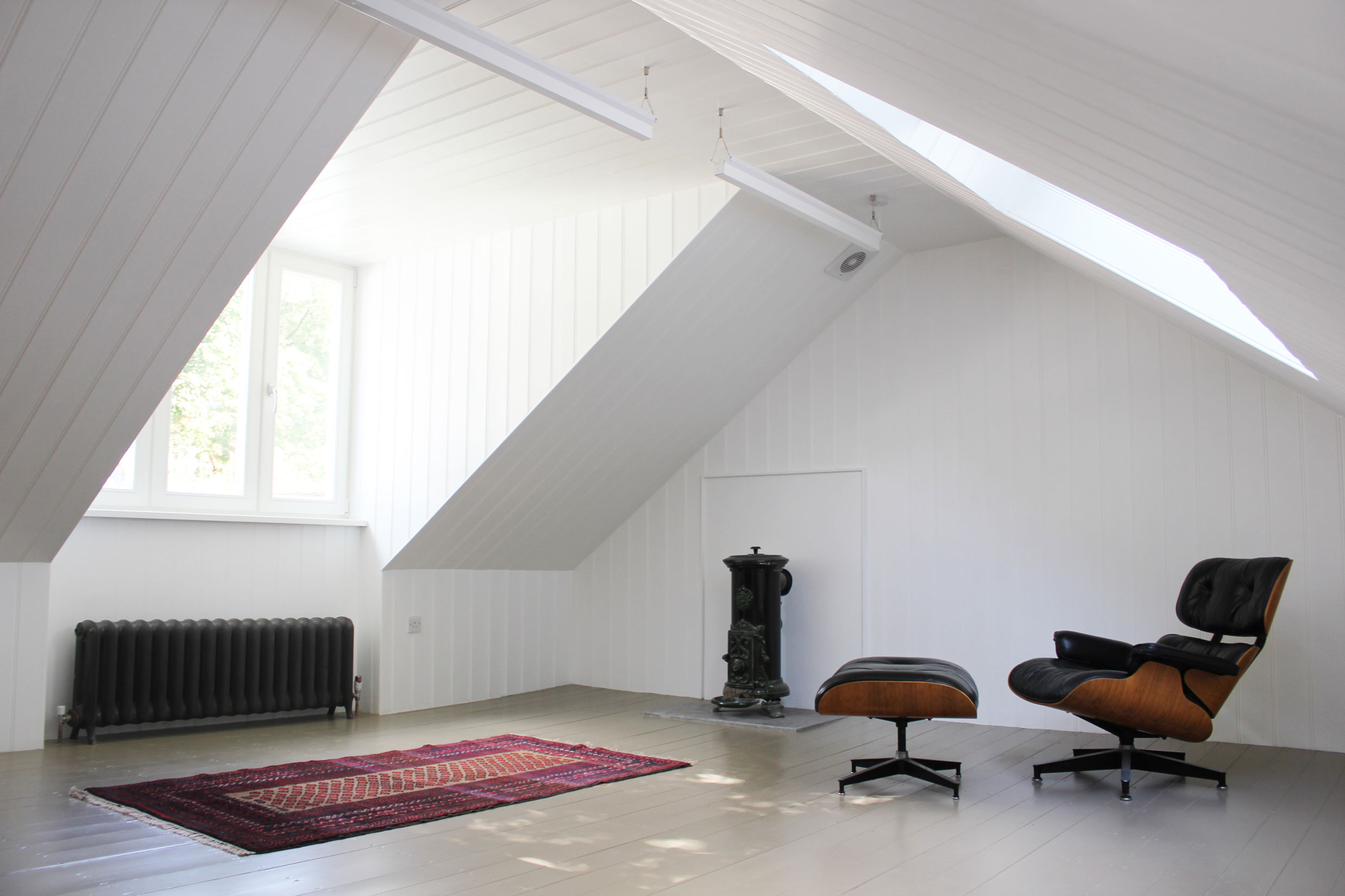 Project description – Refit of a garage in Belsize Gardens Mews

Consultant – Sanya Polescuk is the Principal Architect and Director of Sanya Polescuk Architects (SPA). A firm who carry out work from 8a Belsize Court Garages, Belsize Lane, London, NW3 5AJ.

Design Inspirations – Originally a late 19th century coach and horses stable coachman’s living quarters, this mews house emerges, after a 2-phase retrofit, as an award-winning architects’ studio and spacious light-filled maisonette above. Unusually, the property is facing the mews and backing onto the main street, hence providing a dual aspect and a good amount of daylight throughout.

The project completed by Sanya Polescuk Architects (SPA) makes a careful synthesis of old and new; preserving the original fabric of the Victorian Mews house while introducing contemporary sustainable agenda. The project aims to prove it is possible to re-think the traditional “envelope” and make it more efficient by bringing it closer to the modern standards. Since its original configuration, this mews house in Belsize Park has changed hands and spatial arrangements a number of times.

Project Notes and Timescale – The project took 6 months and was completed in 2012.

Technological appraisal and Review – Originally the building was set out with work at the ground floor, living quarters above, and thermally performing hay storage at the top. Starting in the mid-20th century the logic began to erode. First the hayloft was converted into a living area and, with the loss of the hay, so went its thermal properties. Later still the sleeping was moved to the ground floor, which presented its own problems with noise, access, and services. As the living and working areas gradually spread and merged throughout the floors, the result was cramped cellular rooms, poor services and inadequate working conditions. In order to improve the property,

SPA had two main objectives: First, to raise the quality of accommodation by referring to the original spatial arrangement –workspace on the ground floor, sleeping and bathing quarters above and well-wrapped living/eating/cooking on top. Second, to significantly reduce the building’s carbon footprint by “Wrapping up Warm”, ventilating, and generally following the Code for Sustainable Homes, Level 4, along with reclaiming many of the existing items from the site; timber paneled doors and boarding, heating elements, etc.