Ennismore Gardens Mews is a cobbled, L-shaped through road off Ennismore Gardens in Westminster and is approached through its own arch. There are 43 properties in the Mews, used for residential purposes. It is situated behind the Holy Trinity Church in Brompton.

A high explosive bomb fell directly onto Ennismore Gardens, very close by to the Mews in World War II. When the London Poverty Maps were published, the area was determined as having a mixture of different classes; some households being fairly comfortable and having households with good ordinary earnings whilst others were very wealthy in comparison.

Ennismore Gardens Mews is part of Westminster City Council’s Knightsbridge Conservation Area. Designated in 1968, the area relates strongly to Queen’s Gate Conservation Area in Kensington and Chelsea and contains large-scale cultural and educational institutions such as the Royal Albert Hall. The western half of the area is dominated by a late Victorian cultural complex and mansion blocks whilst the east has residential areas of leafy squares and intimate terraces.

The one and two storey properties are a mixture of painted and rendered brickwork and have roofs hidden behind parapet walls. There are both intact and converted garages present, surrounded by a cobbled road surface.

Ennismore Gardens Mews is very well preserved; an L-shaped mews to the south and east of Ennismore Gardens. Many of the buildings here retain original features, including a consistent and unbroken roof parapet line. There are specific guidelines on alterations that can be made to the Mews properties.

The Mews has been the setting for many films over the years including the 1972 film ‘Frenzy’, 2011 Comedy ‘Foster’ and 2 episodes of ‘The Sweeny’.

A few planning applications have been made since 2003, most notably basement excavations and changes to the fenestration. Conservation Area controls now apply to new development in the Mews. 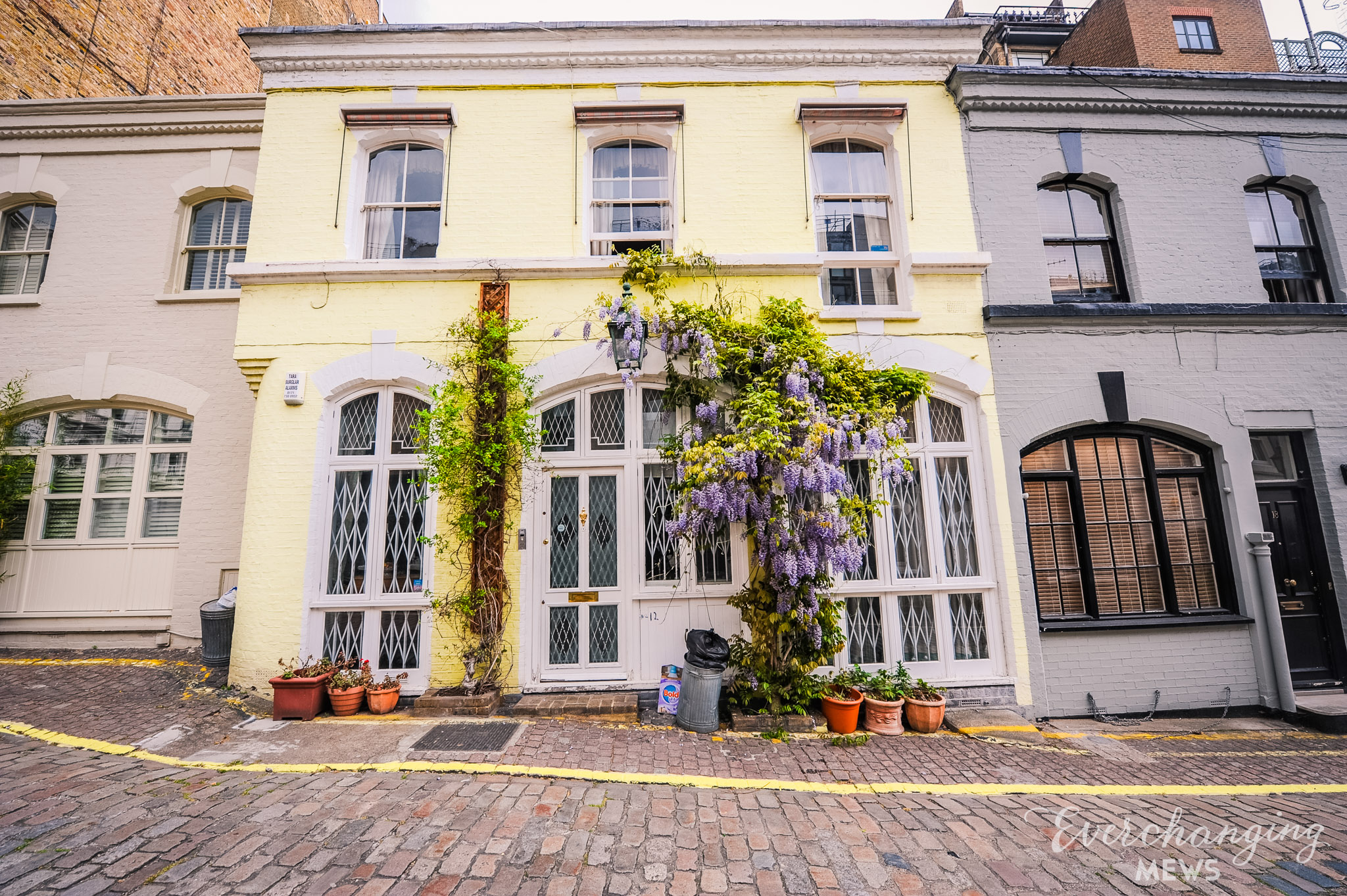 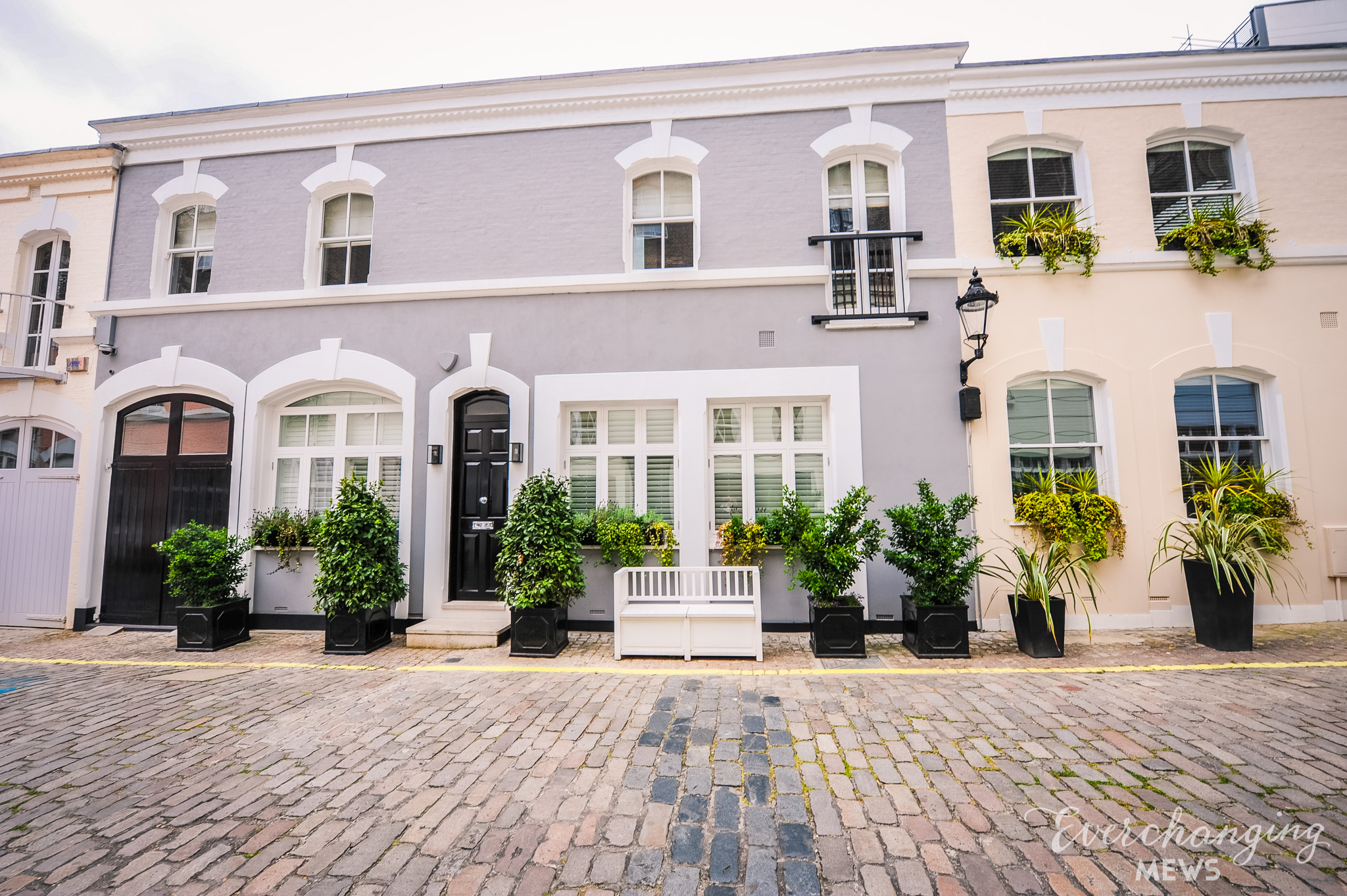 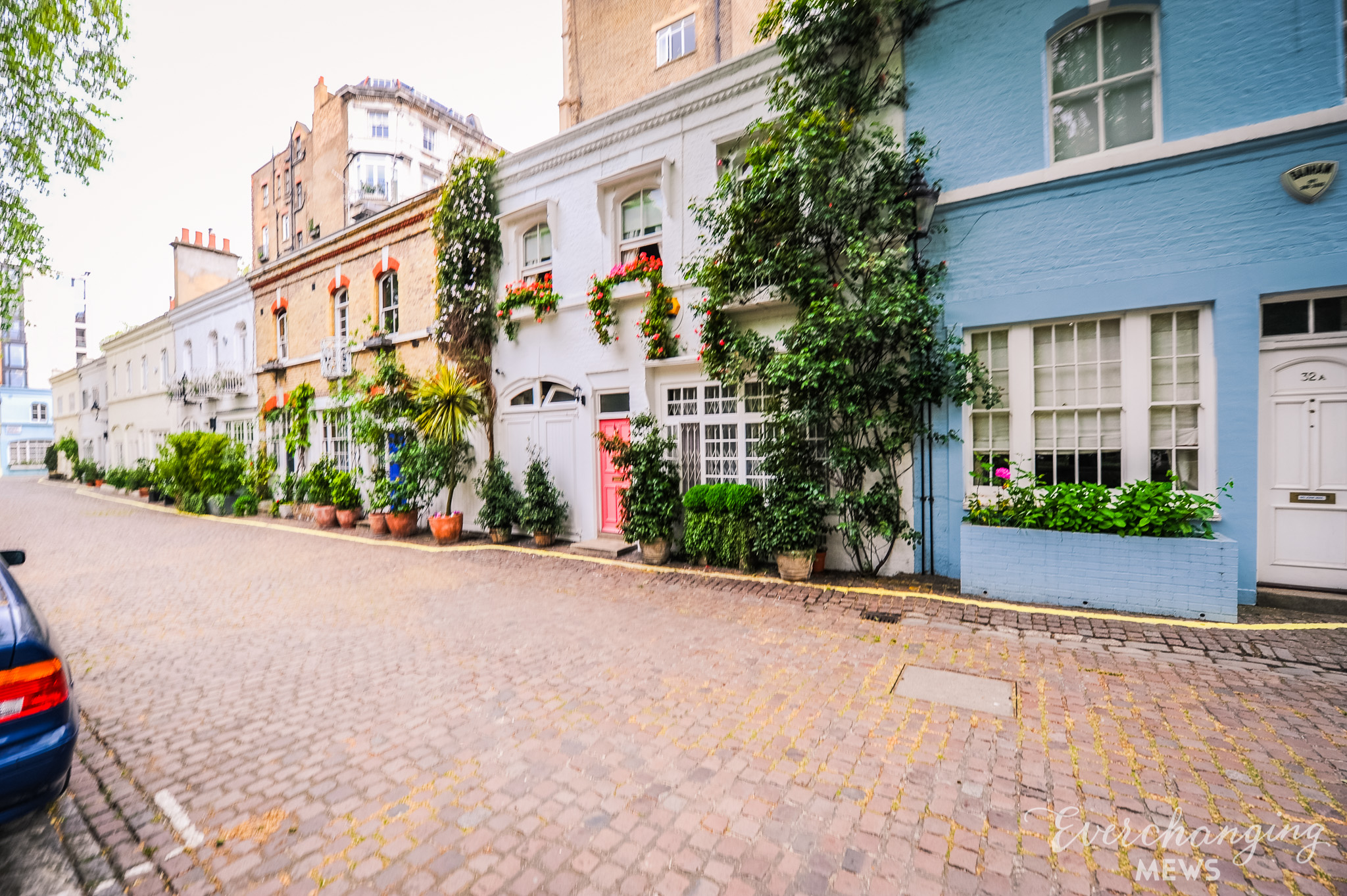 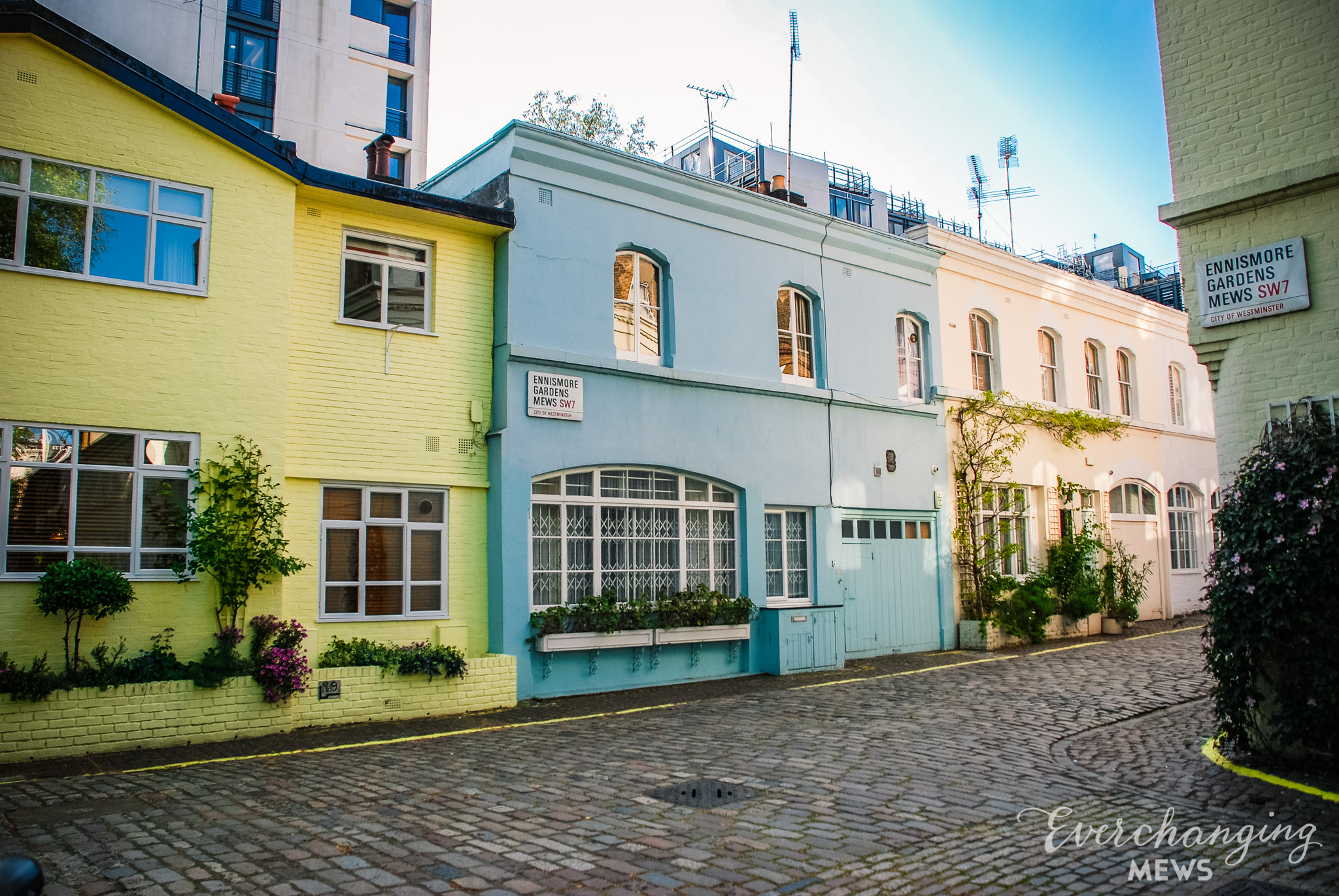 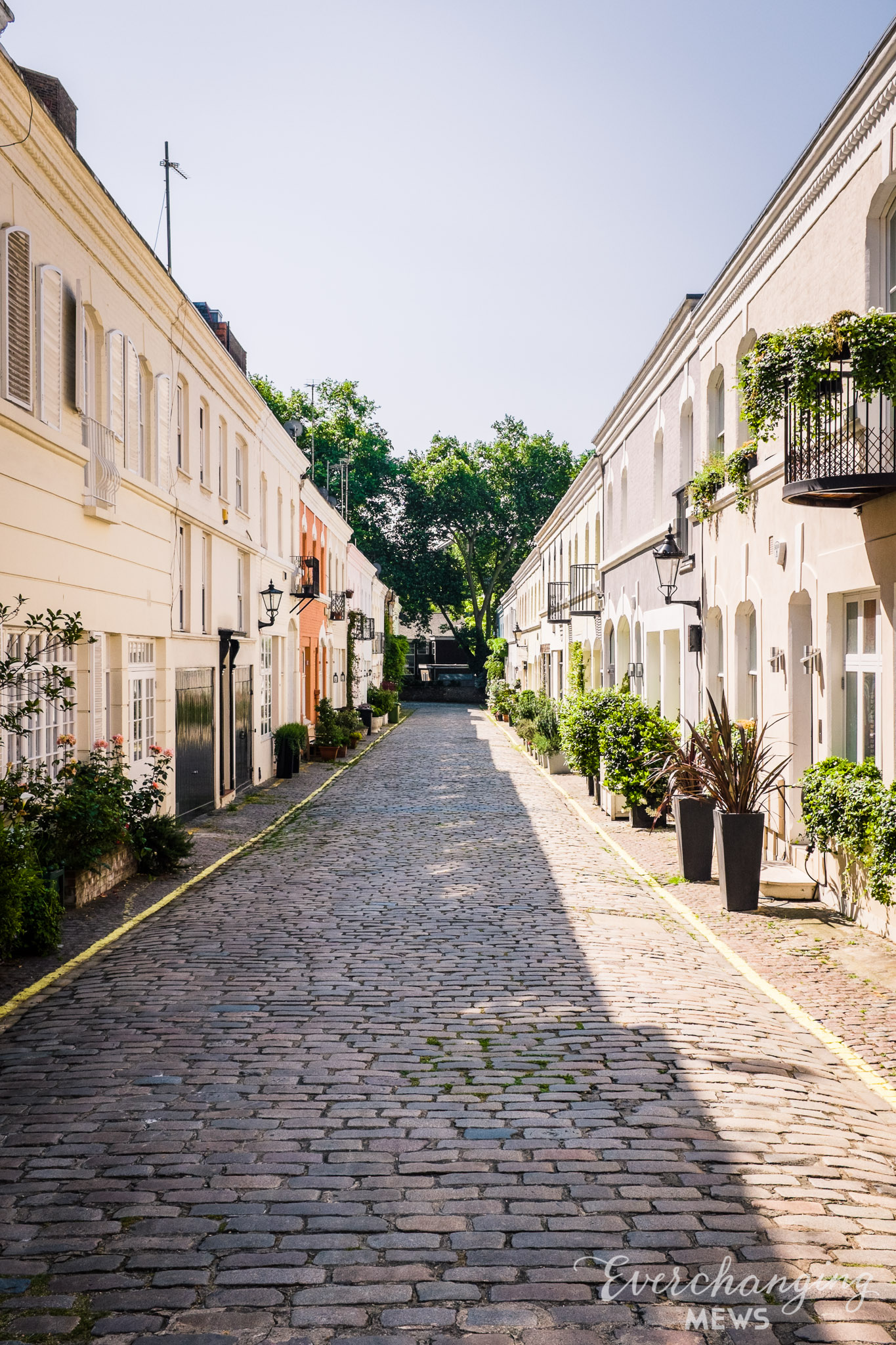 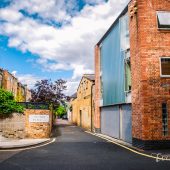 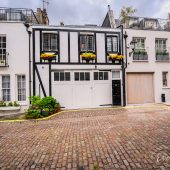