Rutland Gardens Mews is a part-cobbled cul-de-sac approached through its own arch on Rutland Gardens in Westminster, right next to Kent Yard, another original/ surviving Mews. There are just 3 properties in the Mews, used for residential purposes. 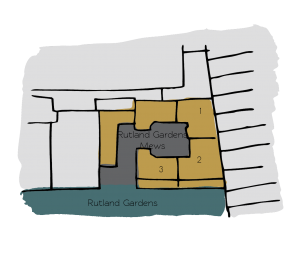 A high explosive bomb fell directly onto Rutland Gardens, very close to the Mews in World War II. When the London Poverty Maps were published, the area was determined as very wealthy households.

Rutland Gardens Mews is part of Westminster City Council’s Knightsbridge Conservation Area. Designated in 1968, the area relates strongly to Queen’s Gate Conservation Area in Kensington and Chelsea and contains large-scale cultural and educational institutions such as the Royal Albert Hall. The western half of the area is dominated by a late Victorian cultural complex and mansion blocks whilst the east has residential areas of leafy squares and intimate terraces.

There are also several mews within the Conservation Area, particularly to the east and south. These are characterised by their intimate scale and are generally two storeys in height and relate to the plot width of the principal building with which they are associated.

The two and three storey properties have a mixture of mansard and pitched roof styles and plain brickwork facades, surrounded by a cobbled and paved road surface. The Cellist Jaqueline du Pre once lived in the Mews.

The entire Mews block is Grade II listed. Kent House (now demolished) was occupied by Lord Boringdon, later 1st Earl of Morley around 1817. He divided it, living in part and letting the rest to his sister and her husband, the Hon. George Villiers. A large garden with stables (now covered by Kent Yard and Rutland Gardens Mews) and a wide strip of ground on the east side of the house were added to the property in 1829.

A few planning applications have been made prior to and since 2003, mainly changes to the fenestration. Conservation Area controls now apply to new development in the Mews. 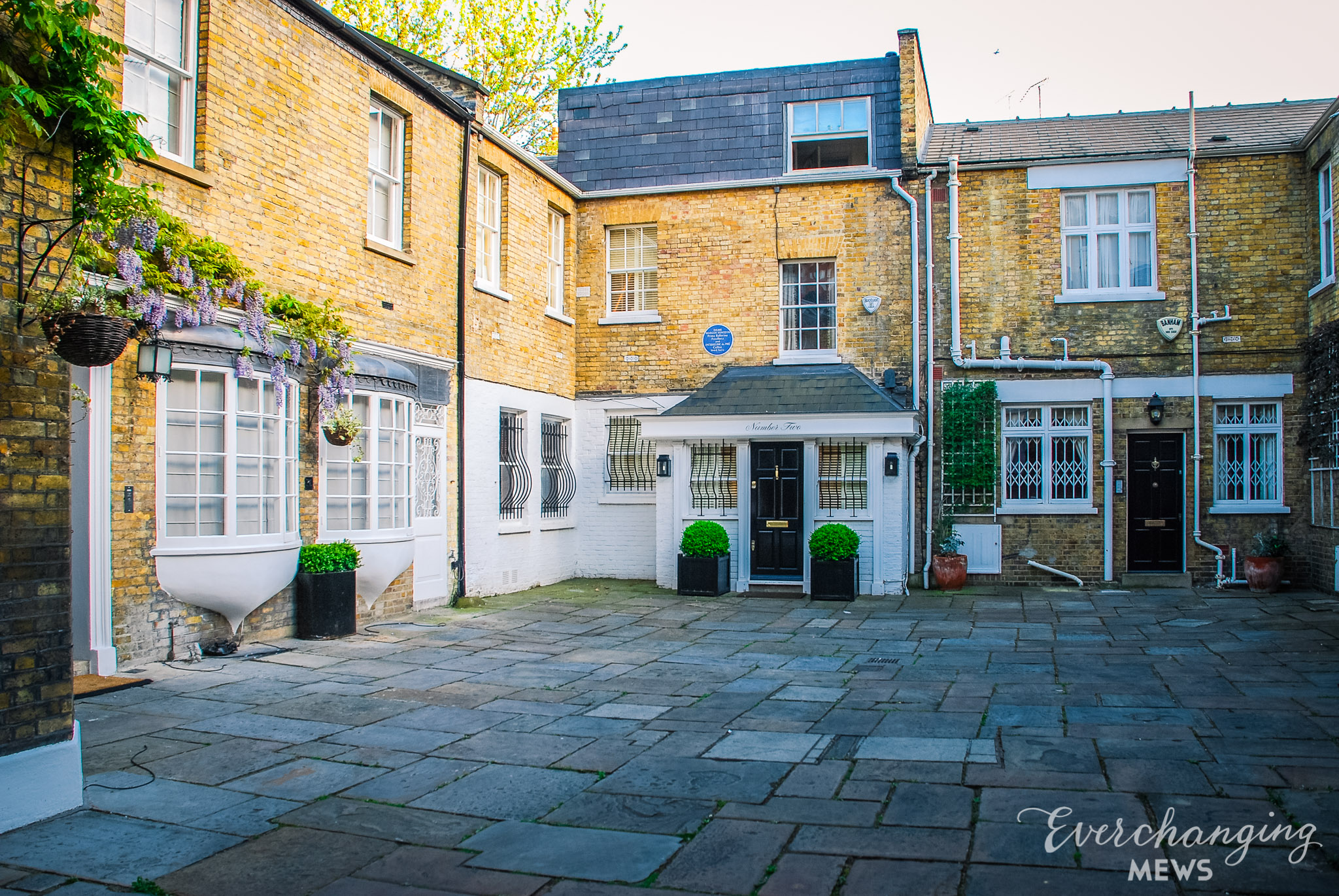 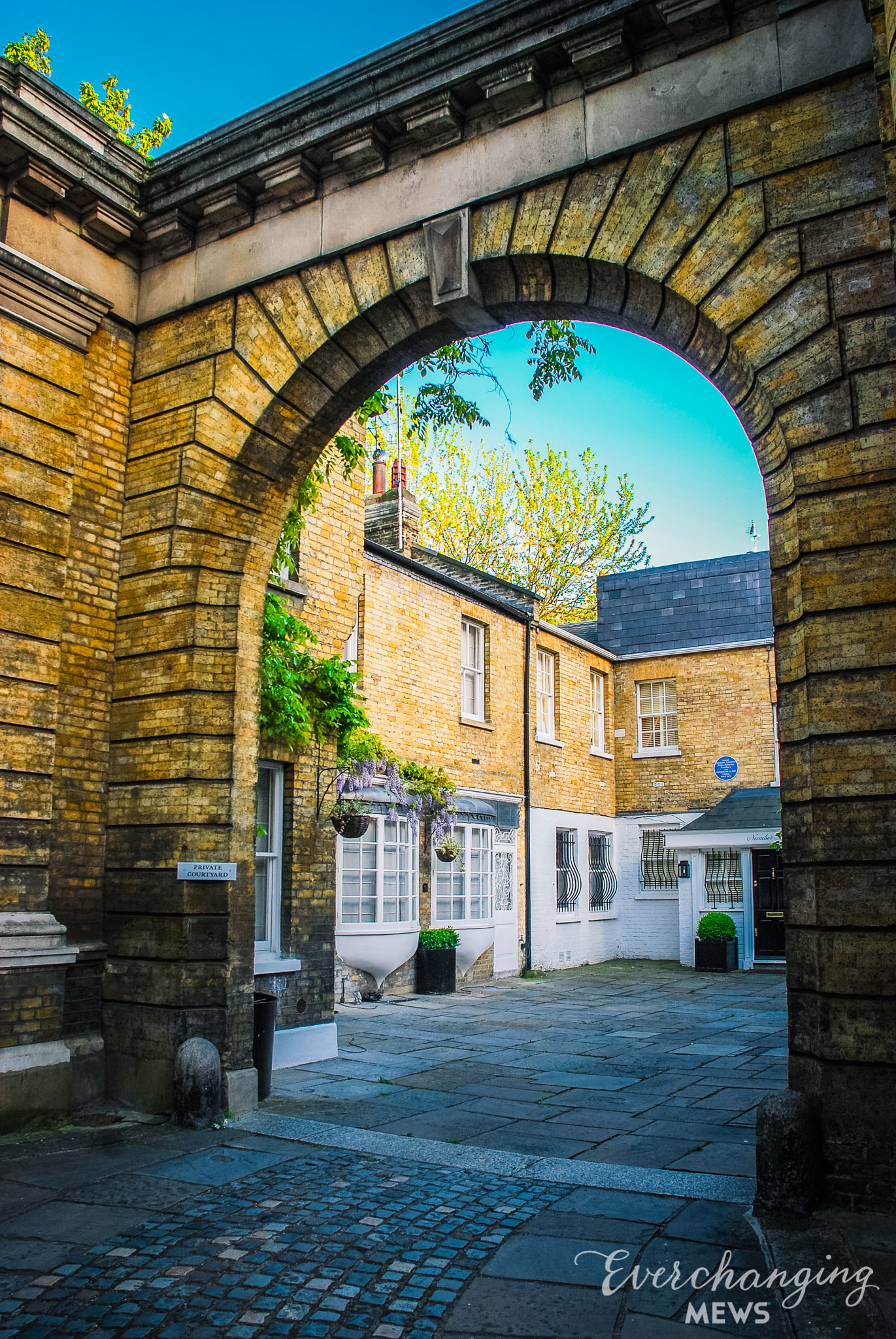 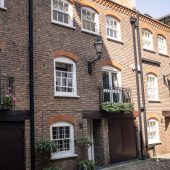