Radnor Mews runs in line with and is similar in scale and appearance to nearby Bathurst Mews. The Mews is long and narrow and has pedestrian and vehicular access at both ends. It also has a secondary service road leading off to the rear of Chelwood House. Entrances to the Mews are in Radnor Place under the building and from Sussex Place. Radnor Mews was affected by bomb damage and there is evidence of rebuilding following the Second World War.

The Mews is within the Bayswater Conservation Area and forms part of the Church Commissioners’ Hyde Park estate. Brickwork elevations are fairly uniform with some painted Mews buildings and others undecorated. Although a change in style is notable as you pass along the Mews with the newer properties near the entrance of Radnor Place and the characteristic original/surviving Mews buildings evidence at the centre and south end of the Mews.

Radnor Mews is a good example of an original/surviving Mews, but it does not have the uniformity of the nearby Bathurst Mews. This is primarily due to the rebuilding required following bomb damage. The Mews originally provided stables for the larger properties in Gloucester Square and Sussex Gardens. It retains some original Mews features including first floor hayloft doors and stable doors on the ground. There are also original timber sash casement windows and the road is cobbled.

Unusually there are double fronted Mews with butterfly roofs hidden behind rendered and painted central gable parapets. There is no on street parking. Parking is provided elsewhere in Radnor Place and Sussex Place. There are no listed buildings recorded.

A considerable number of planning applications have been made since 2003. These applications generally relate to minor works including window alterations and new roofs, but some basement enlargement also occurred in the Mews. 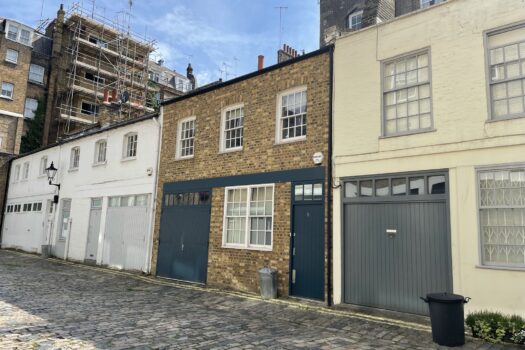 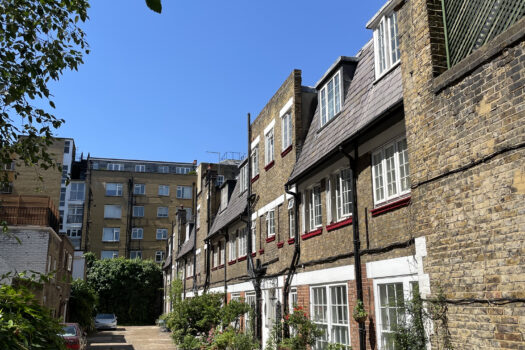 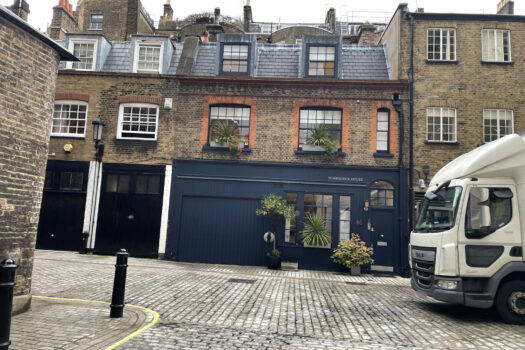 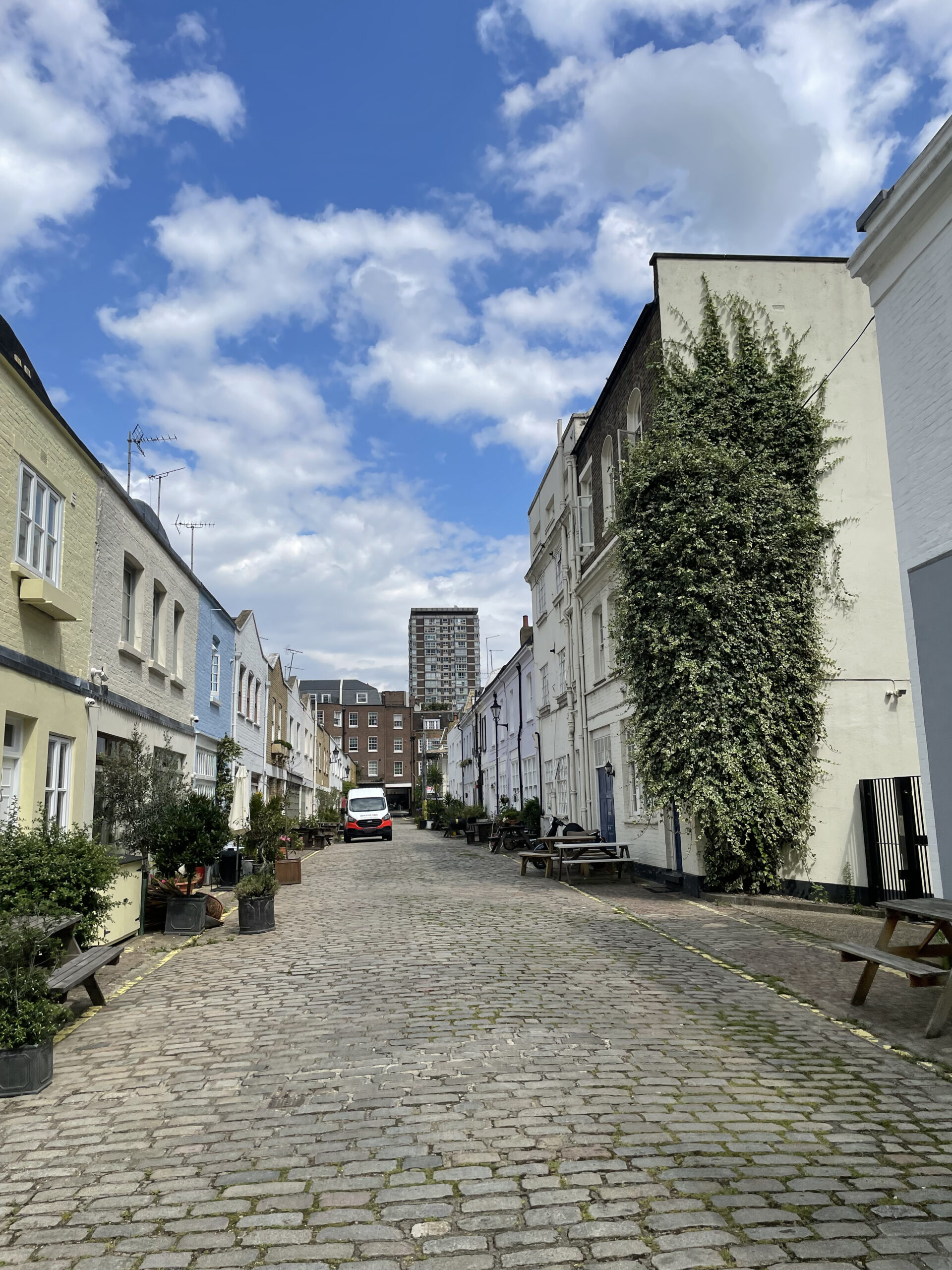 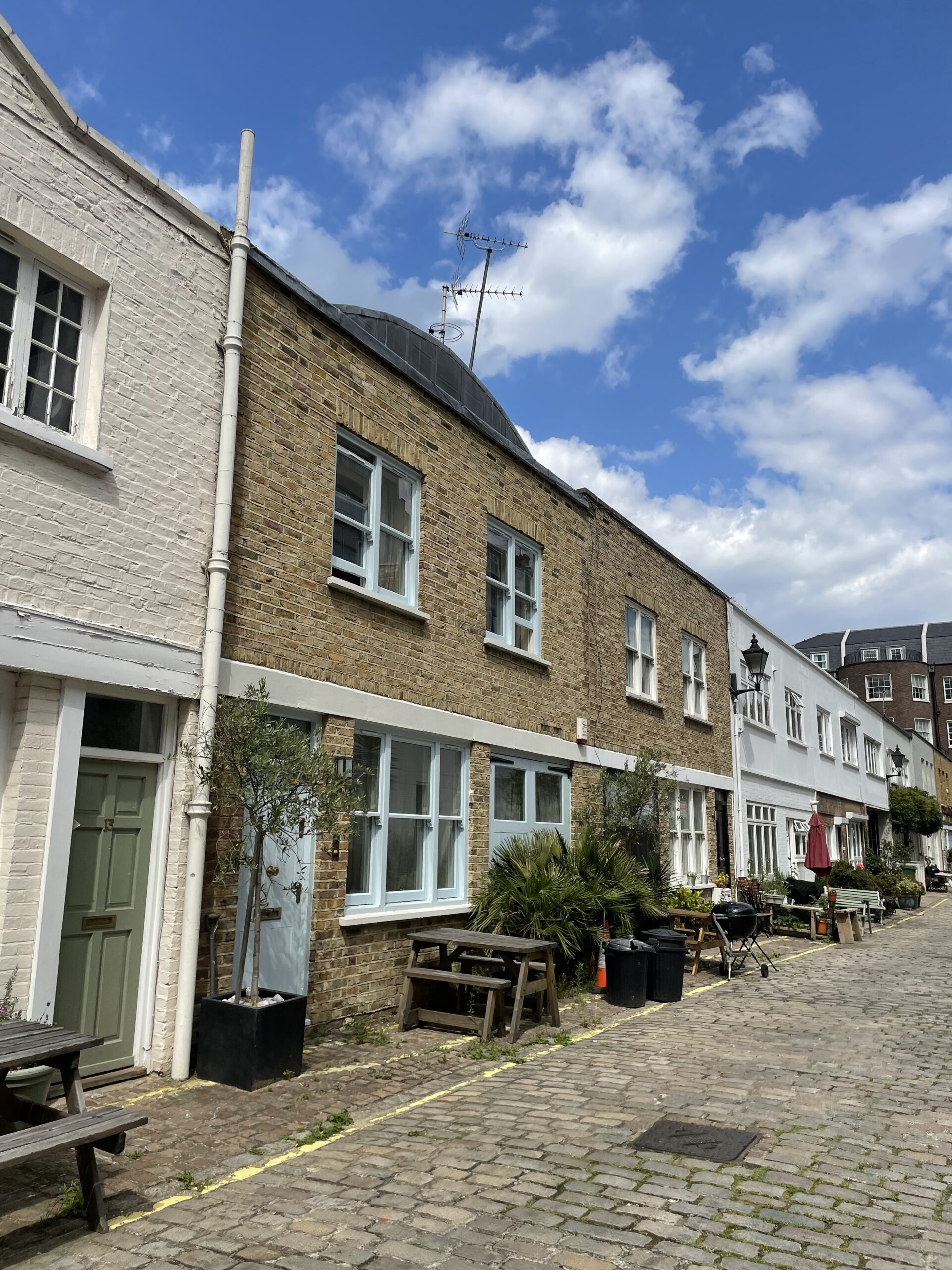 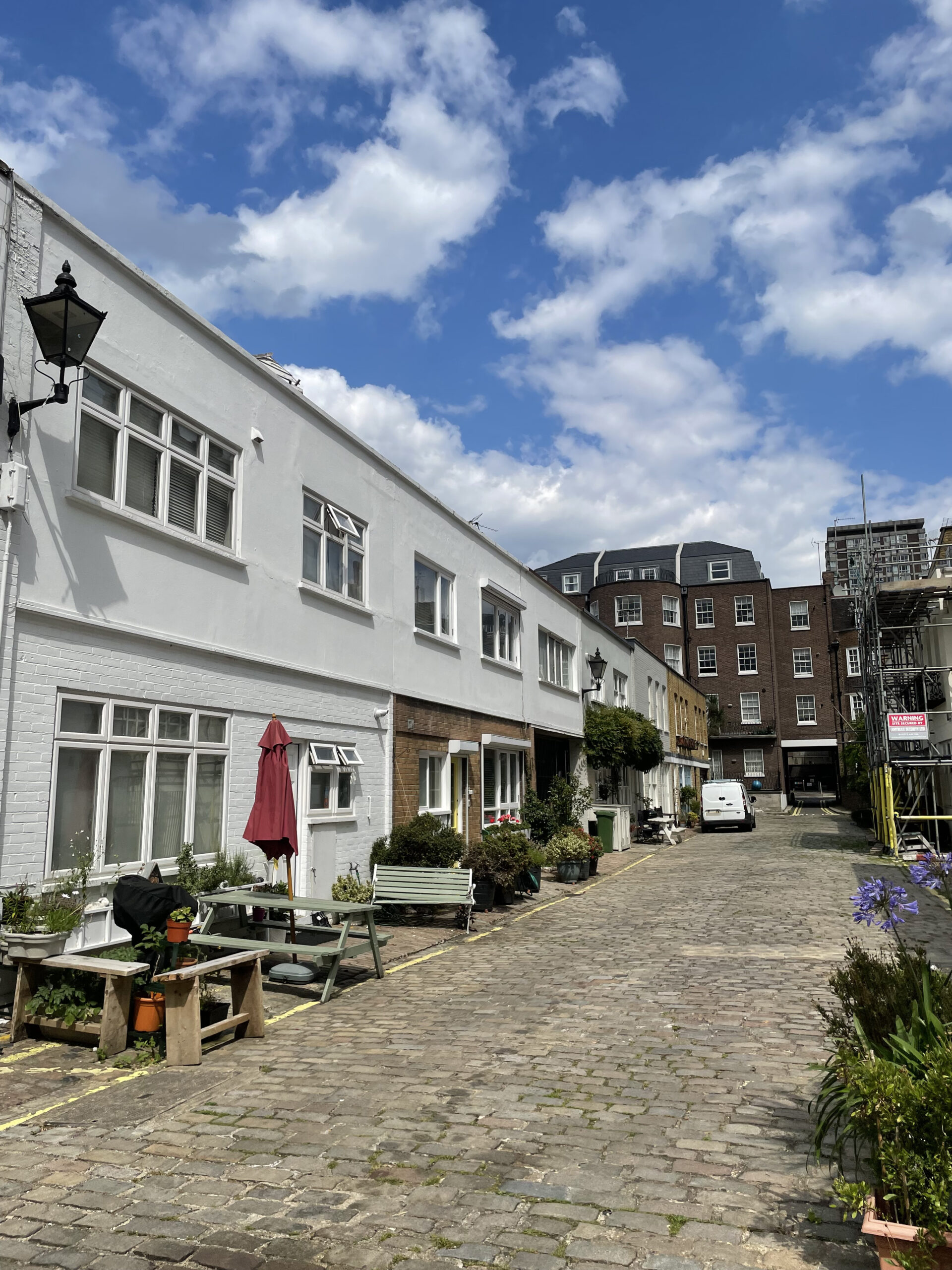 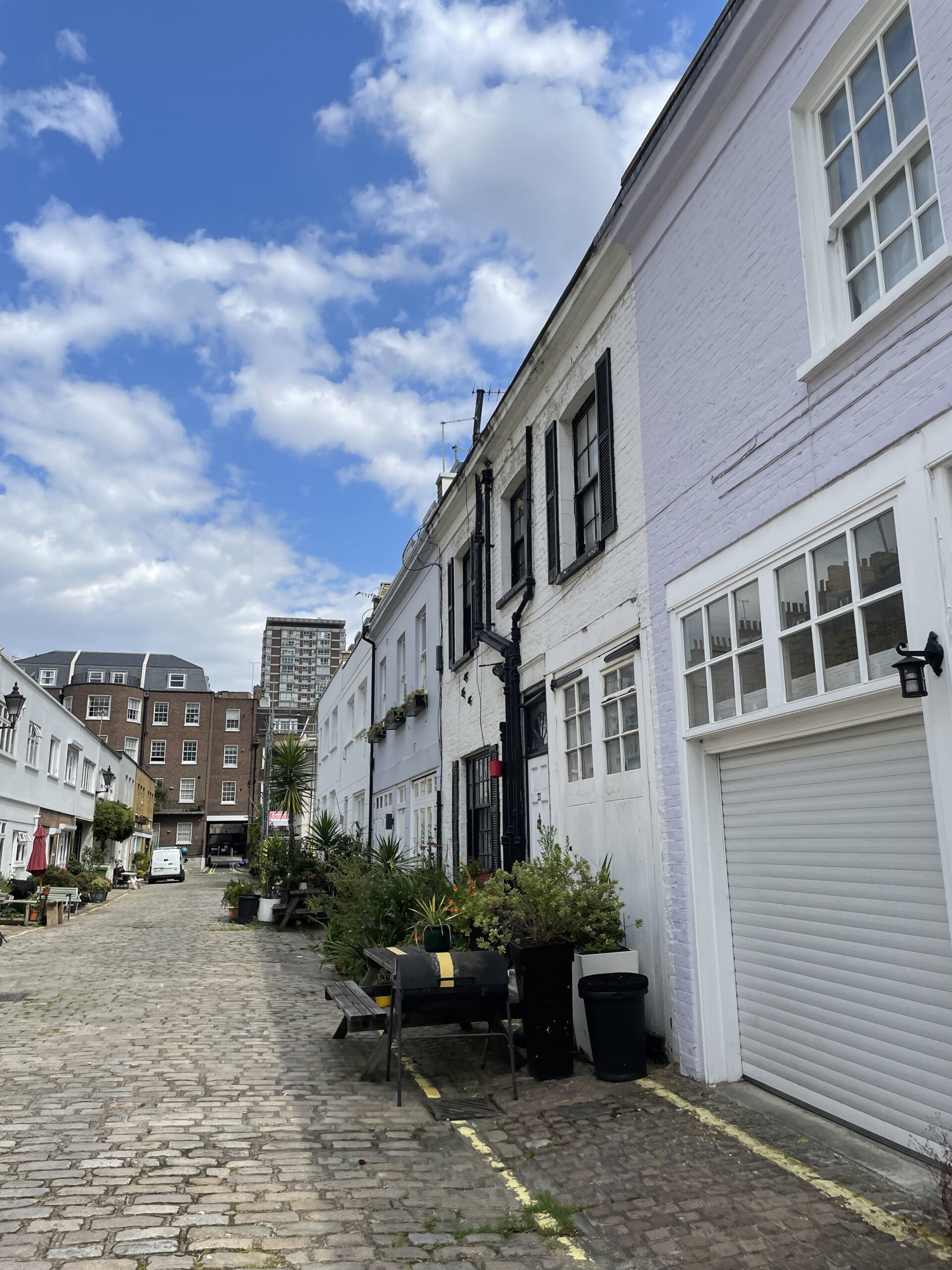 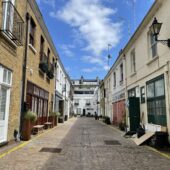 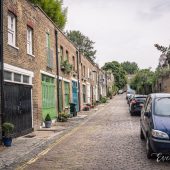