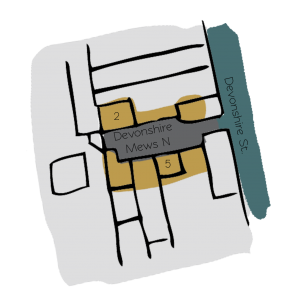 Devonshire Mews North is situated to the north of the Harley Street Conservation Area in Westminster. First designated in 1968, the area is now dominated by terraced houses of different periods and different levels of social status. It retains a substantial medical presence, whilst offices predominate to the eastern edges.

Four of the properties in the Mews are two-storey with dormer windows, all heavily altered. One property stands out, being low with a flat roof and bay windows. The Mews is not closed at the end but open to views of the mid-20th century flat block behind.

There have been a few planning applications made since 2003, notably use of the premises of one property for medical purposes and the excavation of a basement. Conservation Area controls now apply to any new development in the Mews. 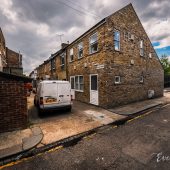