Addison Place is a part-cobbled through-road between Queensdale Road (opposite Queensdale Place, a redeveloped Mews) and Addison Avenue (opposite Taverners Close, containing a few Original properties) in the Royal Borough of Kensington and Chelsea. It contains 31 properties used for residential and commercial purposes. 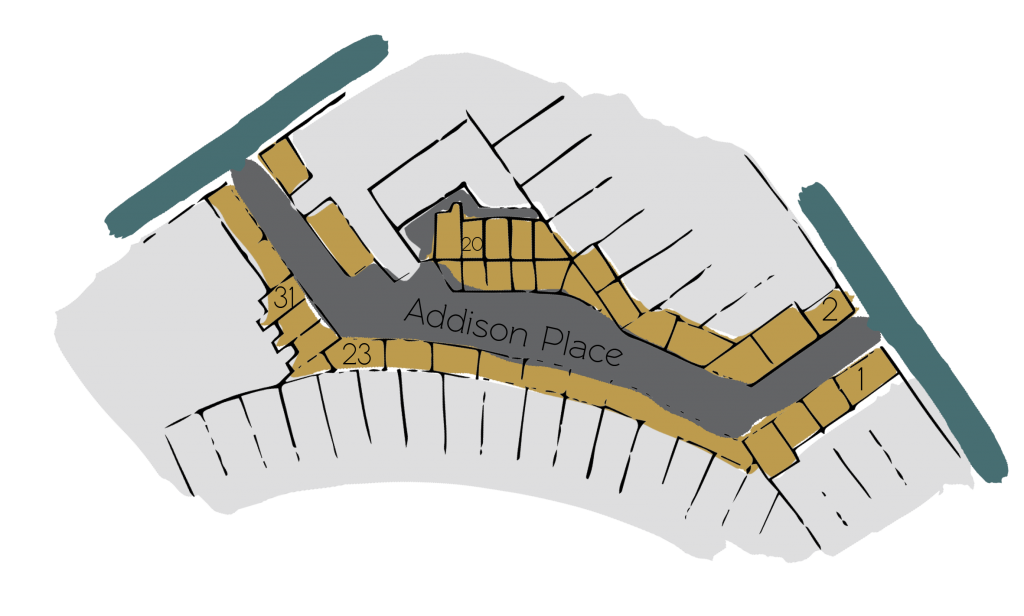 In 1940, a high explosive bomb is recorded falling onto Royal Crescent, just south-west of the Mews. When the London Poverty Maps were published, the area was noted as having a mixture of comfortable living conditions with average household salaries to poorer residences.

The two storey properties have pitched, gable and parapet roof styles and a mixture of painted brickwork or rendered facades. Parking is restricted along the mainly tarmacadam road (with a small cobbled section) and there are partial raised pavements. Numbers 14-22 Addison Place are Grade II Listed Buildings.

Before and since 2003 there have been many planning applications made for alterations to the properties on Addison Place; most notably concerning basement excavations, change of use from office to residential dwellings and changes to the fenestration. Conservation Area controls now apply to new development in the Mews. 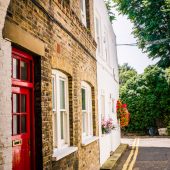