Seymour Walk is a Mews Style cul-de-sac off Fulham Road in the Royal Borough of Kensington and Chelsea, next to Hollywood Mews, a redeveloped Mews. Seymour Walk contains 58 properties, used for residential purposes.

In World War II, a high explosive bomb fell onto Farrier Walk, not far from the Mews. When the London Poverty Maps were published, the Mews was noted as having comfortable living conditions and ordinary household earnings for the time.

The two and three storey properties have a mixture of different roof styles and rendered or painted brickwork facades. Parking is allocated and restricted along the tarmacadam road surface, where there are also bollards present along with raised pavements.

The earliest houses in the street were built in 1793 as cottages and are Mews in style only; having no equine heritage. People were slow to move into the street; it wasn’t fully populated until the 1830’s.

Before and since 2003 there have been many planning applications made for alterations to the properties in Seymour Walk; most notably the demolition of several original properties. Conservation Area controls apply to any new development in the street. 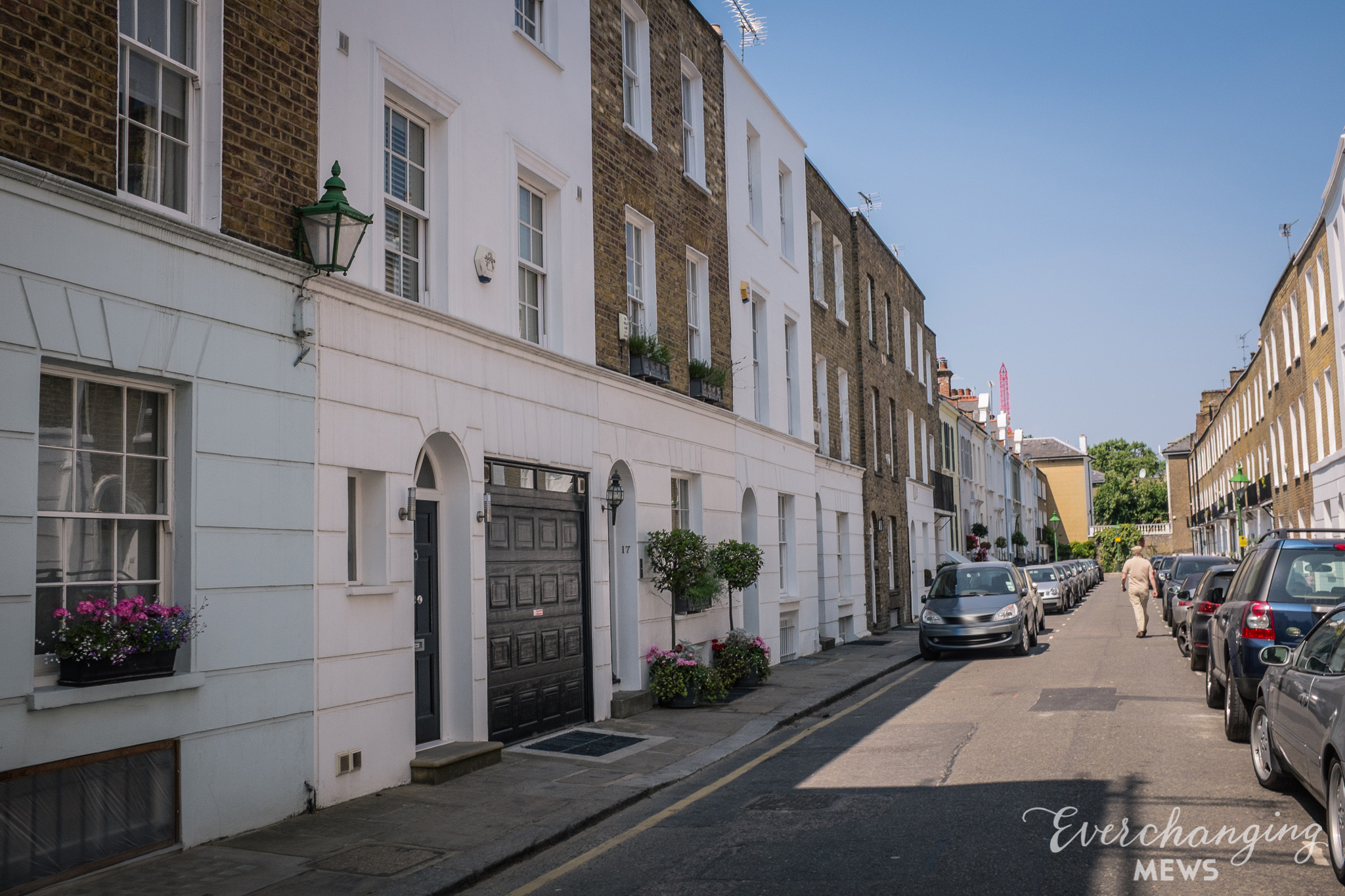 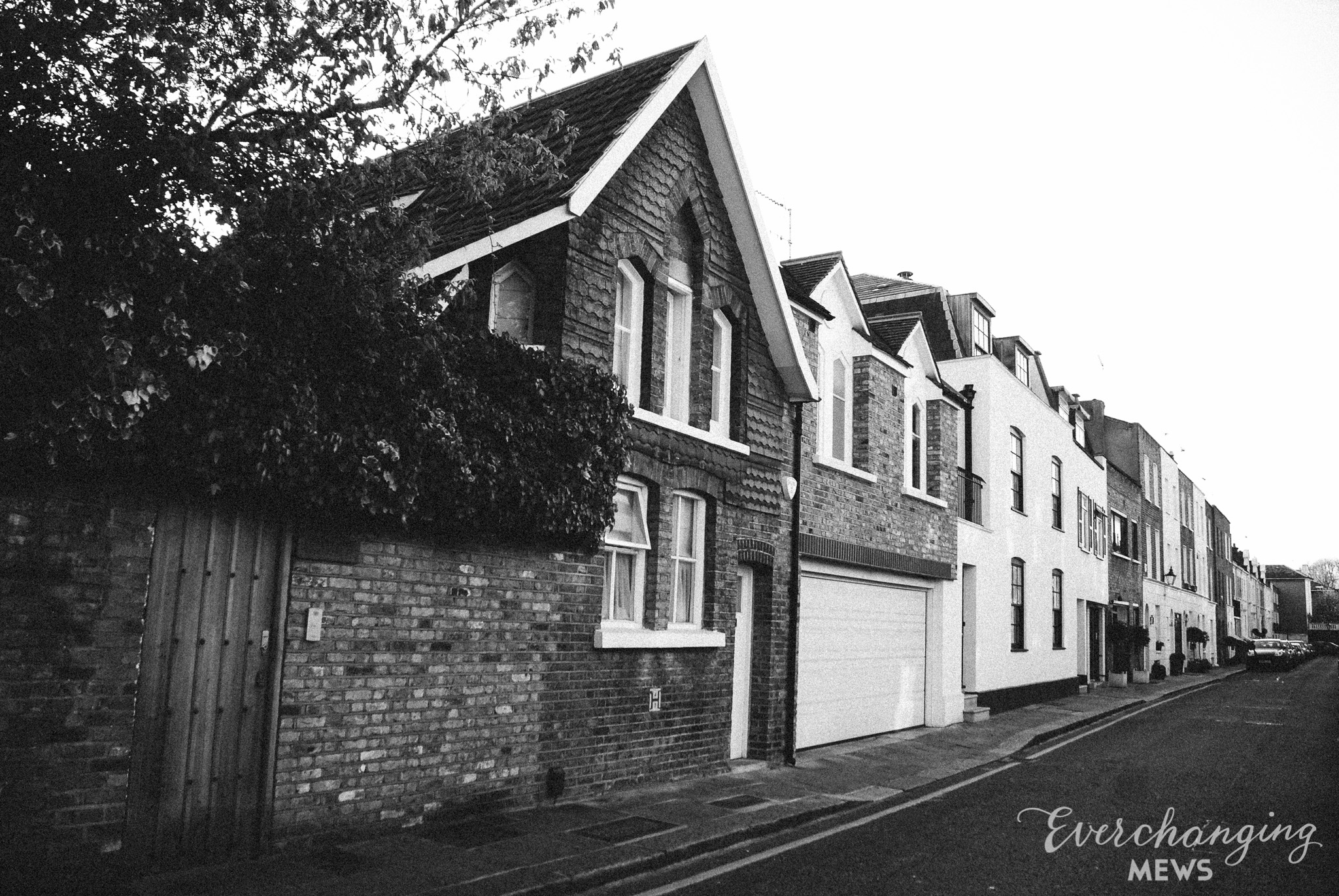 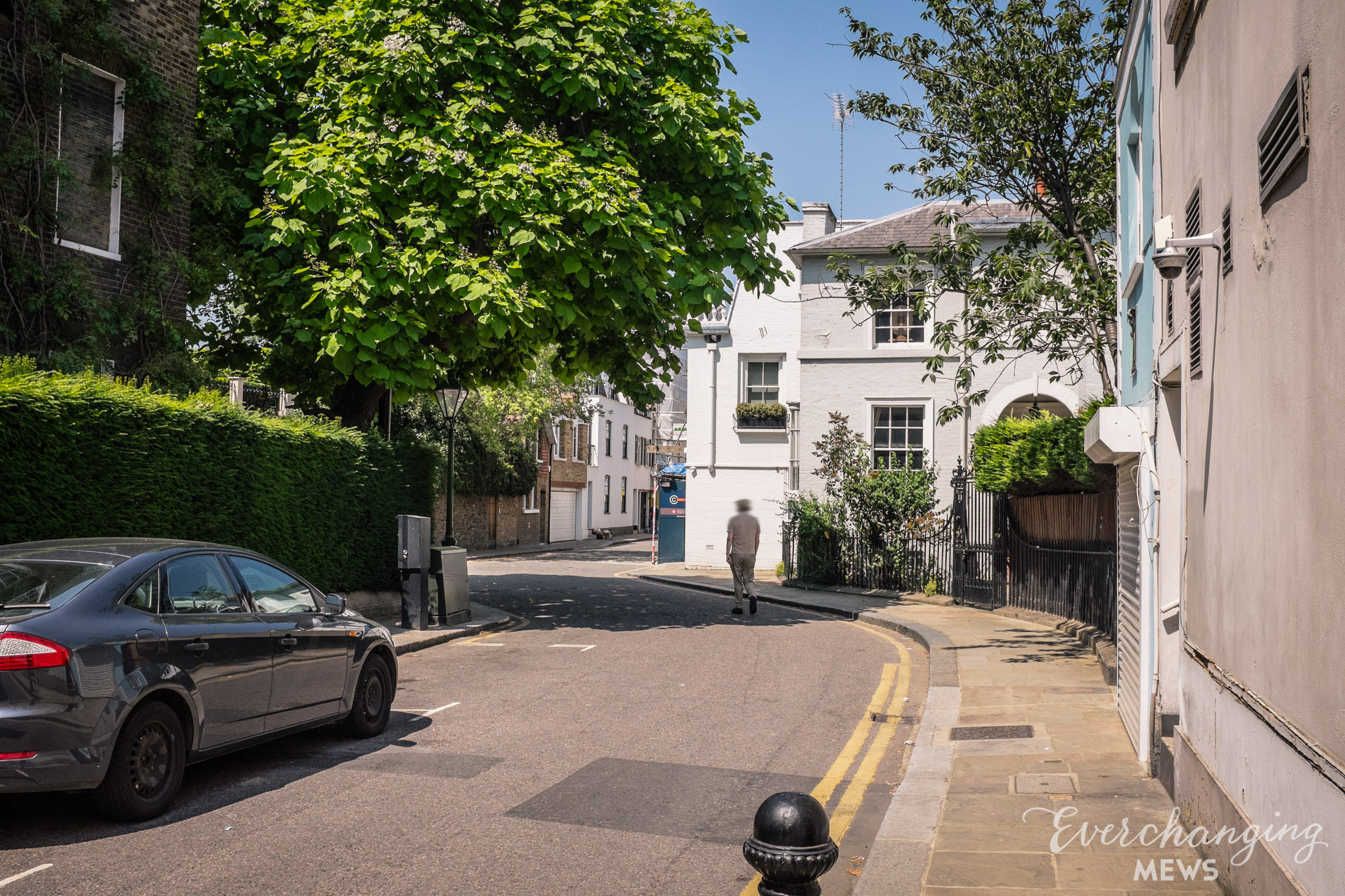 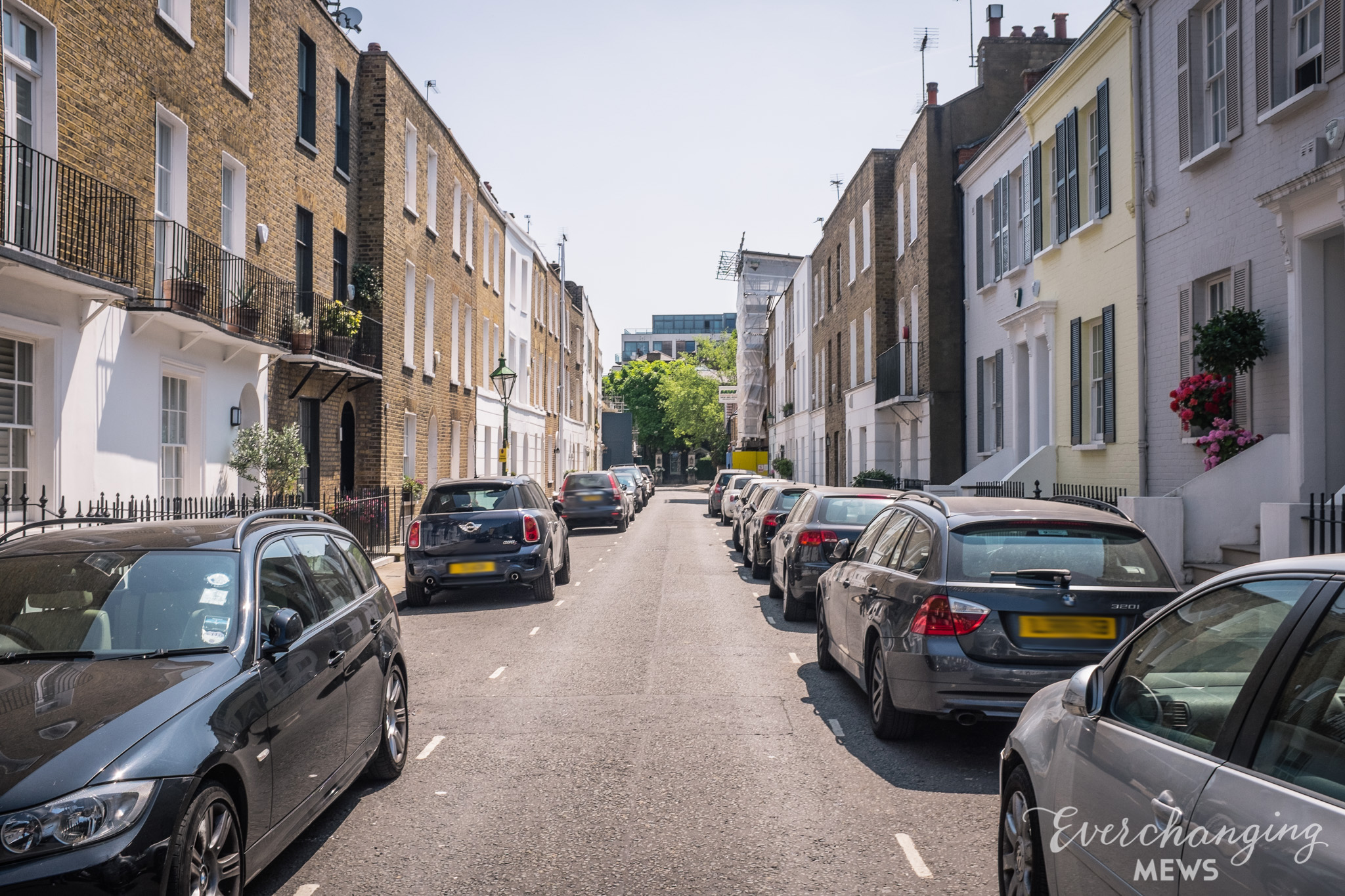