Richard’s Place is a cul-de-sac and pedestrian through road off Mossop Street in the Royal Borough of Kensington and Chelsea. Richard’s Place contains 14 properties used for residential purposes. It is located on the site of an original Mews but has been re-developed to a degree that it no longer contains any surviving Mews properties.

At some point between October 1940 and June 1941, a high explosive bomb fell directly onto Donne Place, west of the Mews (containing Mews Style properties) and in the past it was noted as having comfortable living conditions and ordinary household earnings for the time when the London Poverty Maps were first published.

The Mews is part of the ‘Chelsea’ Conservation Area; comprising groups of modest residential terraces between major roads an a plethora of predominantly single family houses showing the varying styles of development from the 1830s to the present day, the Chelsea area was first designated in 1971 to sit between the Royal Marsden Hospital in the west and the Hans Town and Sloane Square Conservation Areas in the east.

The two storey properties have rendered or painted brickwork facades with a mixture of mansard, pitched and parapet roof styles, surrounded by a tarmacadam road surface, raised pavements and raised party walls.

Before and since 2003 there have been many planning applications made for alterations to the properties in the Mews, most notably; roof alterations and a rear extension to a property. Conservation Area controls apply to any new development in the Mews. 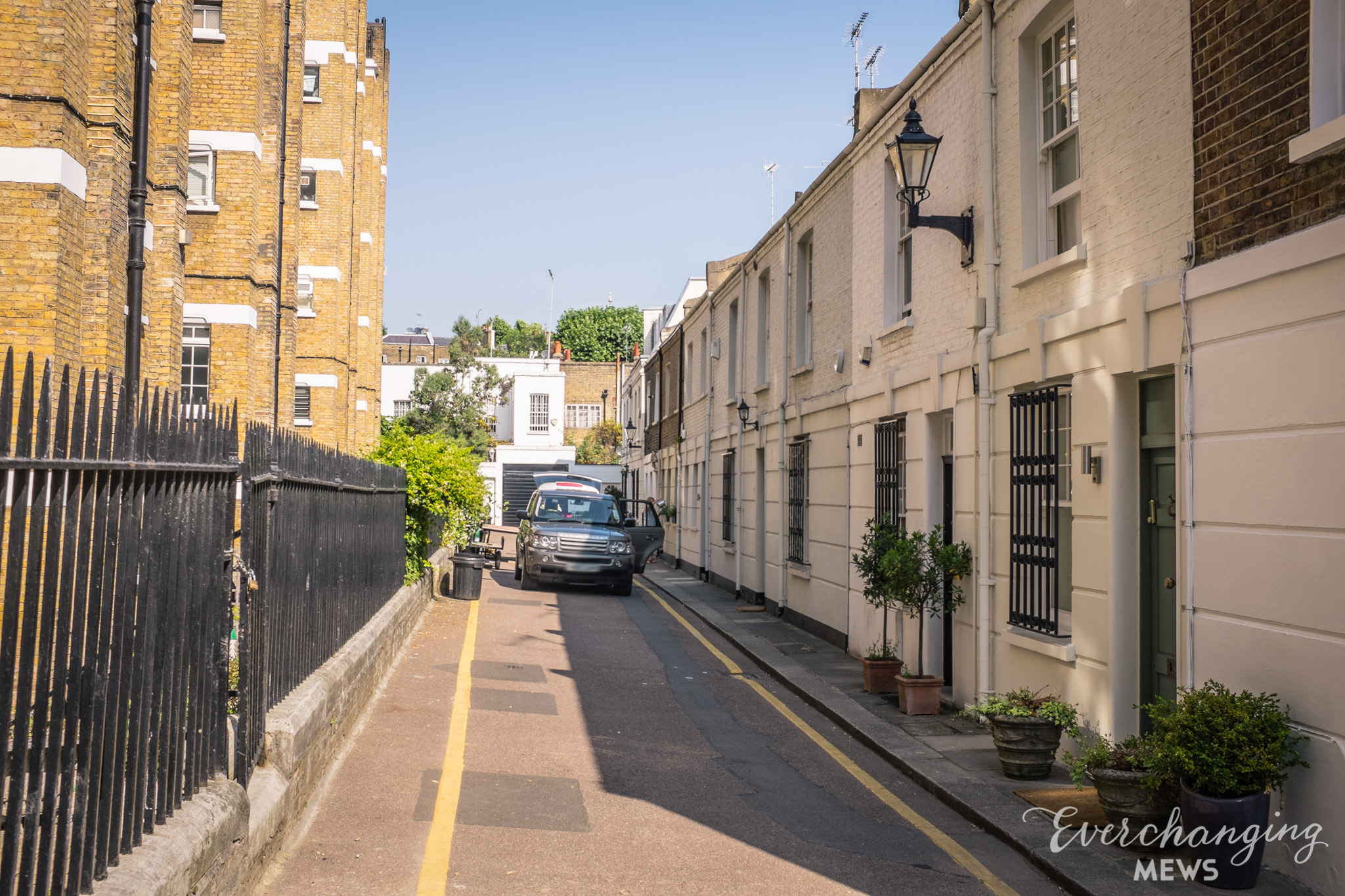 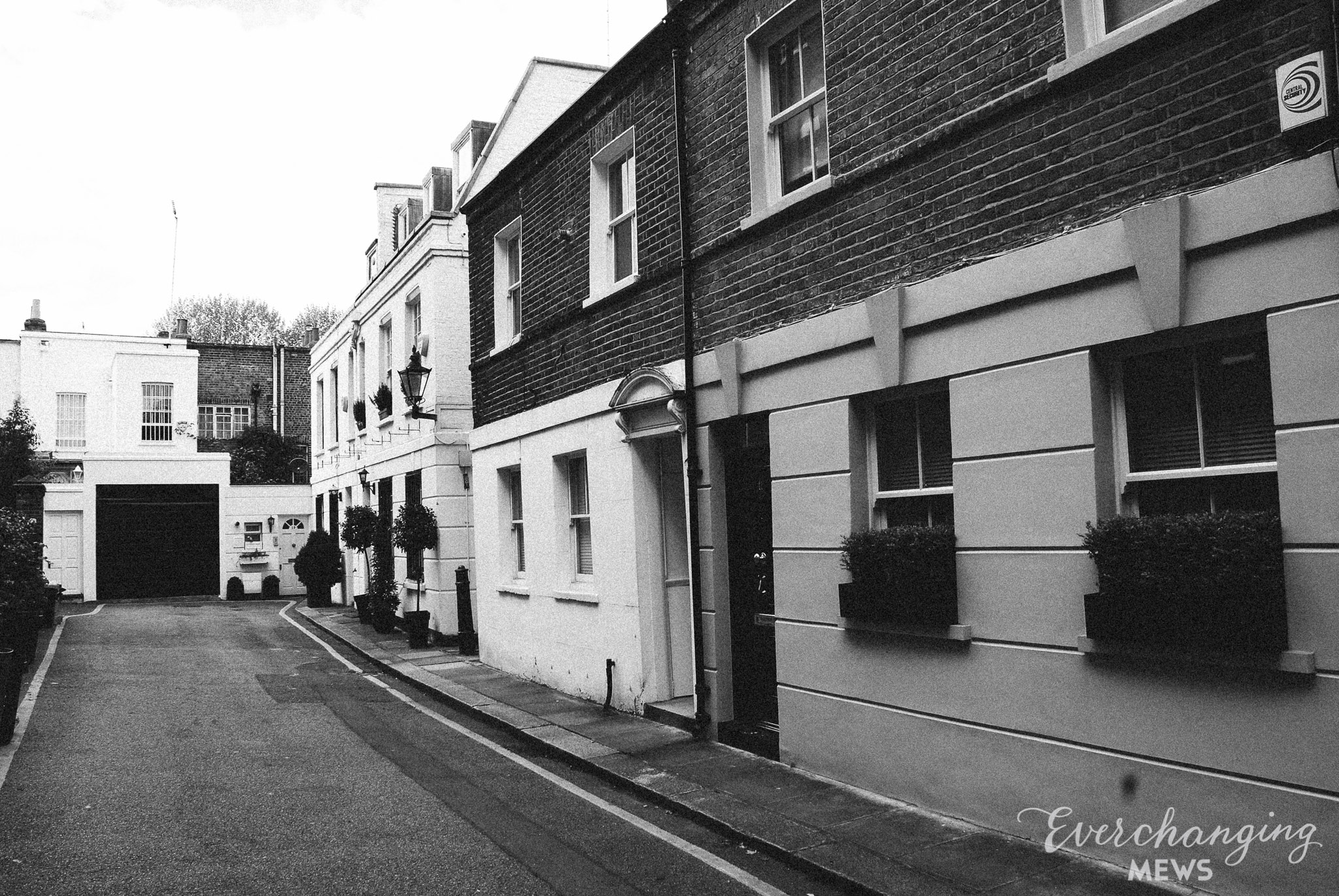 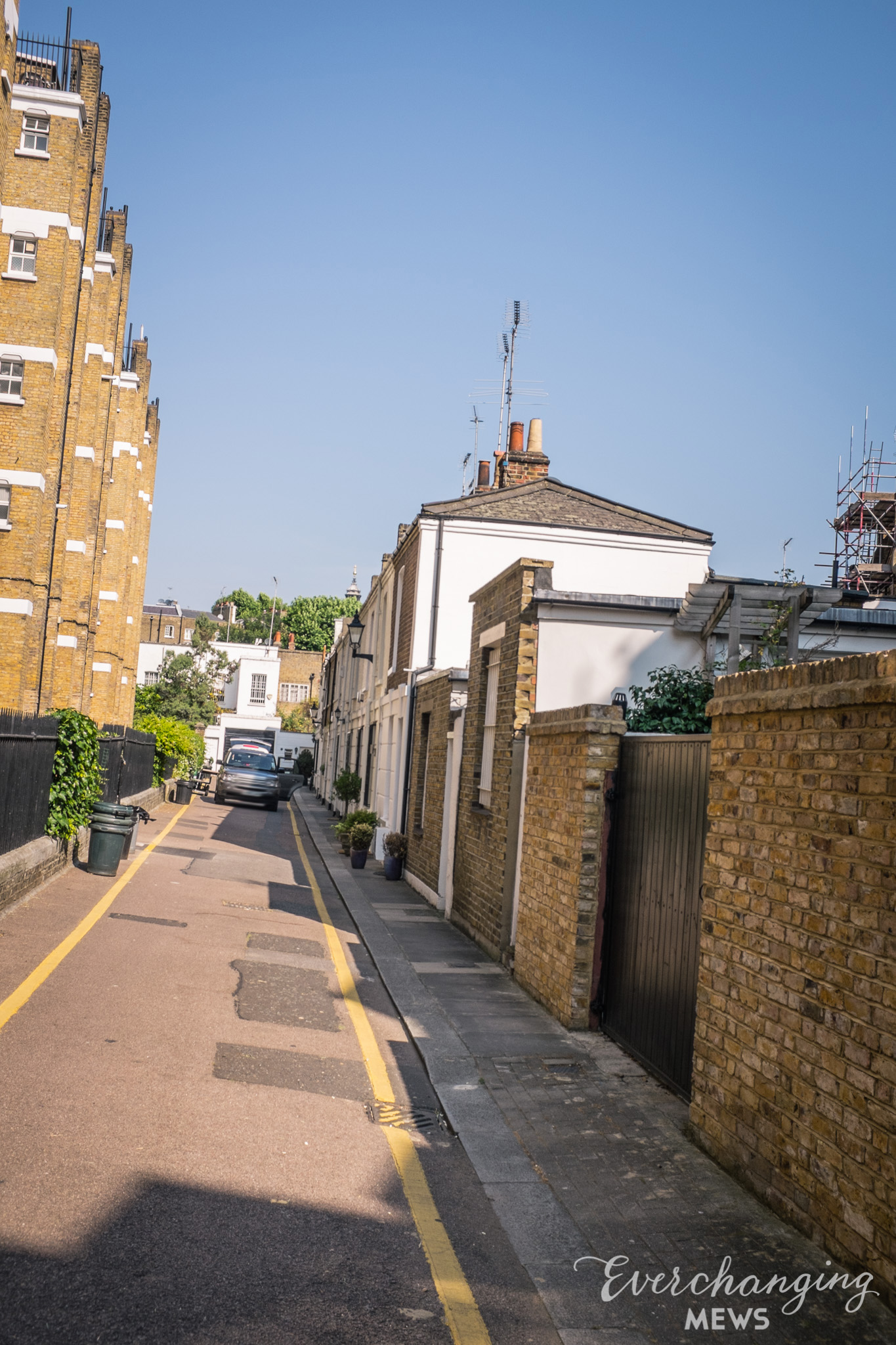 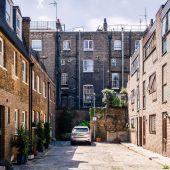