Pembroke Walk is a part-paved, Mews Style cul-de-sac off Pembroke Villas in the Royal Borough of Kensington and Chelsea. It contains 14 properties used for residential purposes and is parallel to Earl’s Walk, containing original/ surviving Mews properties.

When the London Poverty Maps were published, the area was noted as having comfortable living conditions with higher than average household salaries.

The small scale street is part of Kensington’s Edwardes Square, Scarsdale and Abingdon Conservation Area, which was first designated in January 1970 and extended in 1970 to cover part of Adam and Eve Mews (complete cover in 1981). The small-scale back streets contrast pleasantly with the major terraces. The area contains a fair number of Mews and individual studios off Stratford Road.

The one and two storey properties now have a mixture different roof styles and rendered or painted brickwork facades. Parking is restricted along the paved and tarmacadam road.

The street has no equine history and is therefore Mews in style only, containing a mixture of building types, some dating from around 1825. 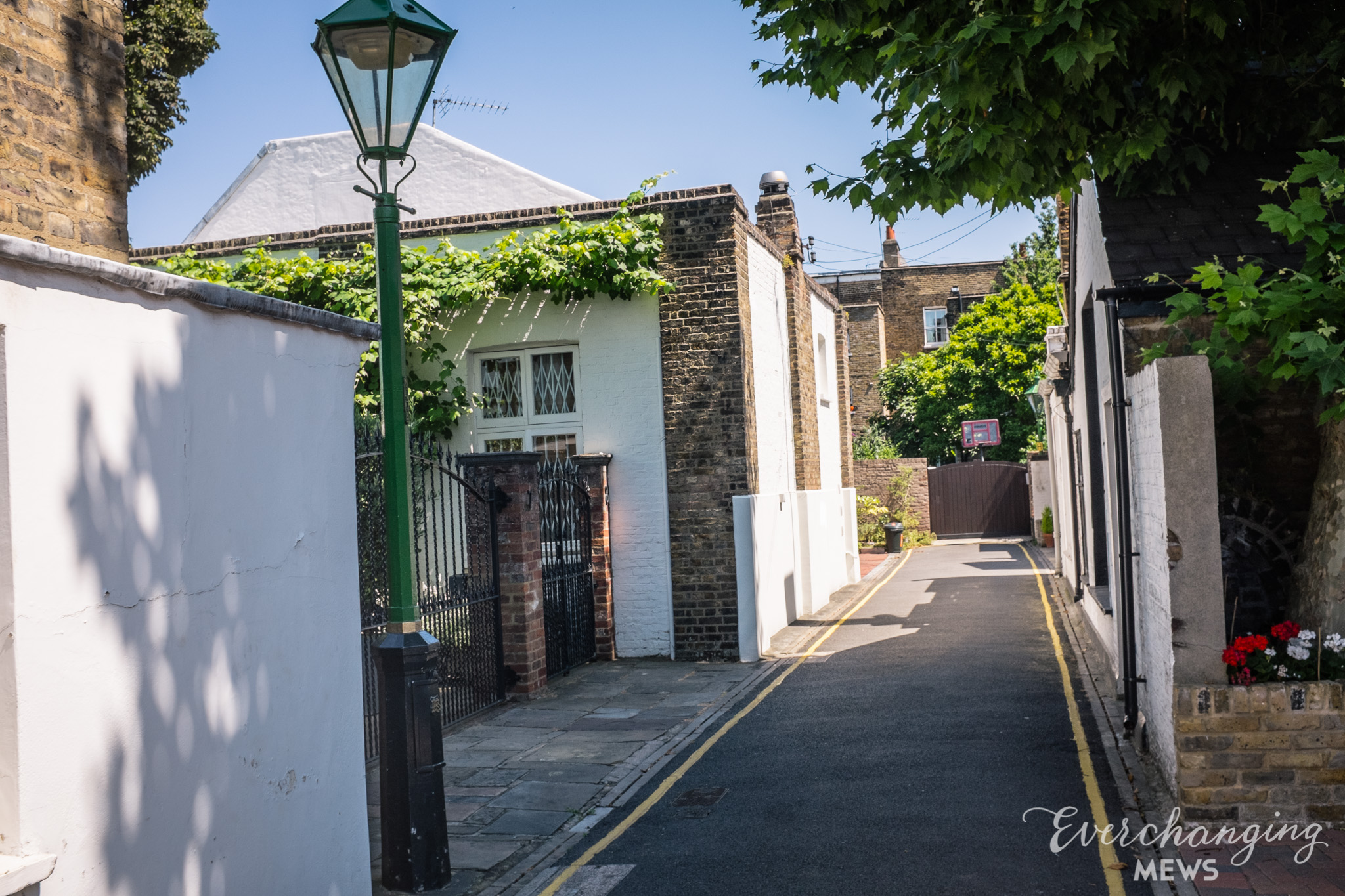 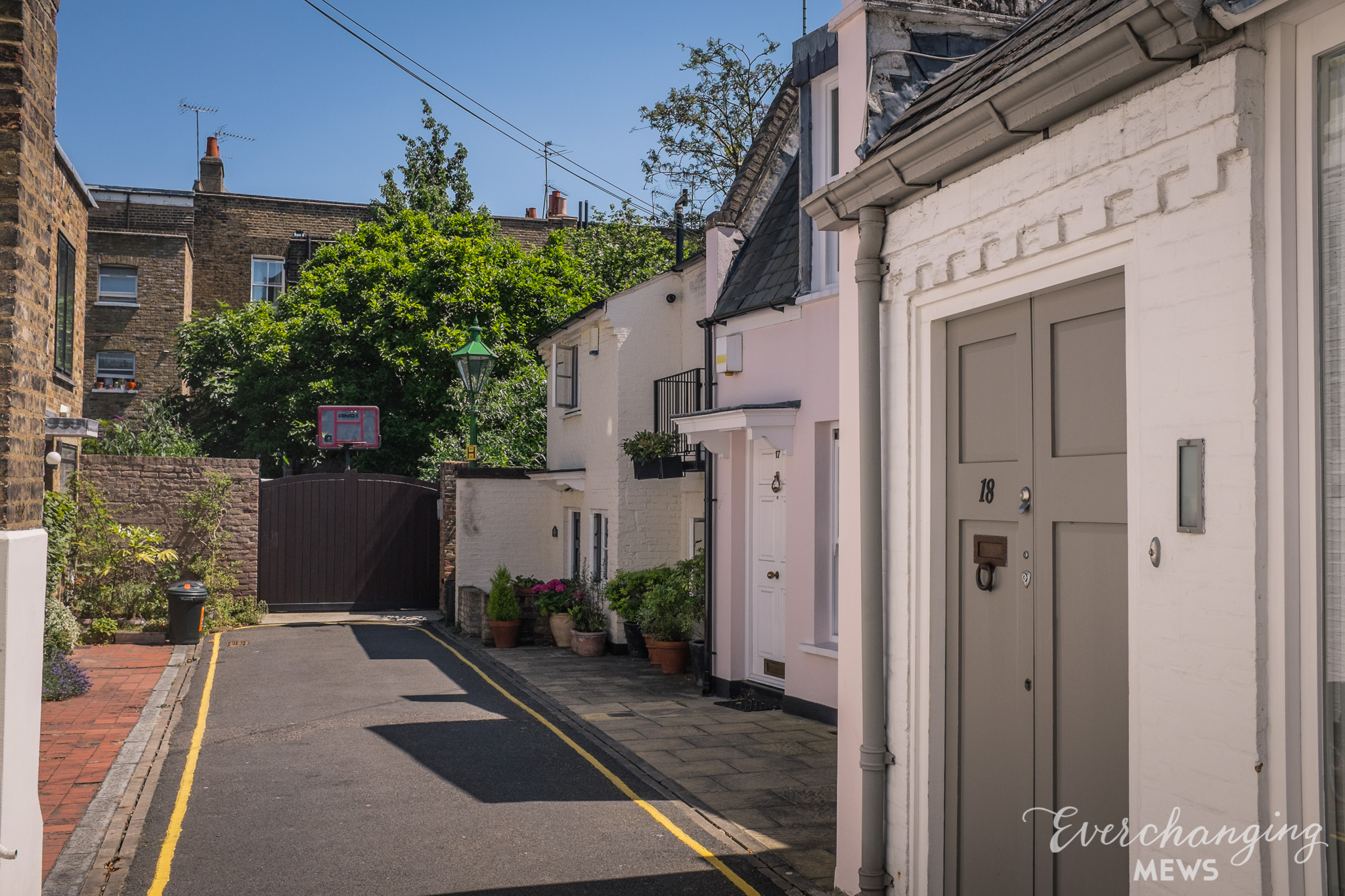 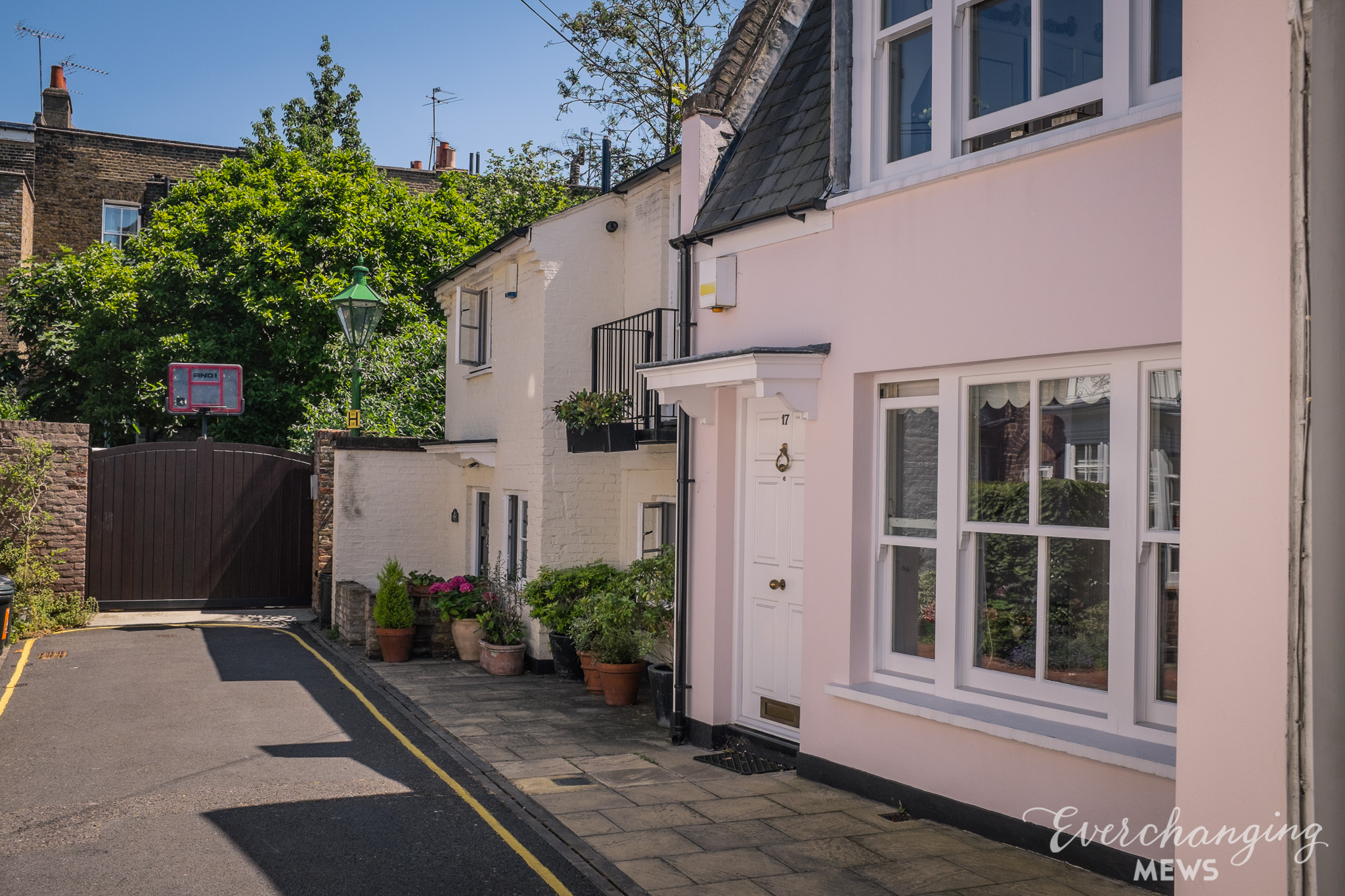 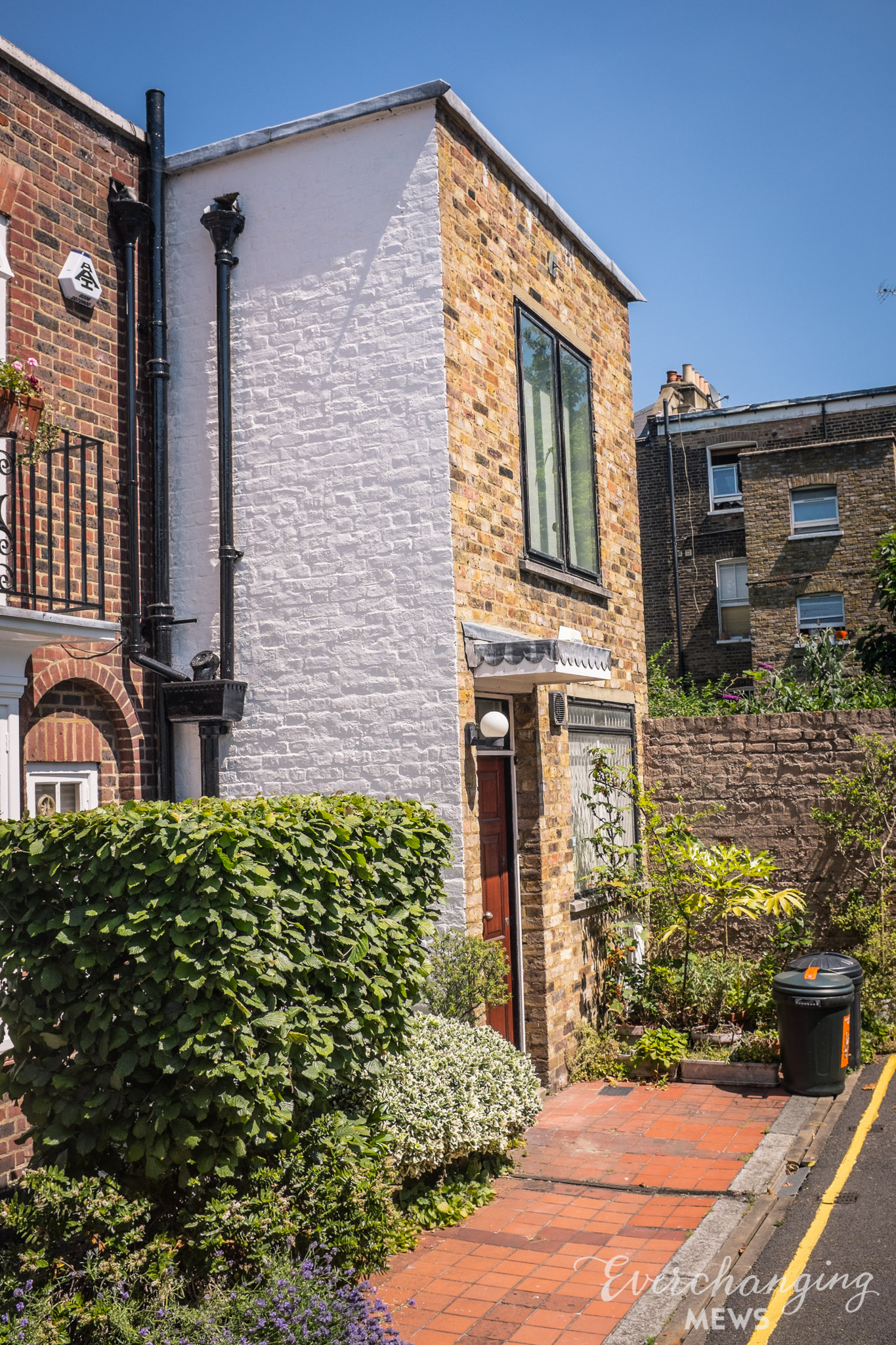 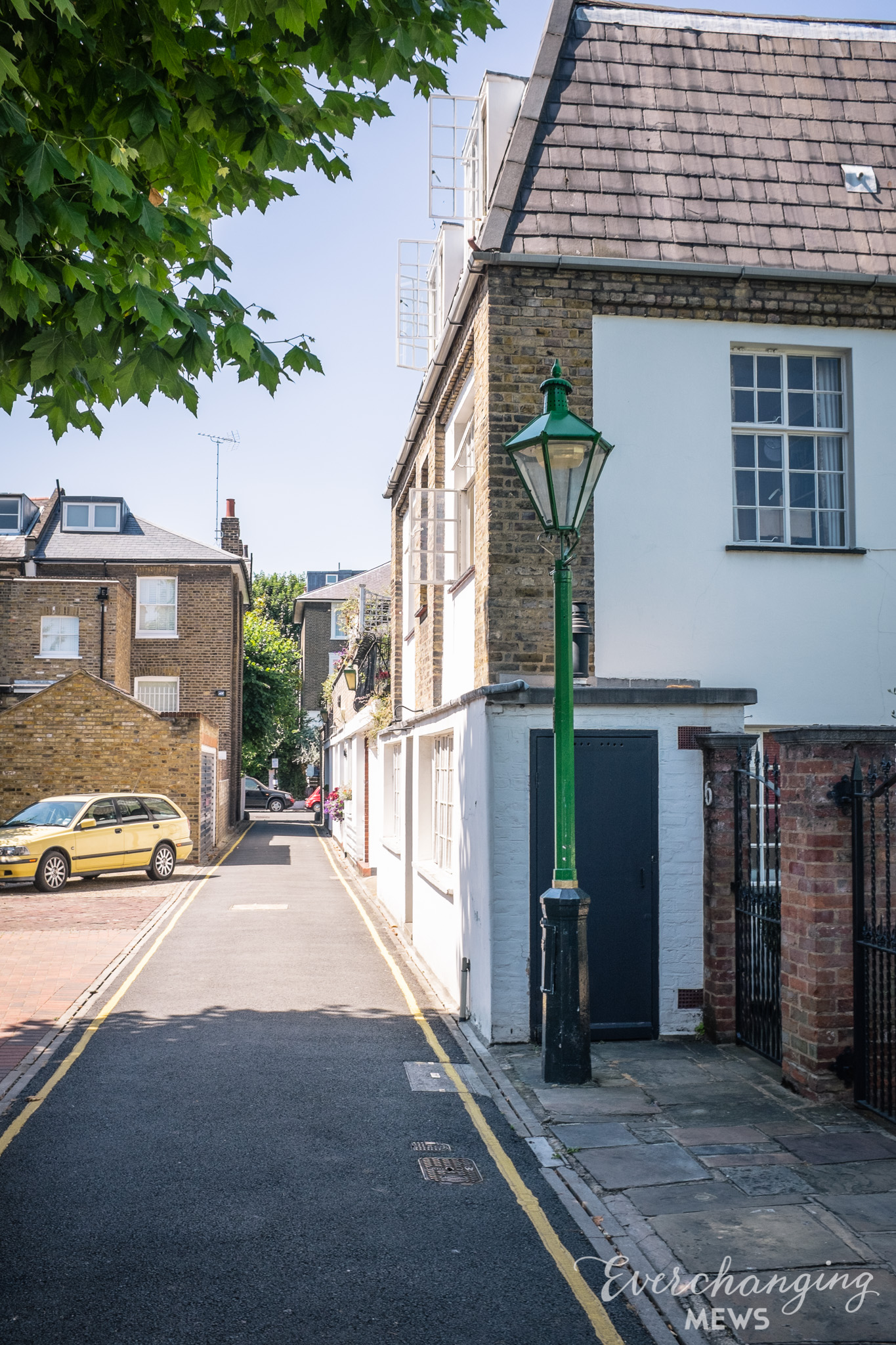 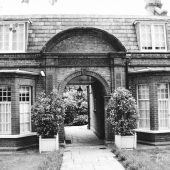 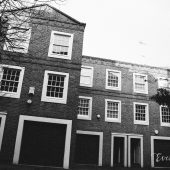