Derby Street is a Mews Style cobbled through road between Curzon Street and Pitt’s Head Mews (an original/ surviving Mews road) in Westminster. The street contains 5 properties used for commercial and residential purposes.

In 1940, a high explosive bomb is recorded falling directly onto Derby Street, resulting in many of the properties having to be rebuilt. When the London Poverty Maps were published, the area was noted as having comfortable living conditions with average household salaries, some being classed as more-well off/ middle-class.

The street is part of Westminster City Council’s Mayfair Conservation Area. First designated in 1969, it derives its name from a fair held in the month of May in fields around the site of today’s Shepherd Market. The area is dominated by fashionable town-houses (and their mews) reflecting the history of English domestic architecture from the early 18th to the early 20th century.

Numbers 2-5 on the eastern side were built around the mid-18th century in Georgian Style, but as houses rather than stables; having no equine history and are therefore Mews in style only. The four and five story properties, used for flats and businesses have a mixture of brickwork and rendered facades and mansard and parapet roofs.

Numbers 2, 3-4 and 5 Derby Street are all registered Listed Buildings.

Since 2003 there have been a few planning applications made for alterations to the properties, mainly changes to the fenestration. Conservation Area controls apply to any new development in the Mews. 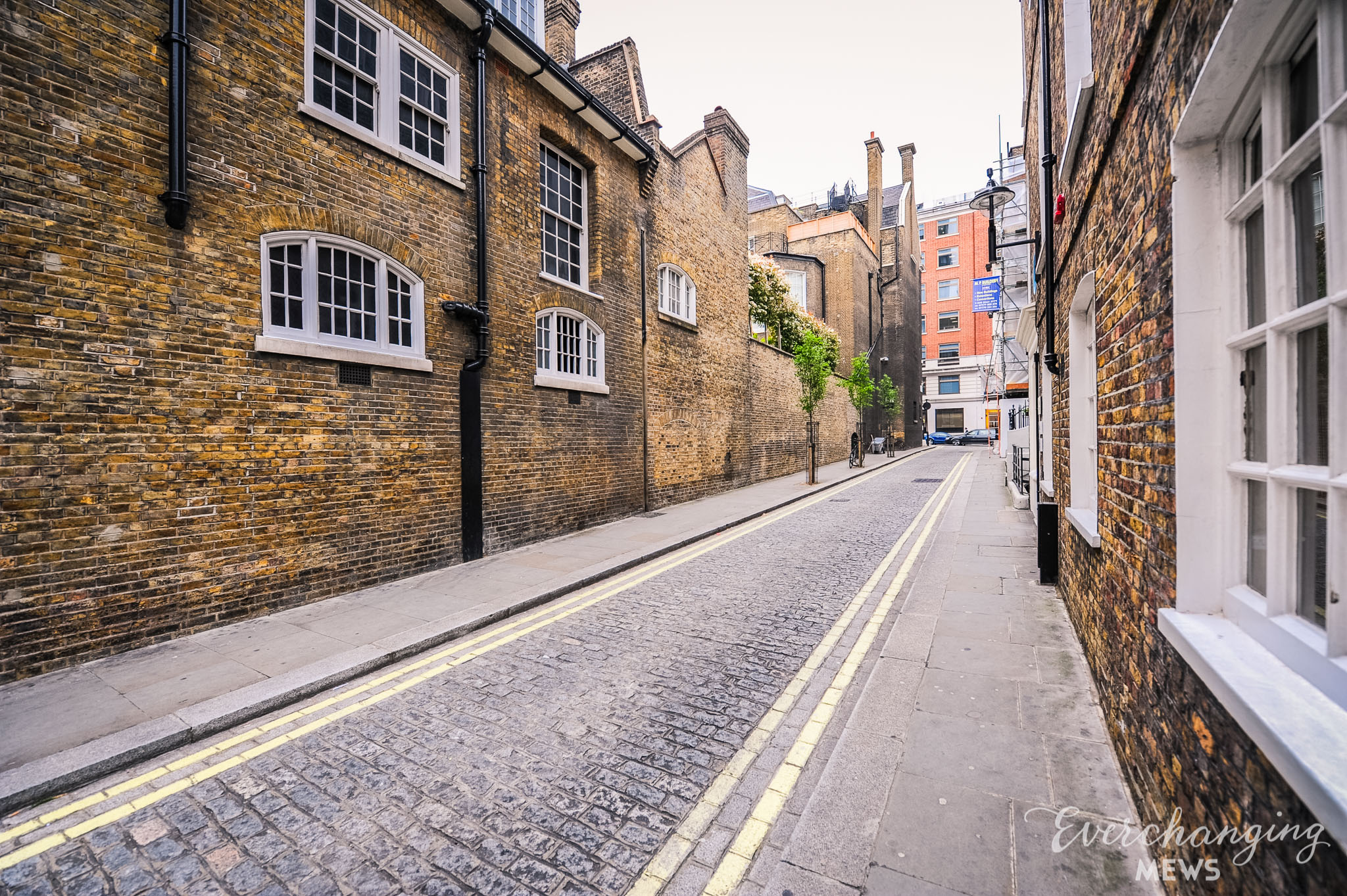 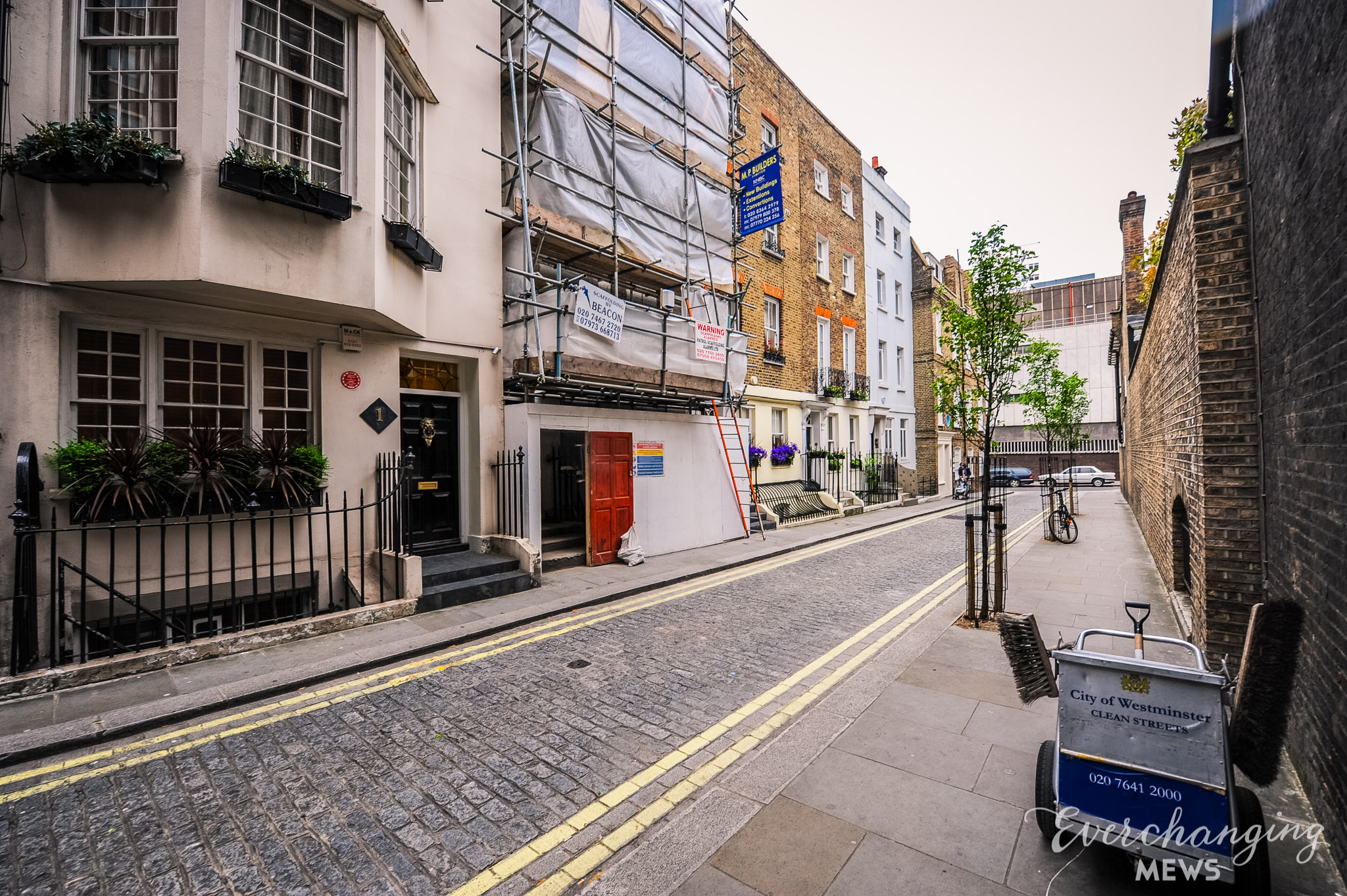 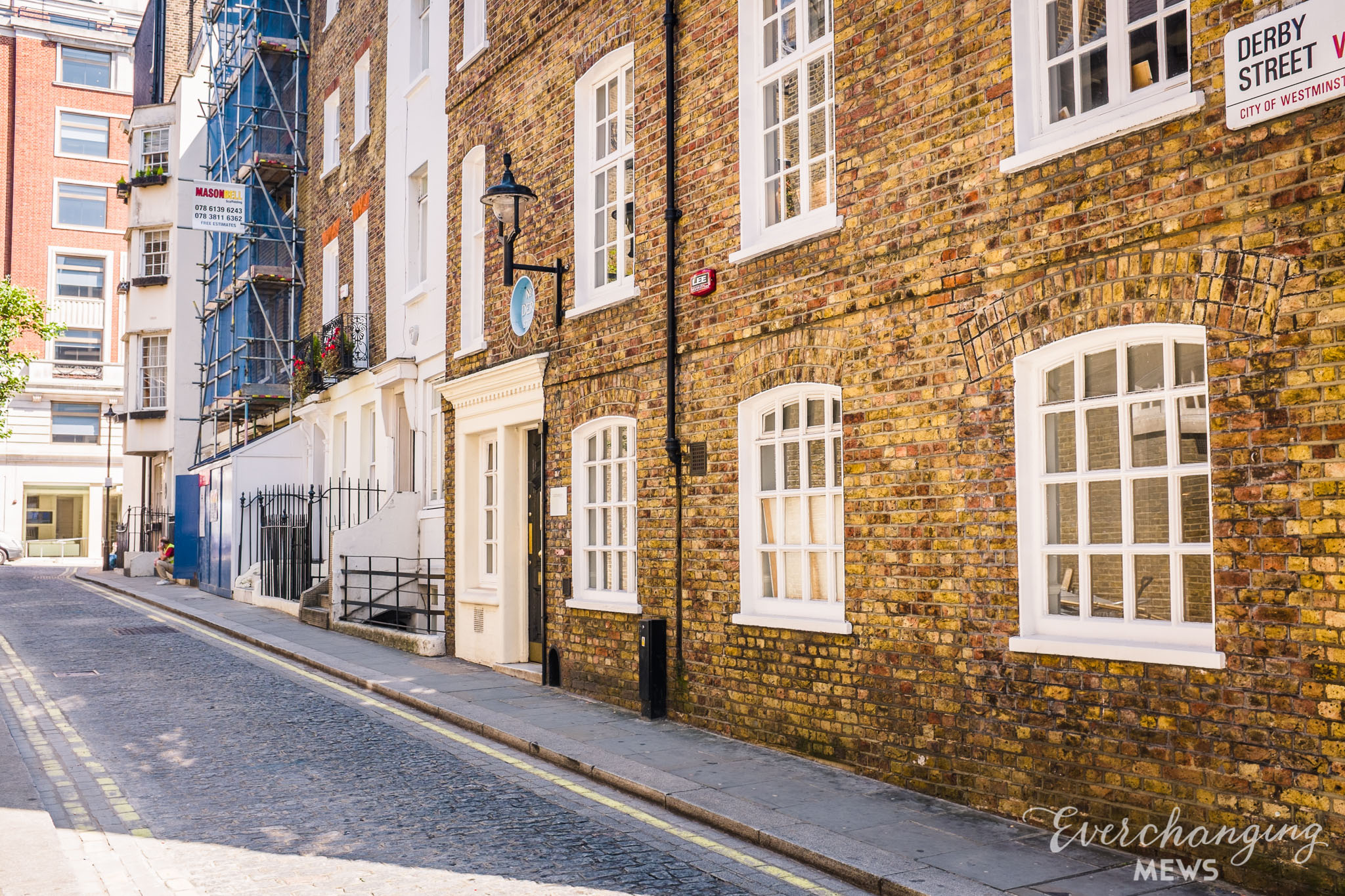 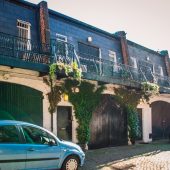