Cork Street Mews is a Mews-Style cul-de-sac approached through an entrance under a building on Cork Street. The Mews contains only 1 property and the access to the rear of surrounding commercial premises.

Between 1940 and 1941, a high explosive bomb is recorded falling onto Albemarle Street to the east of Cork Street Mews. The area was regarded as being middle class and financially well off when the London Poverty Maps were originally published.

The premises is surrounded by four storey, painted and rendered brickwork properties with mansard roofs. The road surface is tarmacadam and there are no garages present.

The Mews is primarily used for access to the surrounding commercial properties.

Since 2003 there have been a few planning applications made to the Mews, mainly alterations to the rear elevation. Conservation Area controls now apply to any new development in the Mews. 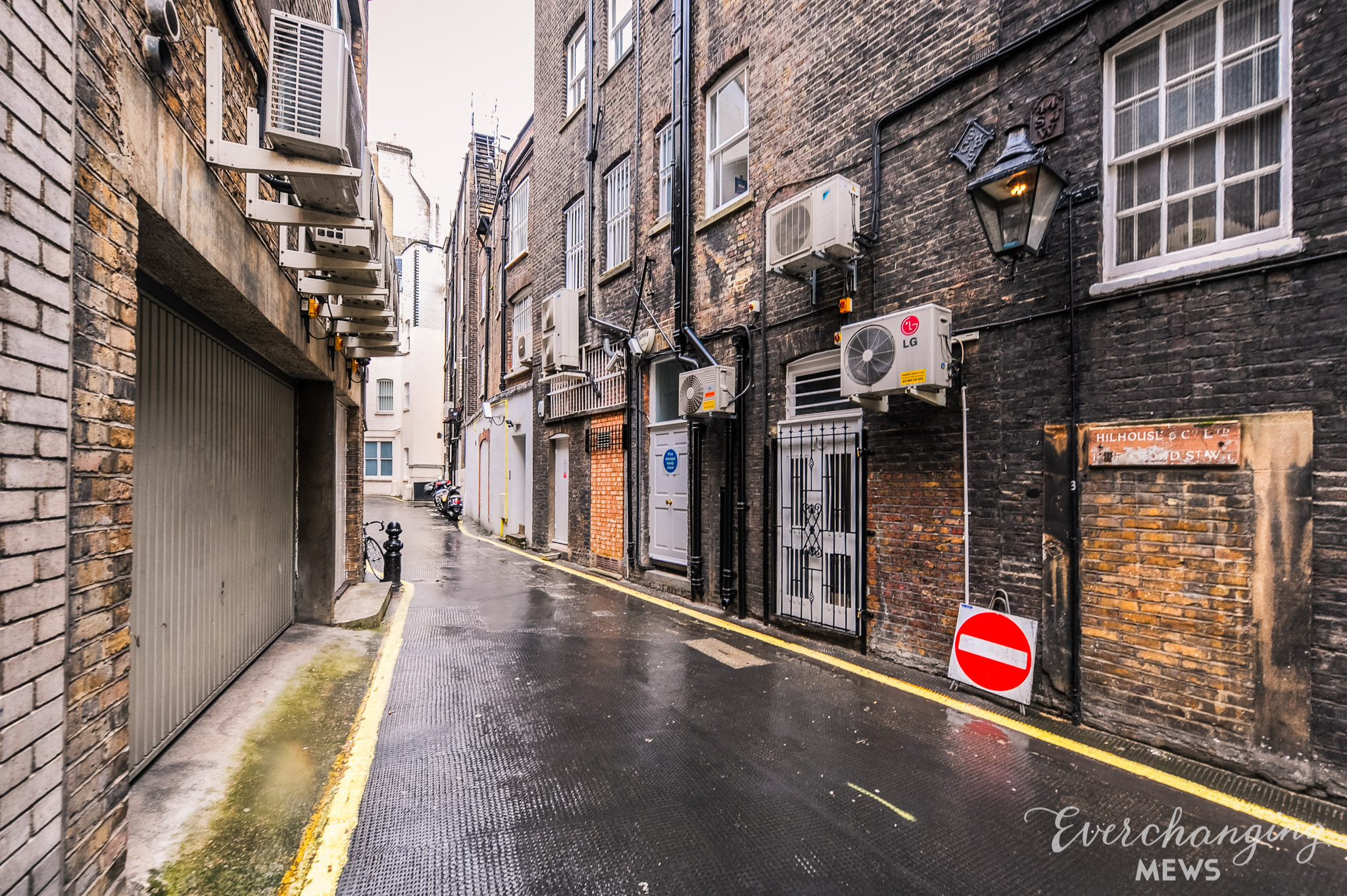