Charlotte Place is a Mews Style pedestrian through road accessed from Wilton Road in Westminster. The street contains 4 properties used for commercial and residential purposes and is roughly oriented in a south-east to north-west direction.

In World War II, a high explosive bomb fell directly onto Wilton Road and the properties had to be rebuilt as a result. When the London Poverty Maps were published, the area was described as being comfortable with normal household earnings.

Charlotte Place is situated within Westminster City Council’s Pimilico Conservation Area. Constructed over a short period (1830’s to 1870’s), the area has a layout of formal streets and squares, lined by terraces of houses in the Classical tradition. The mews are situated behind the squares and fill in the street blocks. They are characterised by a more intimate setting than the main streets and are often entered through an archway. The buildings typically consist of two storeys and are generally scaled width-wise to the same size as the main properties that they are linked to.

The three storey properties in Charlotte Place have a mixture of painted brickwork and rendered facades, with a variety of different roof styles surrounded by a paved road surface.

The street dates back from around 1761 and still contains many intact shopfronts. The road was used commercially rather than for equine purposes and nowadays they are mainly used for residential purposes although some commercial activity still remains. There have been a fair number of planning applications made since 2003, mainly permission to place tables and chairs outside the premises. Conservation Area controls now apply to any new development in the street. 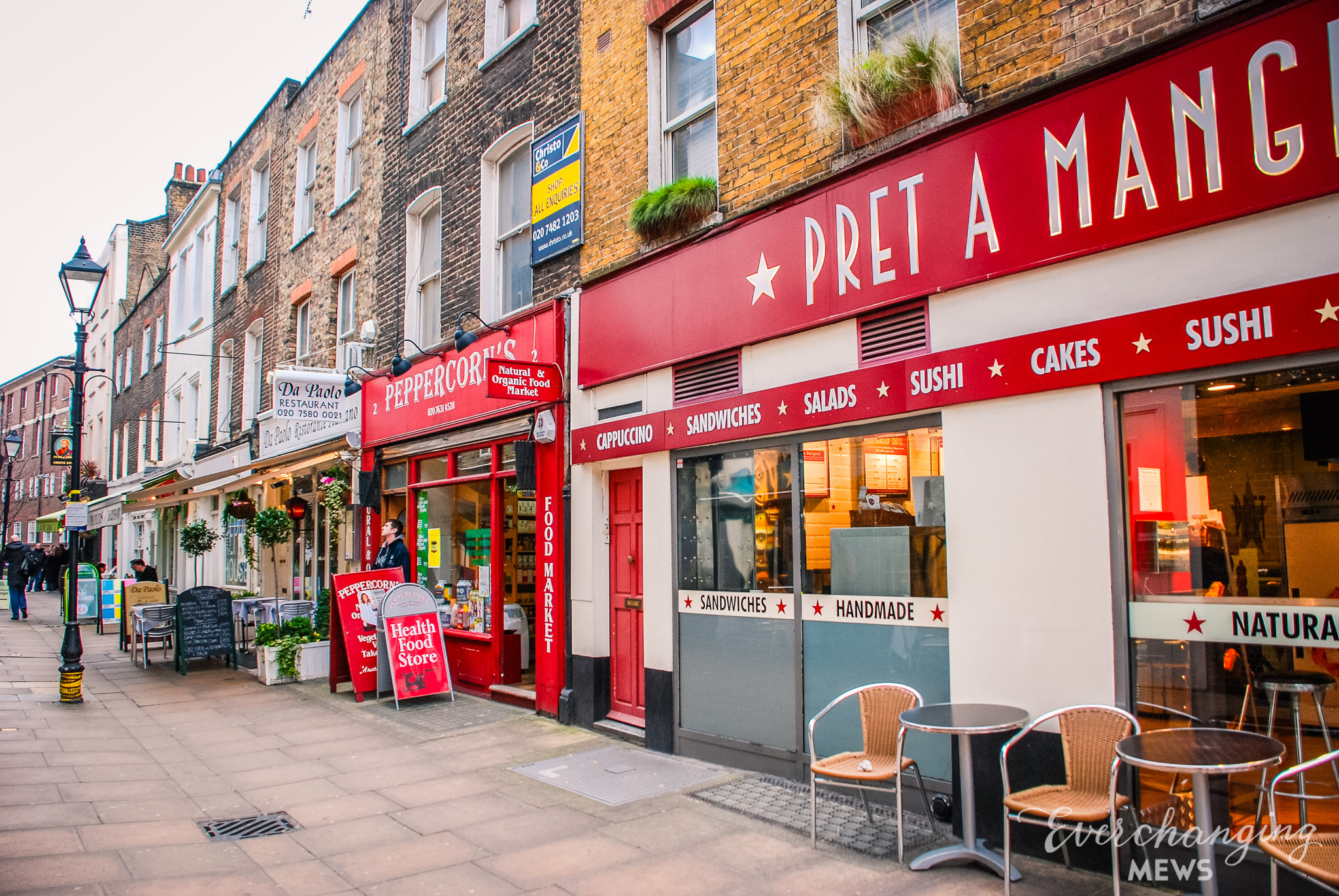 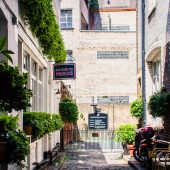