Capeners Close is a narrow, gated Mews Style courtyard with no vehicular access off Kinnerton Street in Westminster. The Close contains 4 properties and is approached through an entrance under a building.

In World War II, a bomb is recorded falling directly onto Ann’s Close, a nearby Mews Style close. The cul-de-sac is recorded as having a mixed classification of poverty when the London Poverty Maps were first published. Some households had comfortable living conditions whilst others were seen as poor in comparison.

Capeners Close is part of Westminster City Council’s Belgravia Conservation Area; first designated in 1968, it was laid out as a fashionable residential area to the west of Buckingham Palace. There is a high degree of townscape uniformity and a formal layout based on a grid pattern. The area is predominantly residential with some shops on the edges. There are also a significant number of embassies, diplomatic buildings and institutional headquarters.

The small, enclosed cul-de-sac contains one, two and three storey painted brickwork buildings, surrounded by a stone road with paving. The properties have roofs hidden behind parapet walls and there are no garages or room for parking.

The close are domestic in character rather than the typical service character of a traditional Mews building, similar in form to Ann’s Close.

There are no records of any planning applications made before or since 2003. Conservation Area controls now apply to new development in the Close. 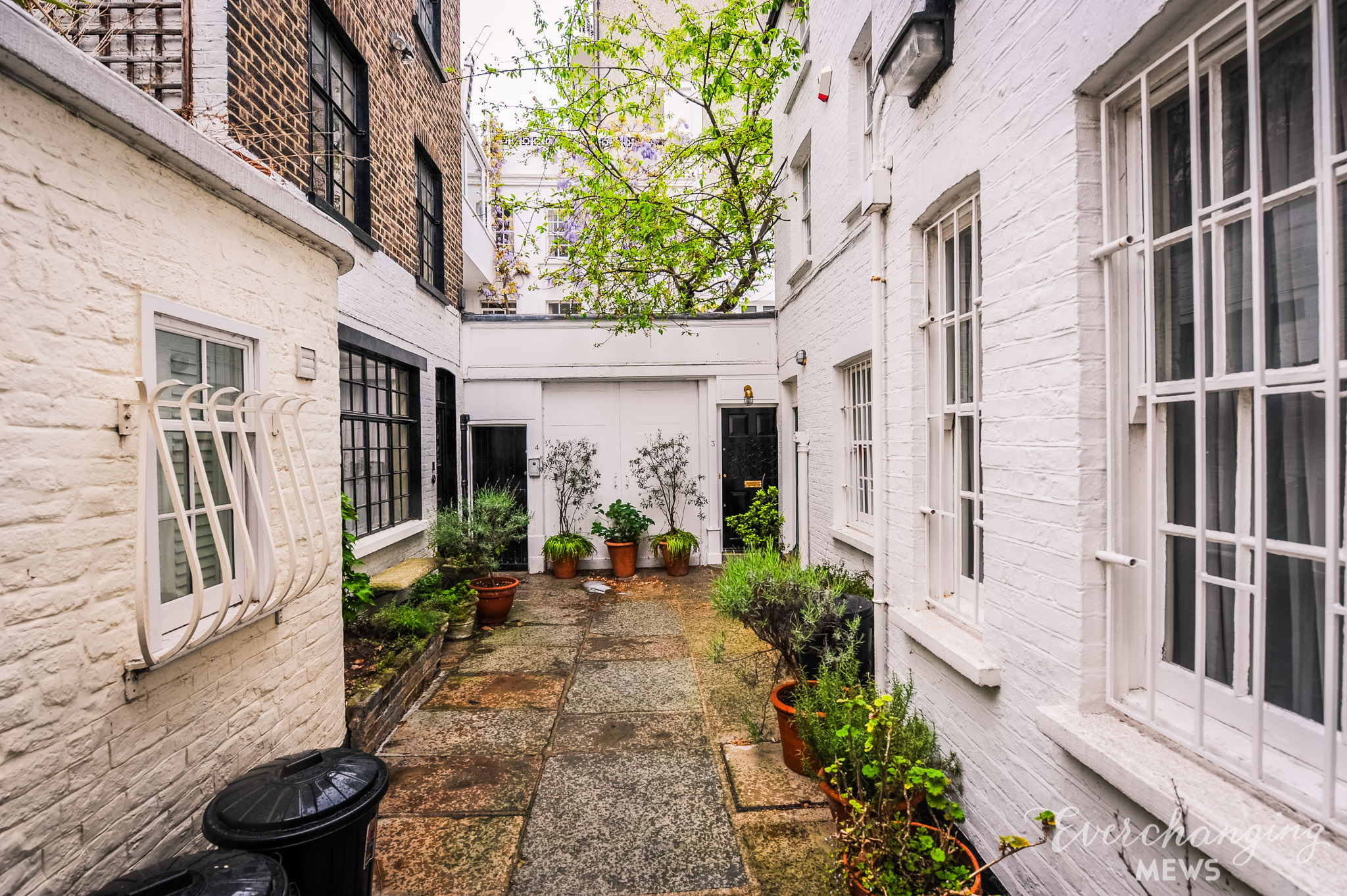