Situated within Inner London in the Borough of Camden, is St. Paul’s Mews; a gated and cobbled redeveloped Mews cul-de-sac off St. Paul’s Crescent. The Mews contains 30 properties used for residential purposes and was built around 1990 on the site of an Original Mews. 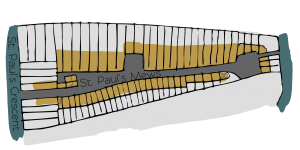 A high explosive bomb fell onto Agar Grove, north of the Mews, presumably causing damage to the properties in World War II.

Built between 1987-91 and laid out in a double curve, the three storey properties have plain and rendered brickwork facades with a mixture of gable and parapet roof styles, surrounded by a cobbled road surface. The properties are linked together with panelled garages and entrances, with two storeys of brick above for accommodation. 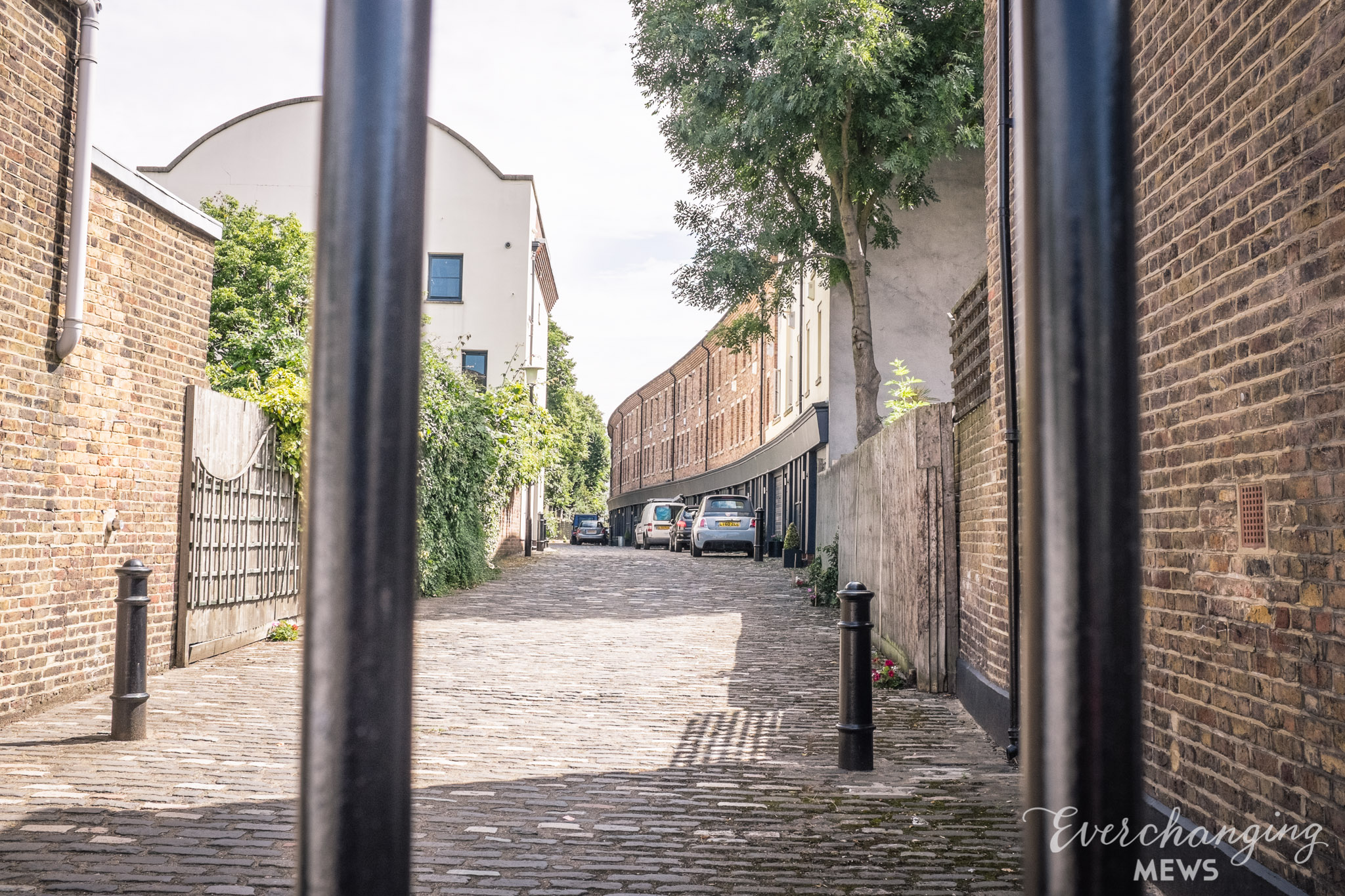 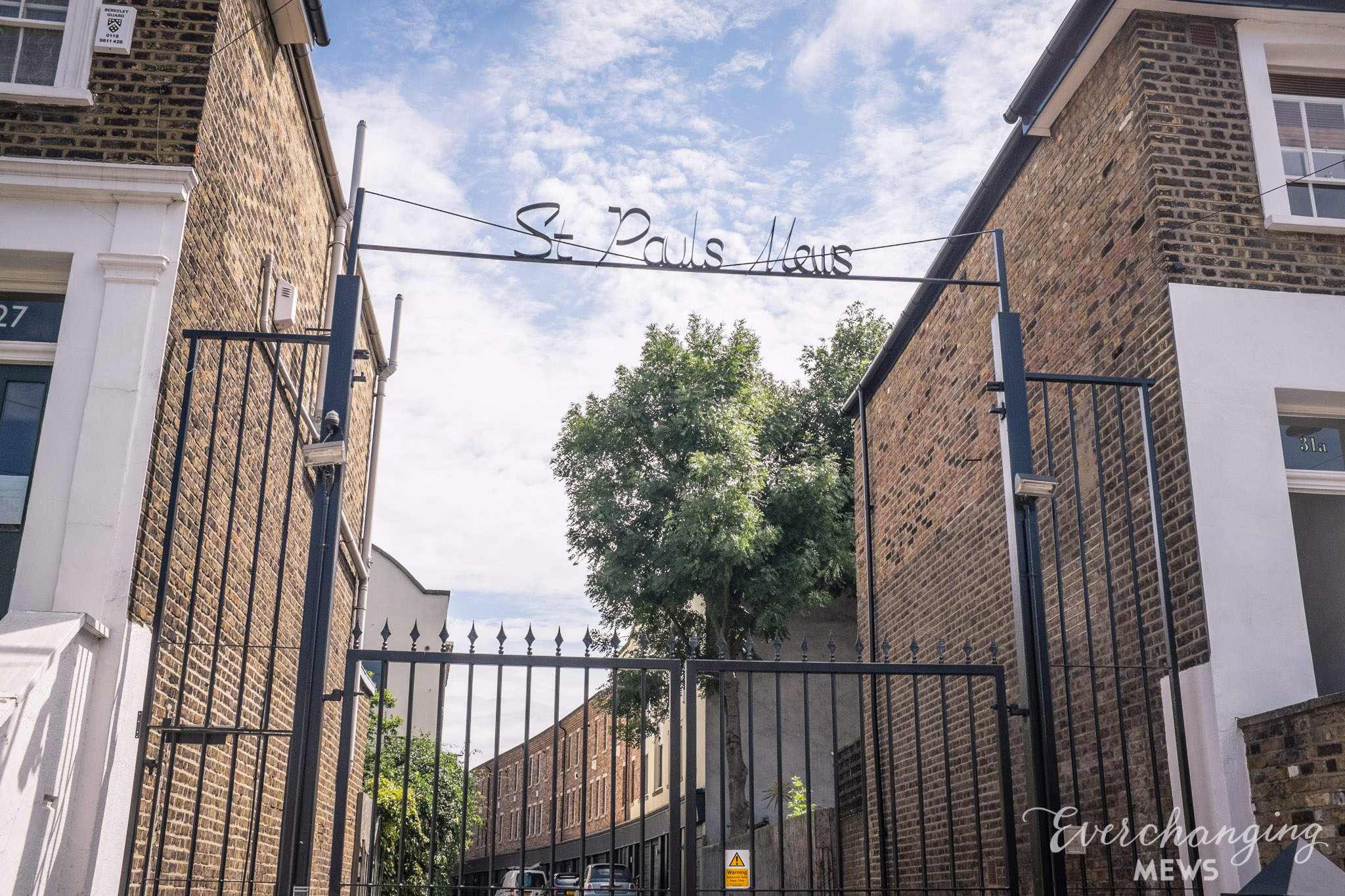