Shepherd Street is a cul-de-sac off White Horse Street in Westminster, with a pedestrian pathway under a modern hotel at the enclosed end. There are 29 properties in the Mews, used for residential purposes. It is located on the site of an original Mews but has been re-developed to a degree that it no longer contains any surviving Mews properties. 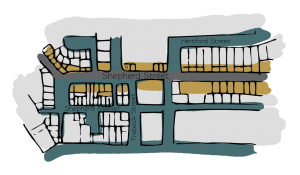 Between October 1940 and June 1941, a high explosive bomb is recorded falling onto Carrington Street, just south of the Mews. The area was noted as being fairly comfortable with good, ordinary household earnings when the London Poverty Maps were first published, some houses even reaching the Middle Class bracket.

Shepherd Street is part of Westminster City Council’s Mayfair Conservation Area; first designated in 1969, it derives its name from a fair held in the month of May in fields around the site of today’s Shepherd Market. The area is dominated by fashionable town-houses (and their mews) reflecting the history of English domestic architecture from the early 18th to the early 20th century.

The Mews has two, three and four storey, plain and painted brickwork buildings with a variety of mansard and parapet roof styles. The buildings are surrounded by a tarmacadam road surface and raised pavements. Some of the garages present remain intact whilst others have been converted into additional accommodation for the properties. Numbers 1, 7 and 20 Shepherd Street are all Grade II Listed Buildings.

Originally Carrington Mews, its purpose was to provide stable/ coach house accommodation to the main houses on the surrounding streets. Nowadays, the function of the properties is primarily residential.

Many planning applications have been made since 2003 for alterations to properties, mainly; roof alterations, partial or complete demolition of properties and additional internal and external alterations. Conservation Area controls now apply to new development in the Mews. 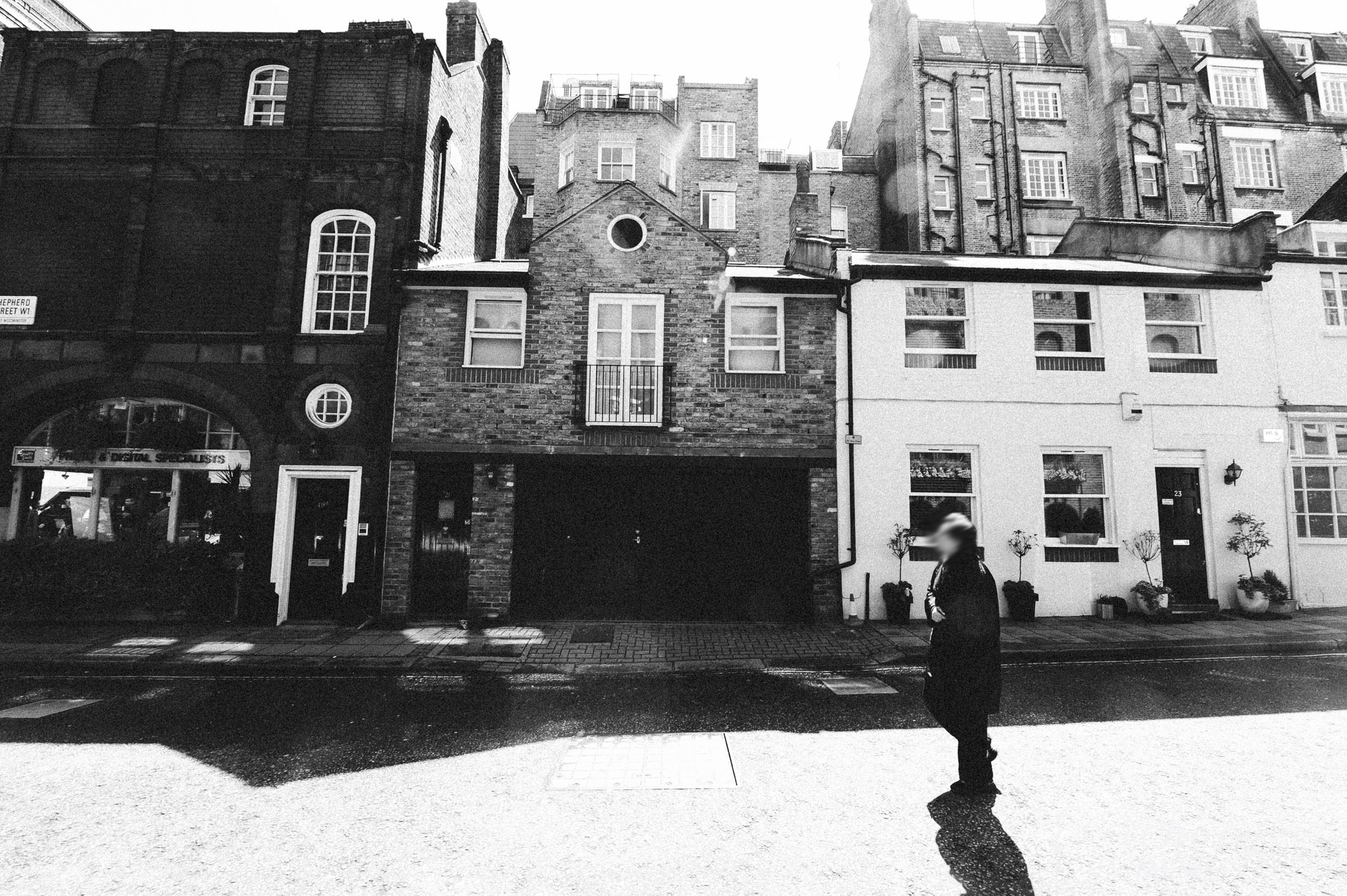 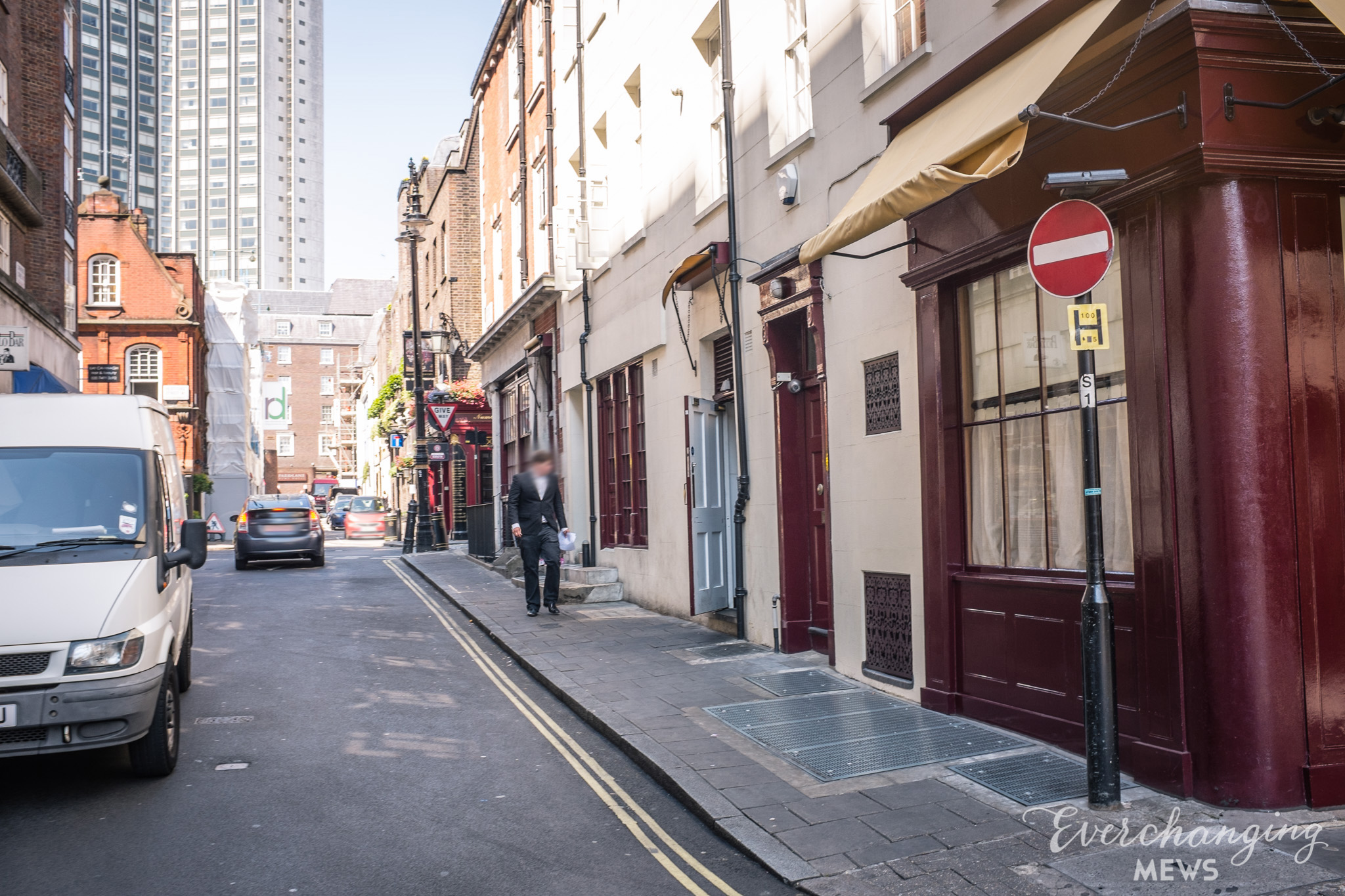 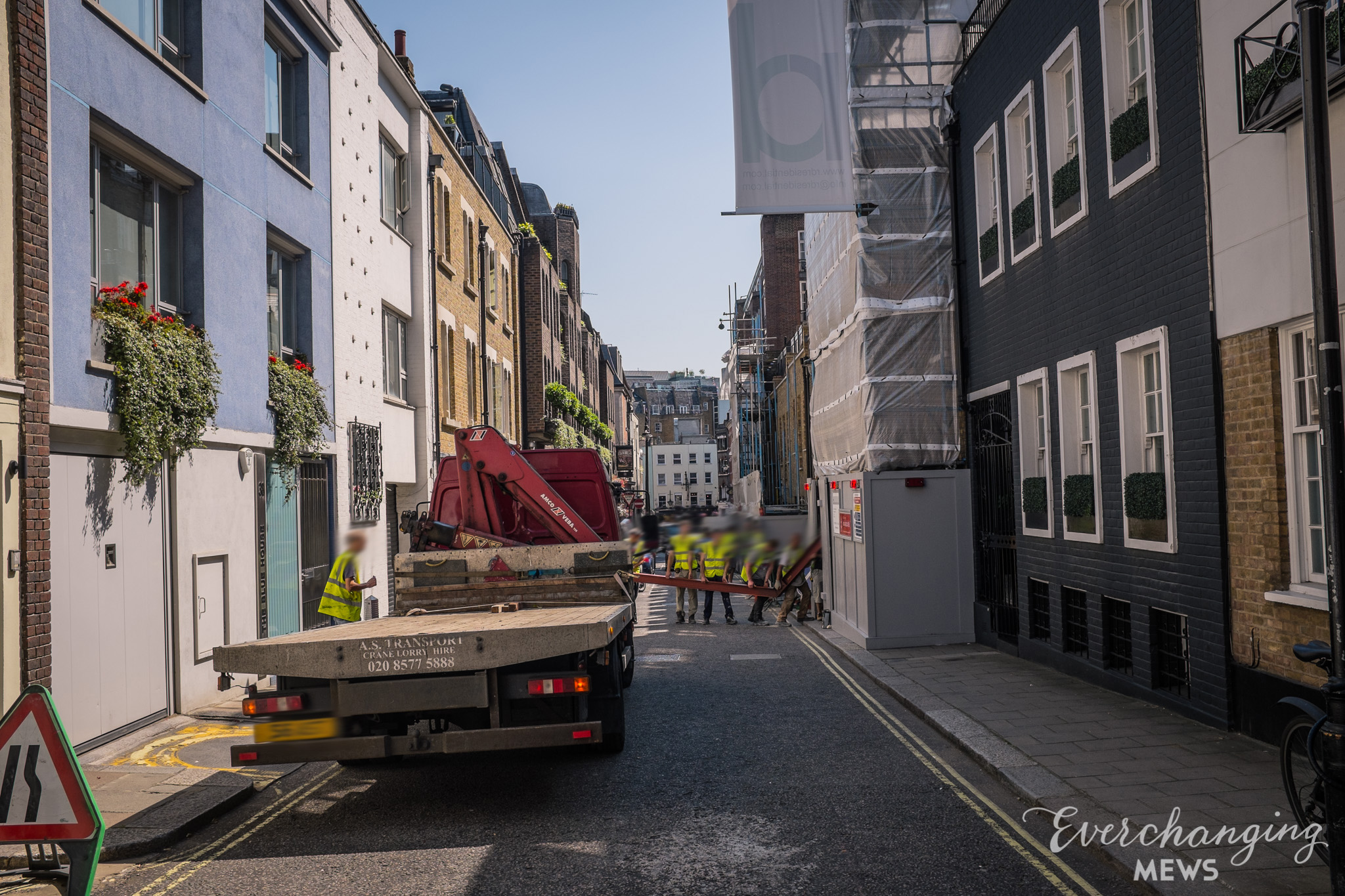