A high explosive bomb fell directly onto the Mews causing significant damage to the properties in World War II and when the London Poverty Maps were first published, the area was deemed to have a mixture of comfortable and poorer living conditions.

A smaller Mews but retaining the essential character expected, the two, three and four storey properties have plain brickwork facades with mansard roof styles, surrounded by a cobbled road surface and partial-raised pavements.

Before and since 2003 there have been a number of planning applications made for alterations to the properties within the Mews, the most notable being; a rear and basement extension. Conservation Area controls apply to any new development in the Mews. 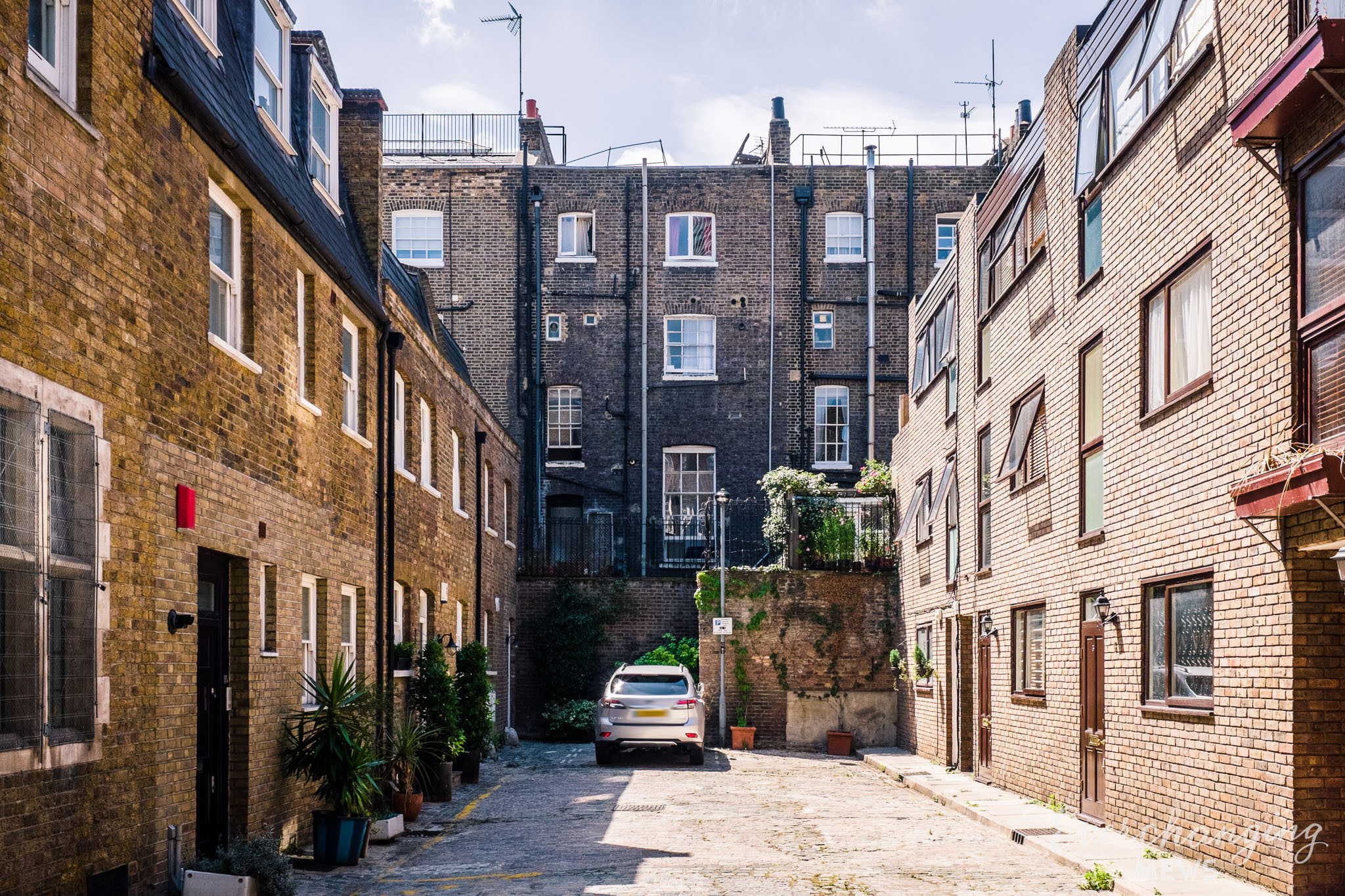 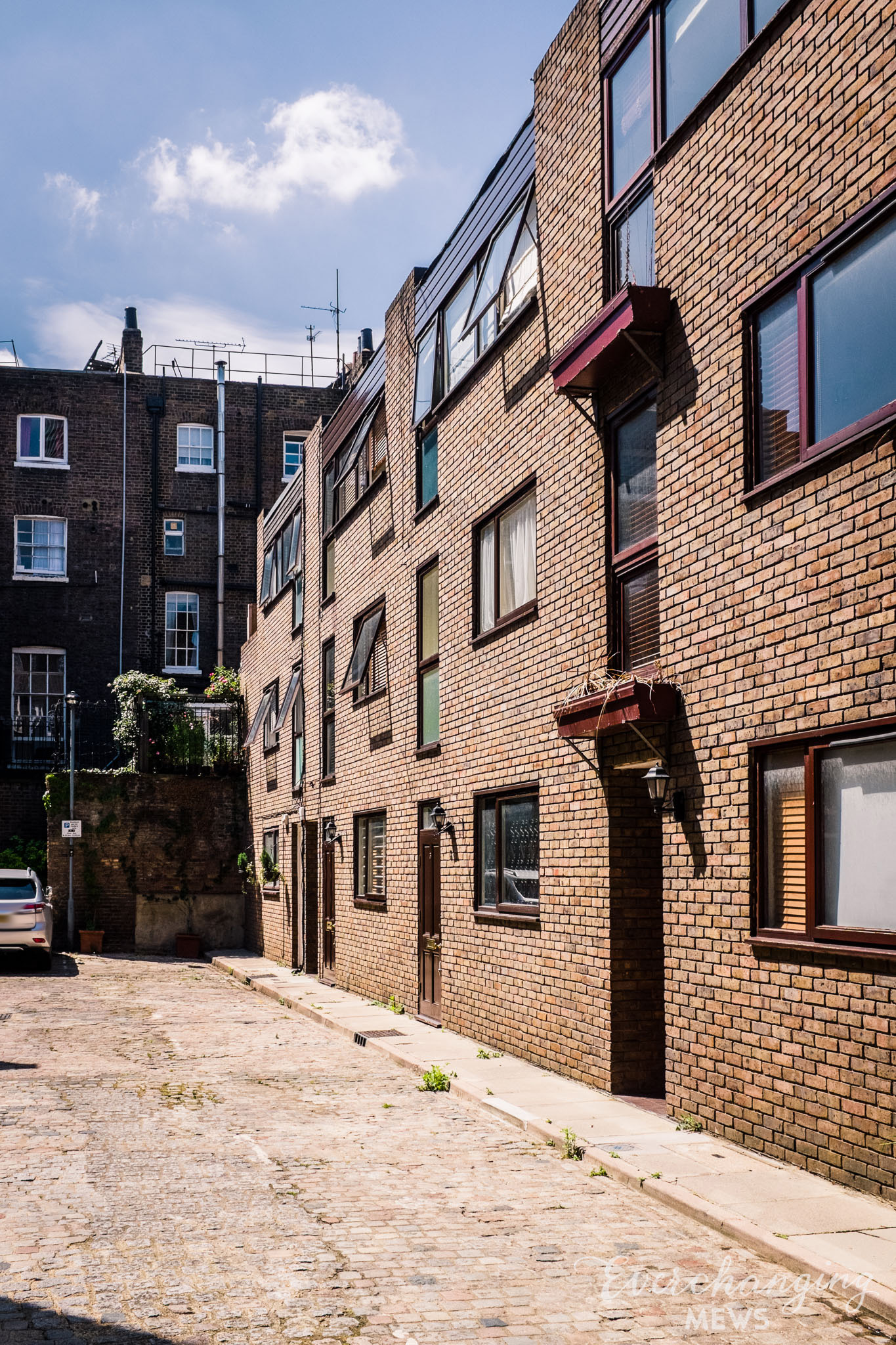 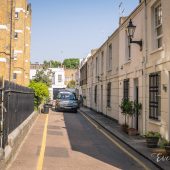 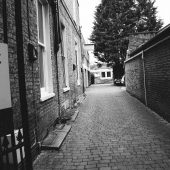