Rede Place is a through road, approached through an entrance under a building on Chepstow Place in Westminster. There are 14 properties in the Mews, used for residential and commercial purposes. It is located on the site of an original Mews but has been re-developed to a degree that it no longer contains any surviving Mews properties.

A high explosive bomb fell onto Pembridge Villas, just west of the Mews in World War II, affecting the properties and requiring them to be rebuilt. When the London Poverty Maps were published, the area was determined as having a mixture of normal living conditions in comparison to the standard household salaries at the time, and slightly poorer households.

Rede Place is part of Westminster City Council’s Bayswater Conservation Area. Developed over the space of about 70 years, the townscape is uniform despite being composed of several distinct areas and is made up of a regular composition of streets and squares in an Italianate style. An important aspect of the street pattern are the several mews, some quite intimate and others so large that they appear to be a development of their own. The contrast of scale provided by these mews is a crucial aspect of the overall area’s character.

The Mews has painted and rendered brickwork, two storey buildings with a mixture of gable and parapet roof styles. The garages present are a mixture of intact and converted and surrounded by a tarmacadam road surface. The Mews has been largely redeveloped, with the few remaining original buildings mainly down one side of the through road.

The original purpose of the Mews was to provide stable/ coach house accommodation to the main houses on Hereford Road. Now, it is predominantly used for residential purposes though some commercial activity still remains.

Many planning applications have been made since 2003 for alterations to the properties, mainly concerning basement excavations and the formation of a roof terrace on one of the properties. Conservation Area controls now apply to new development in the Mews. 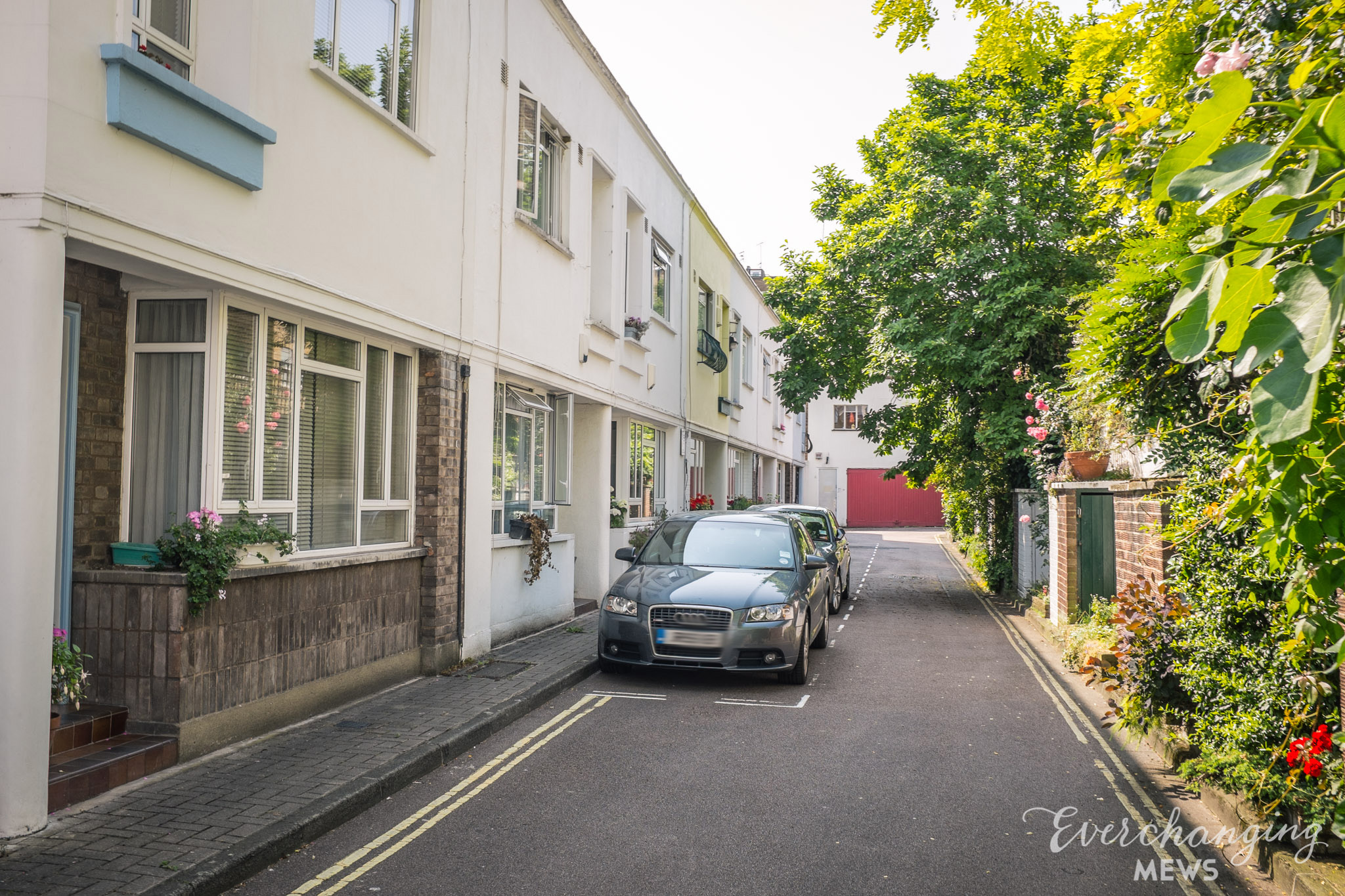 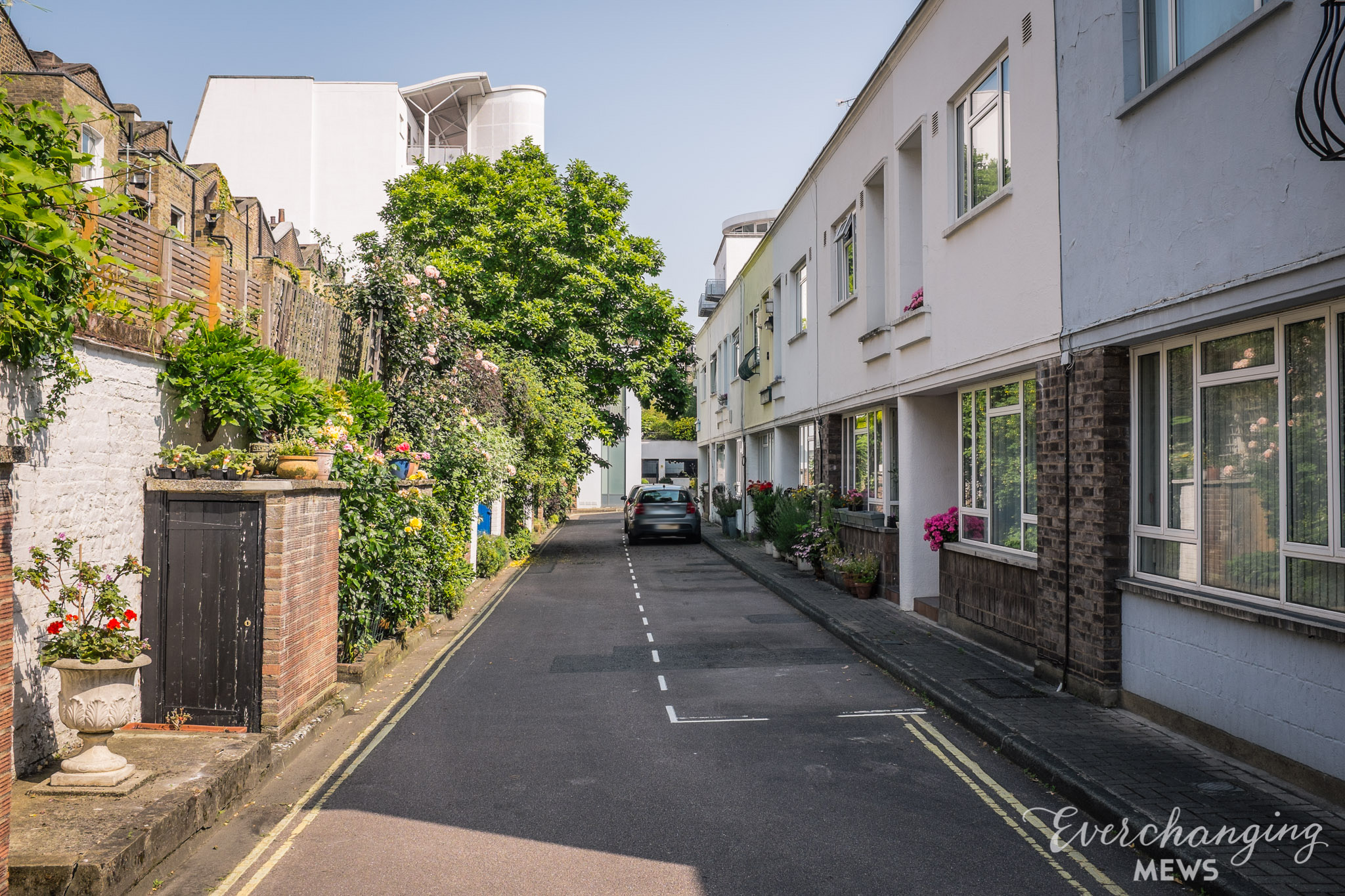 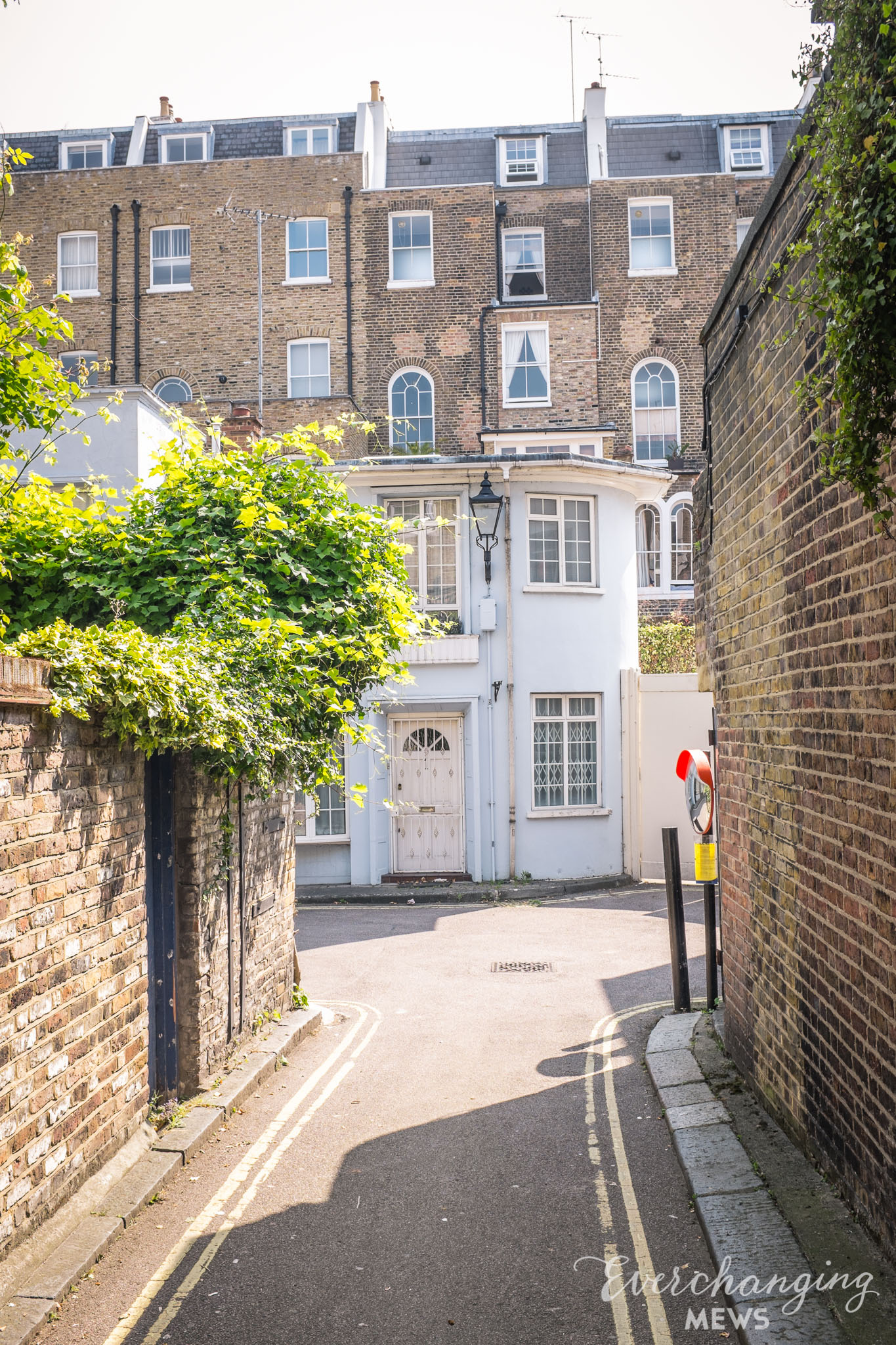 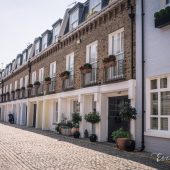