Redcliffe Mews is a cobbled through road approached through its own arch on Harcourt Terrace in the Royal Borough of Kensington and Chelsea. Redcliffe Mews contains 36 properties, used for residential purposes. It is located on the site of an original Mews but has been re-developed to a degree that it no longer contains any surviving Mews properties.

During World War II, the Aggregate Night Time Bomb Census recorded a high explosive bomb falling onto Redcliffe Street, not far from the Mews. In the past, the area was noted as having comfortable living conditions and normal household earnings for the time when the London Poverty Maps were first published.

The two storey properties have rendered or painted brickwork facades with mansard, parapet and flat roof styles, surrounded by a cobbled road surface. 1985 is inscribed on one archway to the Mews, with 1869 on the other. Most of the original buildings built between 1865 and 70 were replaced in 1983.

Originally used as the coach house/ stable accommodation for the main houses on Redcliffe Gardens and Harcourt Terrace, the primary purpose of the Mews properties is now residential.

Before and since 2003 there have been a few planning applications made for alterations to the properties in the Mews, mainly regarding; new fenestration on some of the properties, single storey extensions and the erection of some conservatories. The majority of the original properties were replaced in 1983. Conservation Area controls apply to any new development in the Mews. 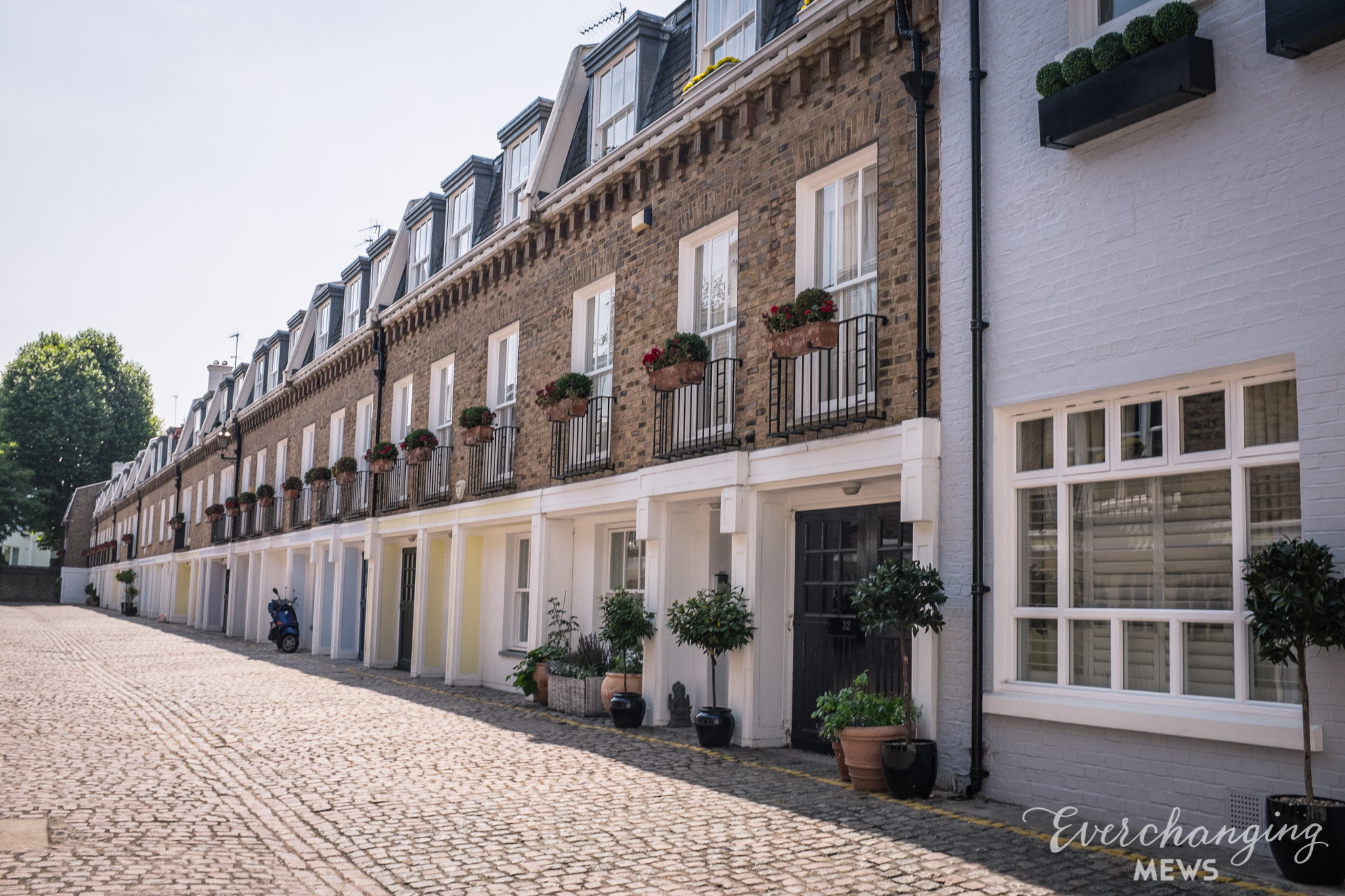 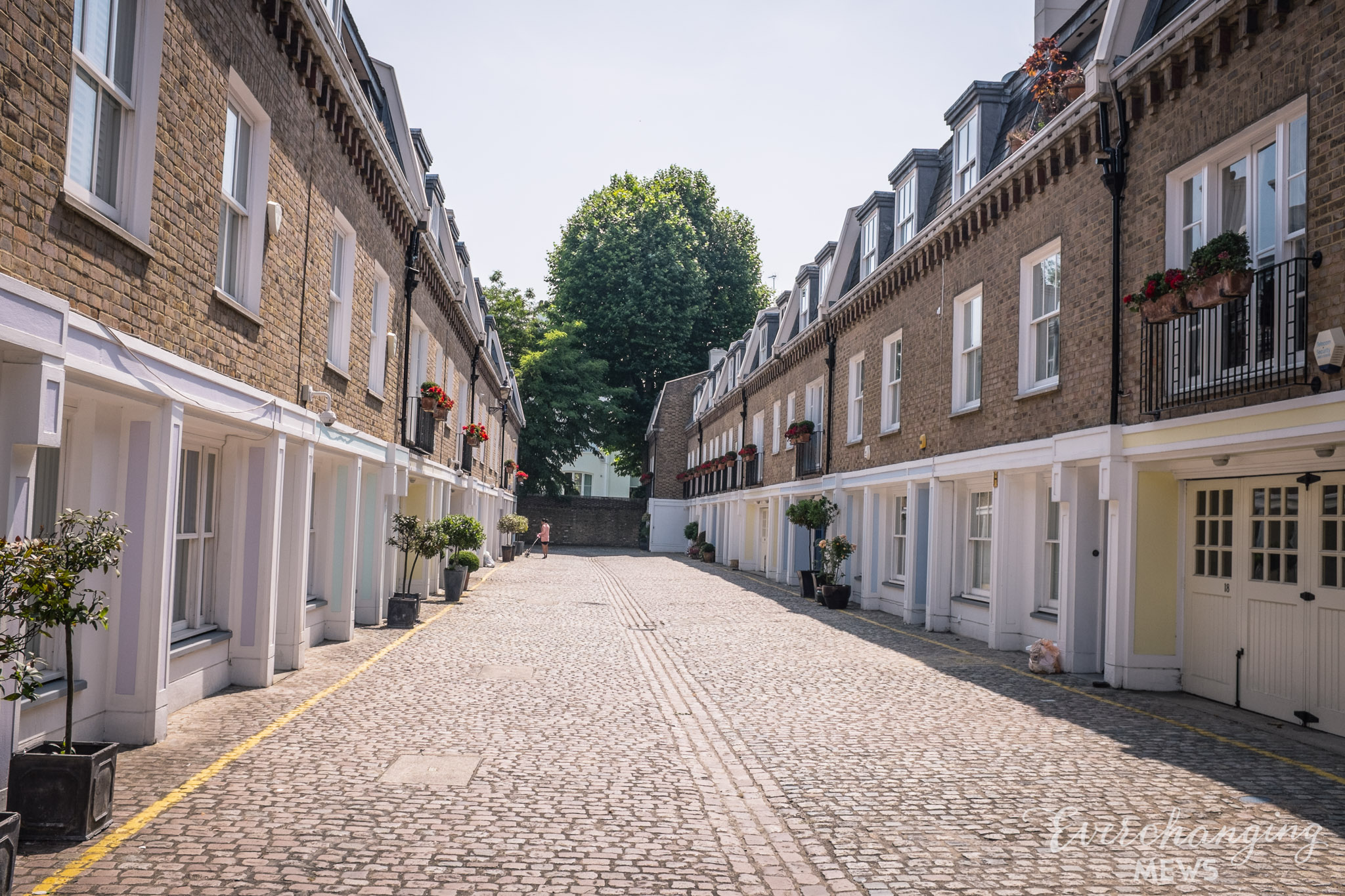 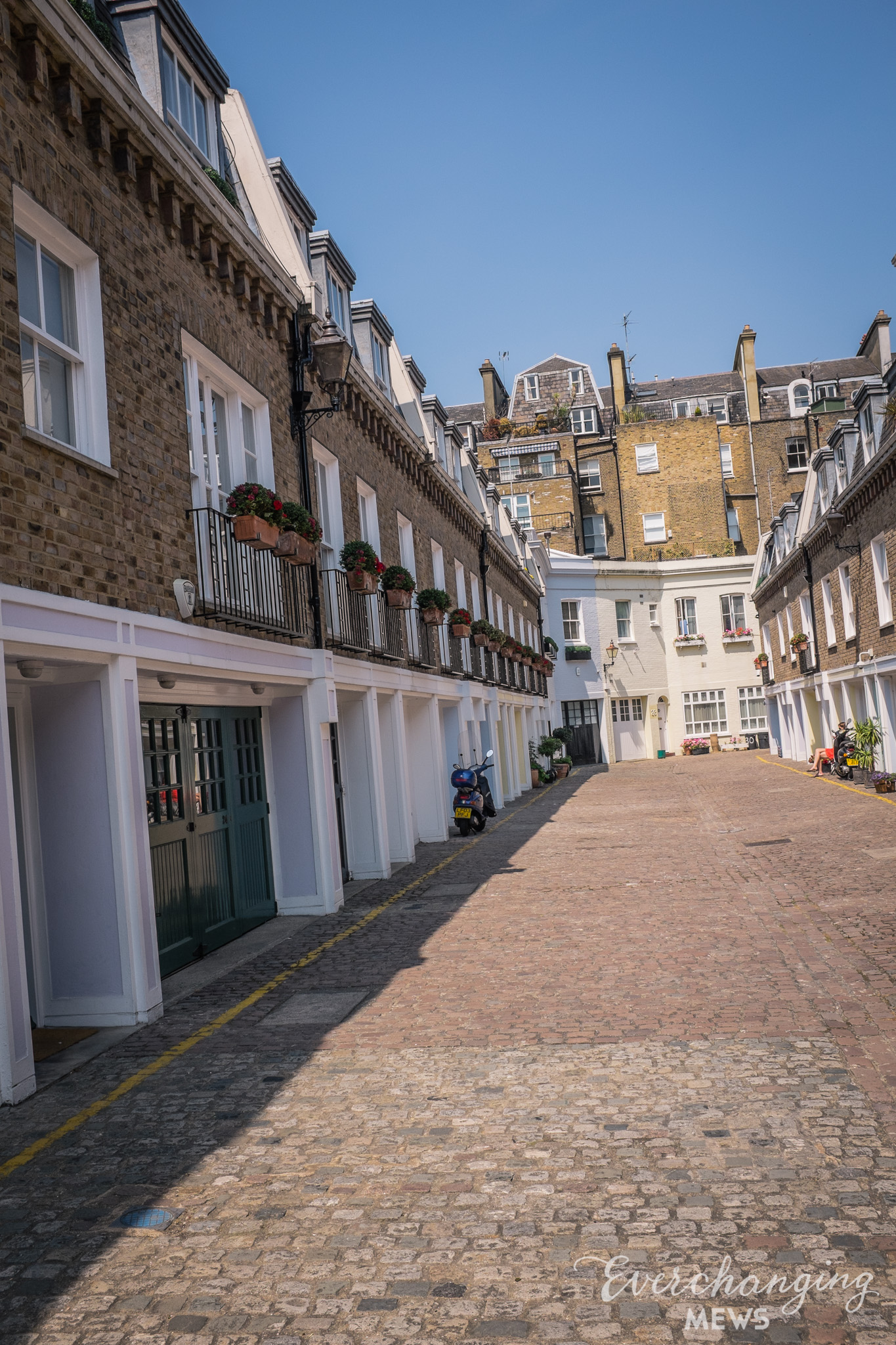 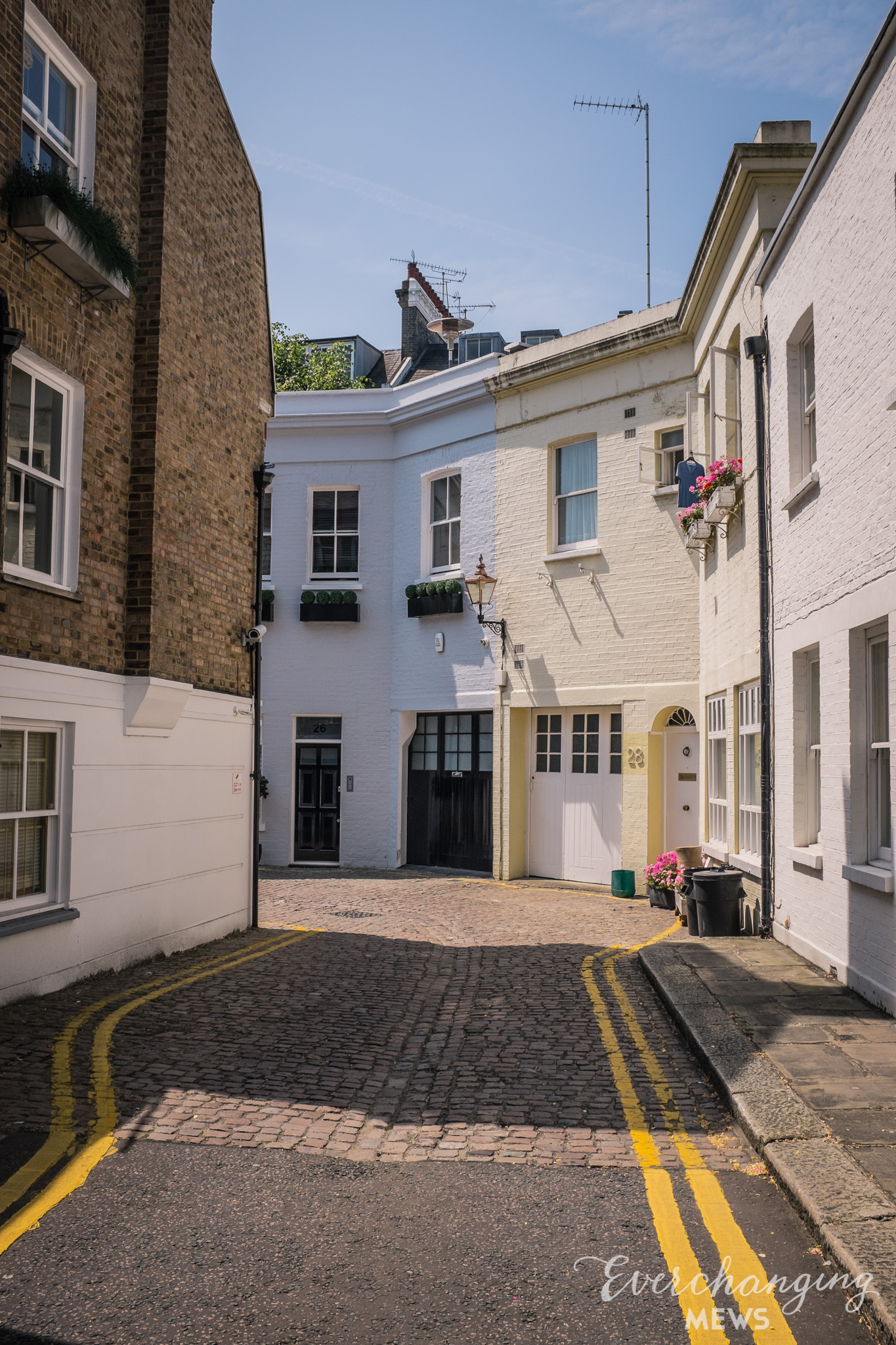 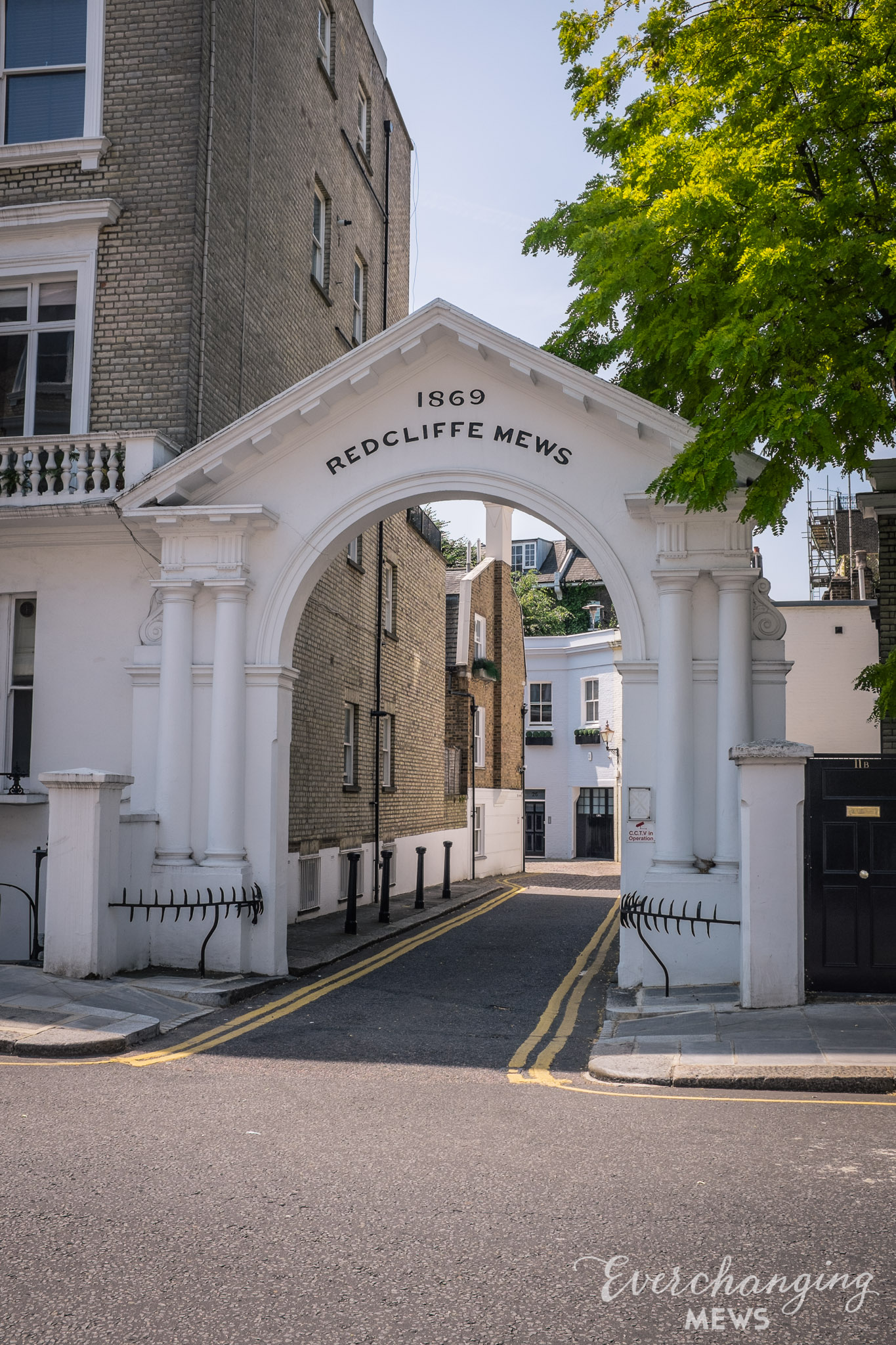 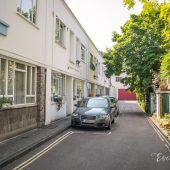