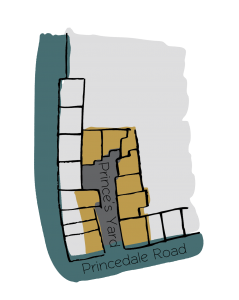 At some point between October 1940 and June 1941, a high explosive bomb fell onto Holland Park Avenue, just south-west of the Mews. The Mews was noted as having a mixture of comfortable living conditions with lower than average household earnings for the time when the London Poverty Maps were first published.

The Mews is part of Kensington’s Norland Conservation Area; first designated in 1969, it contains Royal Crescent, Norland Square and St. James’s gardens. Building of the area began in the 1840â€™s and was completed just fifteen years later. It contains linked terraces and is largely urban in style.

The two and three storey properties have rendered, wood-cladded or painted brickwork facades with a variety of parapet and flat roof styles, surrounded by a tarmacadam road surface and partial raised pavements. There are also raised party walls to be seen in the Mews.

Before and since 2003 there have been no planning applications made for alterations to the properties in the Mews. Conservation Area controls apply to any new development in the Mews. 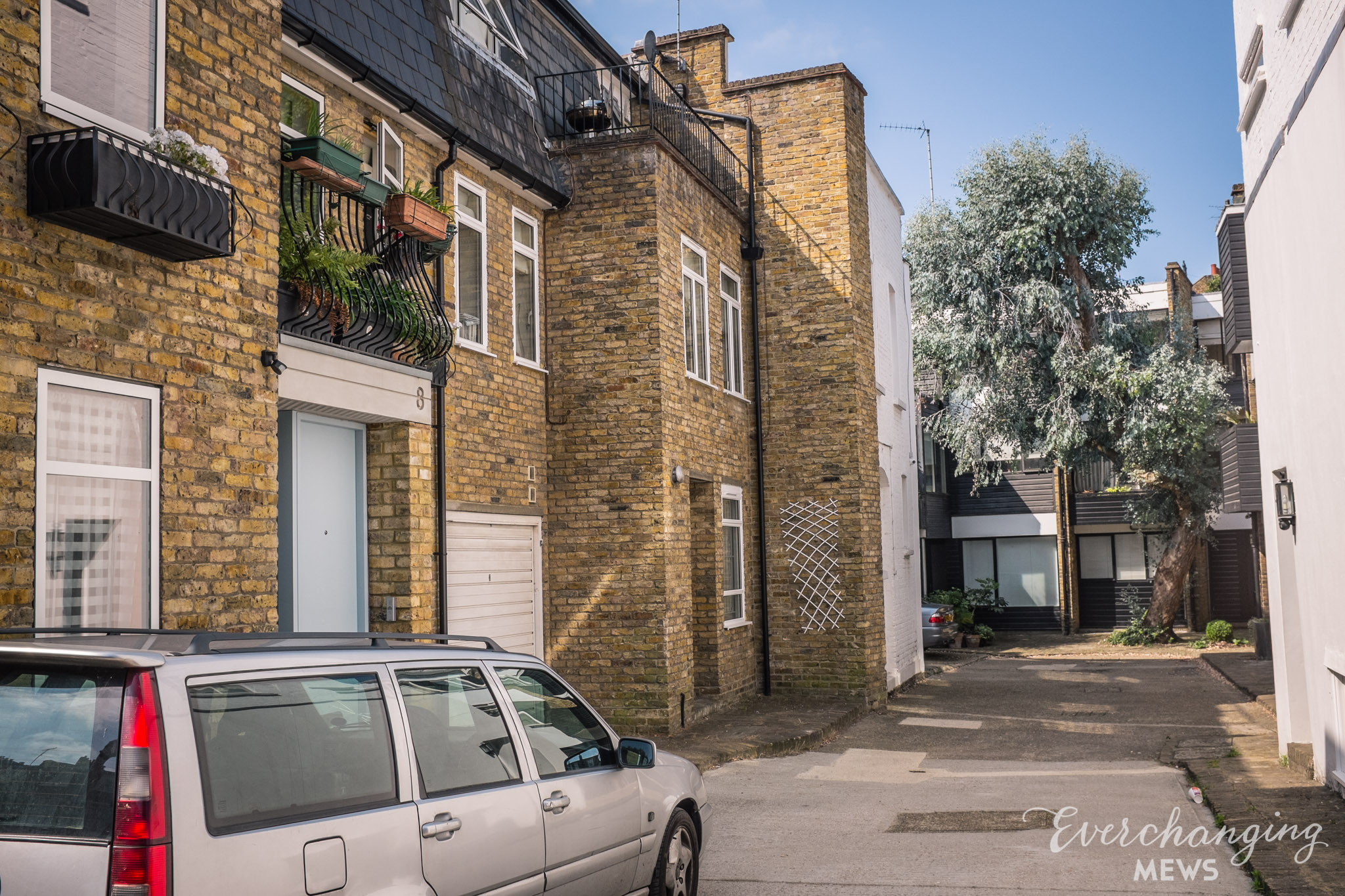