Situated within Inner London in the Borough of Camden is Old Brewery Mews; a part-cobbled through road and cul-de-sac approached through its own arch on Hampstead High Street, parallel to Rosslyn Mews, containing redeveloped Mews properties. Old Brewery Mews contains 15 properties used for residential and commercial purposes. It is located on the site of an original Mews but has been re-developed to a degree that it no longer contains any surviving Mews properties. 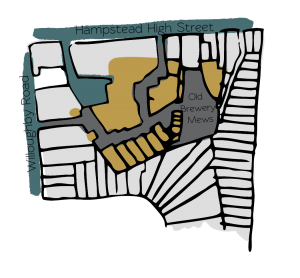 The Mews is part of the Hampstead Conservation Area. Designated on 29th January 1968, the area contains a large number of listed buildings with archeological interest and is situated in North London, from Finchley Road to Highgate. It also demonstrates aspects of an 18th Century Village, adjacent to streets created in the Victorian Era as well as many 20th Century developments.

When the London Poverty Maps were first published, the area was deemed to have very comfortable living conditions with higher than average household earnings for the time.

The three and four storey properties have rendered, cladding and brickwork facades with a mixture of gable and flat roof styles, surrounded by a cobbled and tarmacadam road surface. The archway is dated 1869. A former brewery, the Mews buildings were converted to offices in 1971-3.

Before and since 2003 there have been many planning applications made for alterations to the properties within the Mews, the most notable being; roof and single storey extensions and alterations to the fenestration. Conservation Area controls apply to any new development in the Mews. 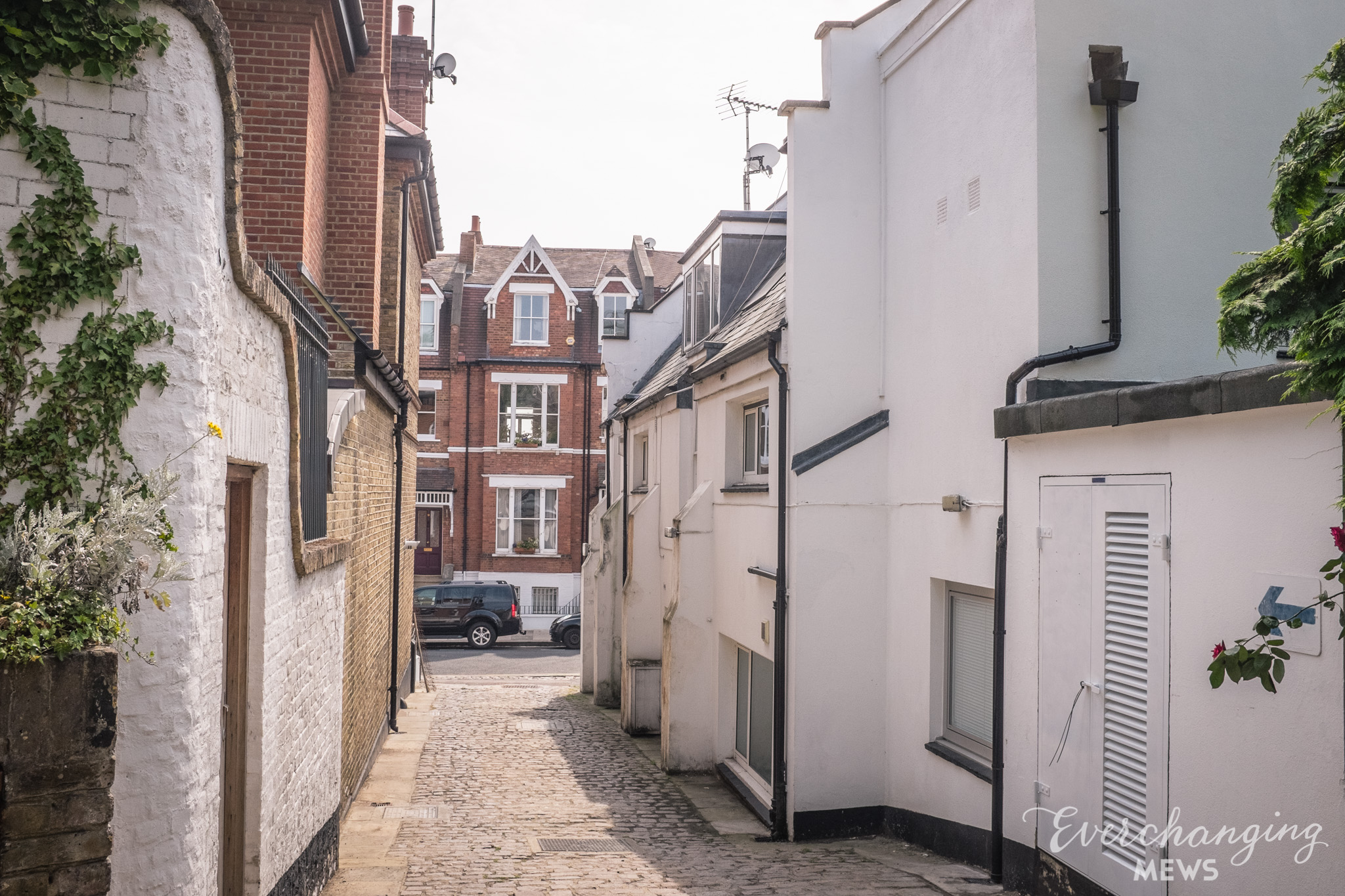 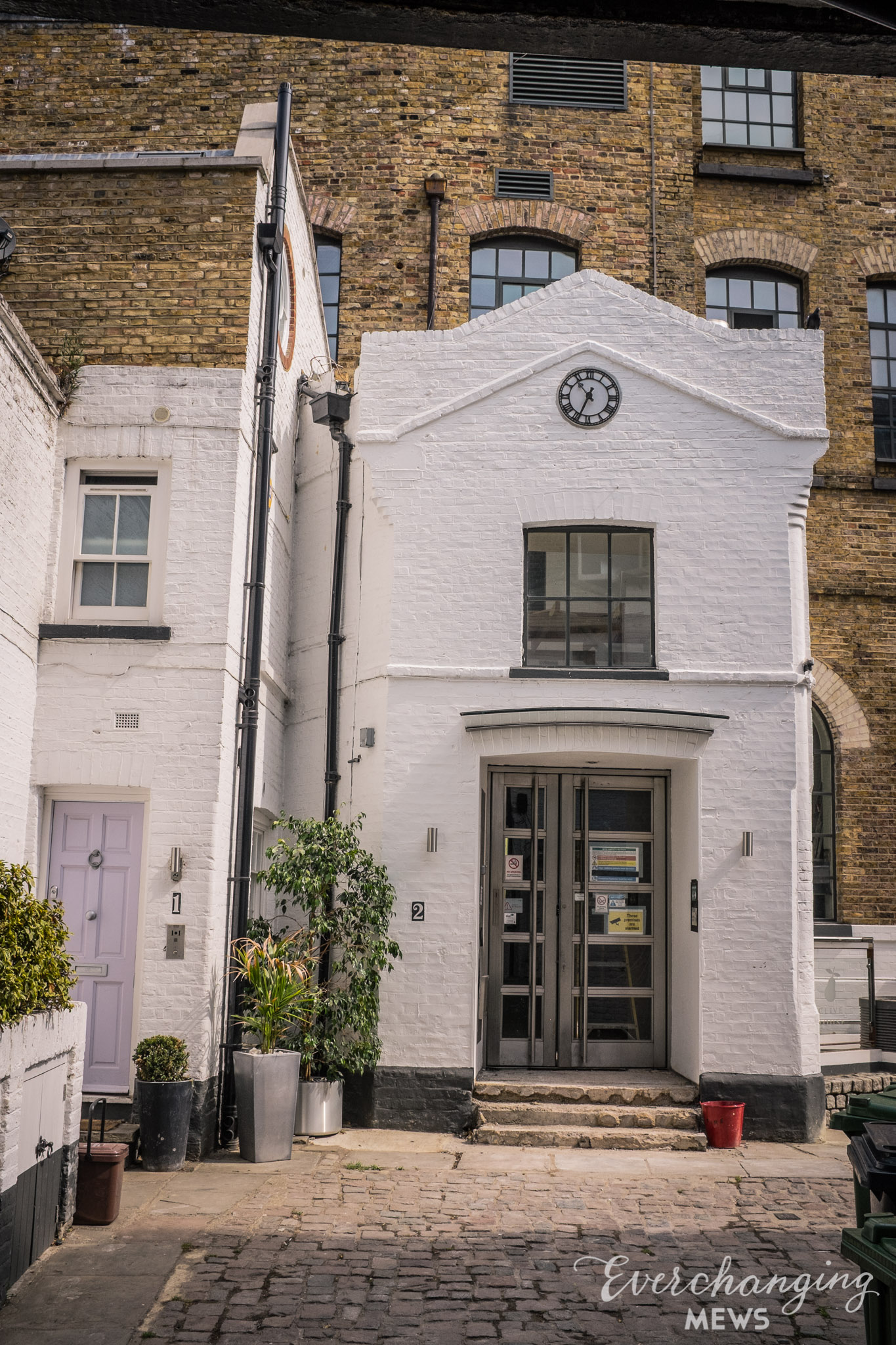 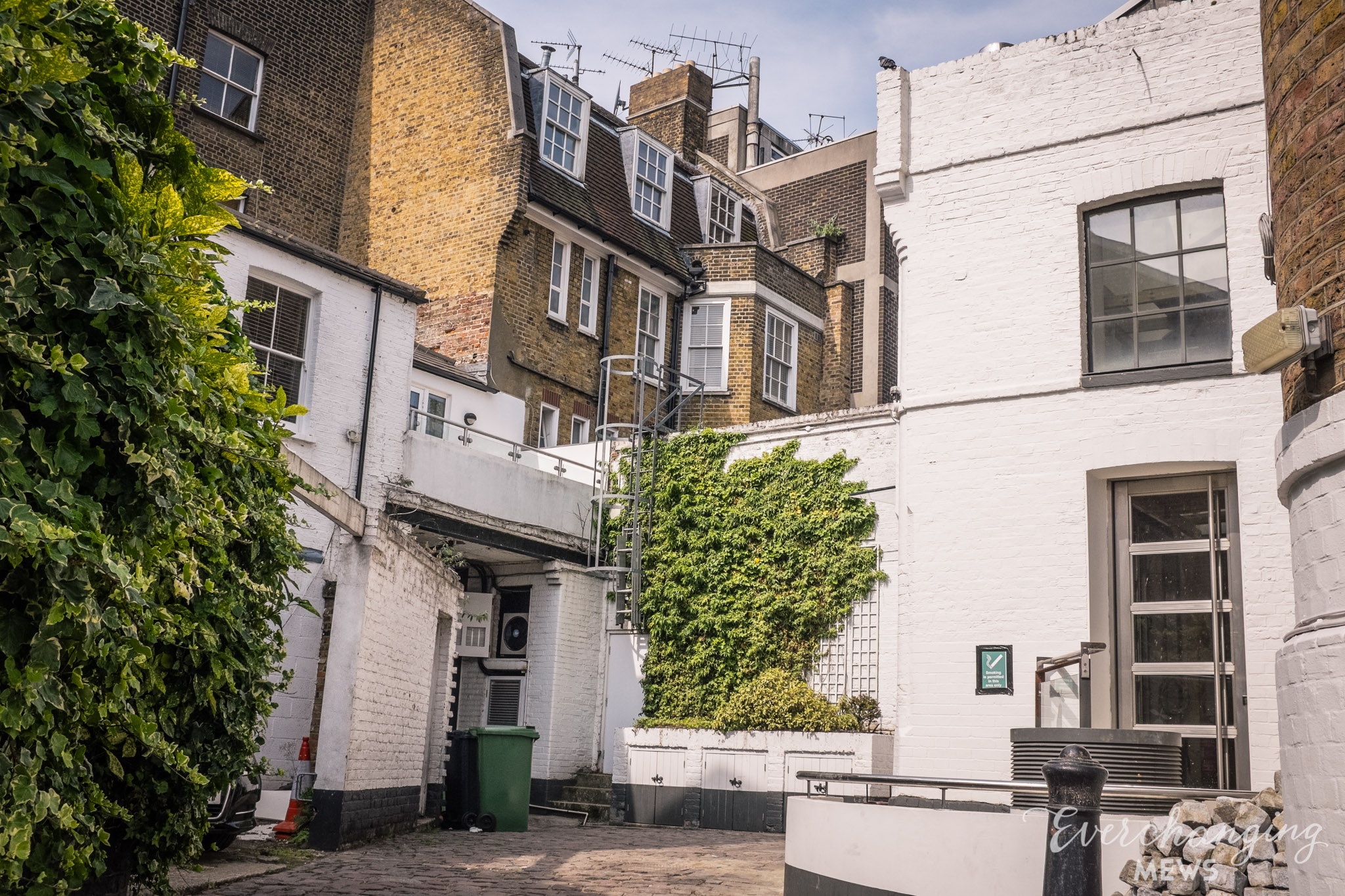 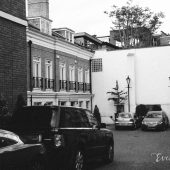