Hereford Mews is a private, gated and cobbled cul-de-sac containing 7 properties off Hereford Road in Westminster. The properties within the Mews are used for residential purposes and run in an east to west orientation, roughly in line with the nearby Bott’s Mews, an original/ surviving Mews of a similar size. 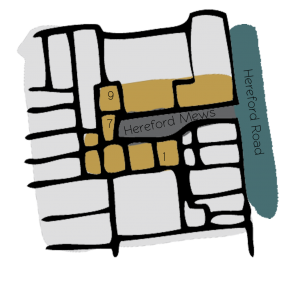 A high explosive bomb fell onto Monmouth Place, east of the Mews between 1940 and 1941. When the London Poverty Maps were published, the area was determined as being well off and having households with middle-class standards of living.

Hereford Mews is part of Westminster City Council’s Westbourne Conservation Area. The area was transformed from a hamlet with fields in cultivation to a metropolitan suburb in the space of about 15 years, starting in the early 1840s. The houses in Westbourne were mainly built for prosperous professionals, explaining why there are only a handful of mews spaces, though where these occur they have significant townscape value and historic interest.

The Mews has two and three storey, plain brickwork buildings with mansard and pitched roof styles, surrounded by a cobbled road surface.

The original purpose of the Mews was to provide stable/ coach house accommodation to the surrounding properties but now it is mainly used for residential purposes.

Conservation Area controls apply to new development in the Mews. 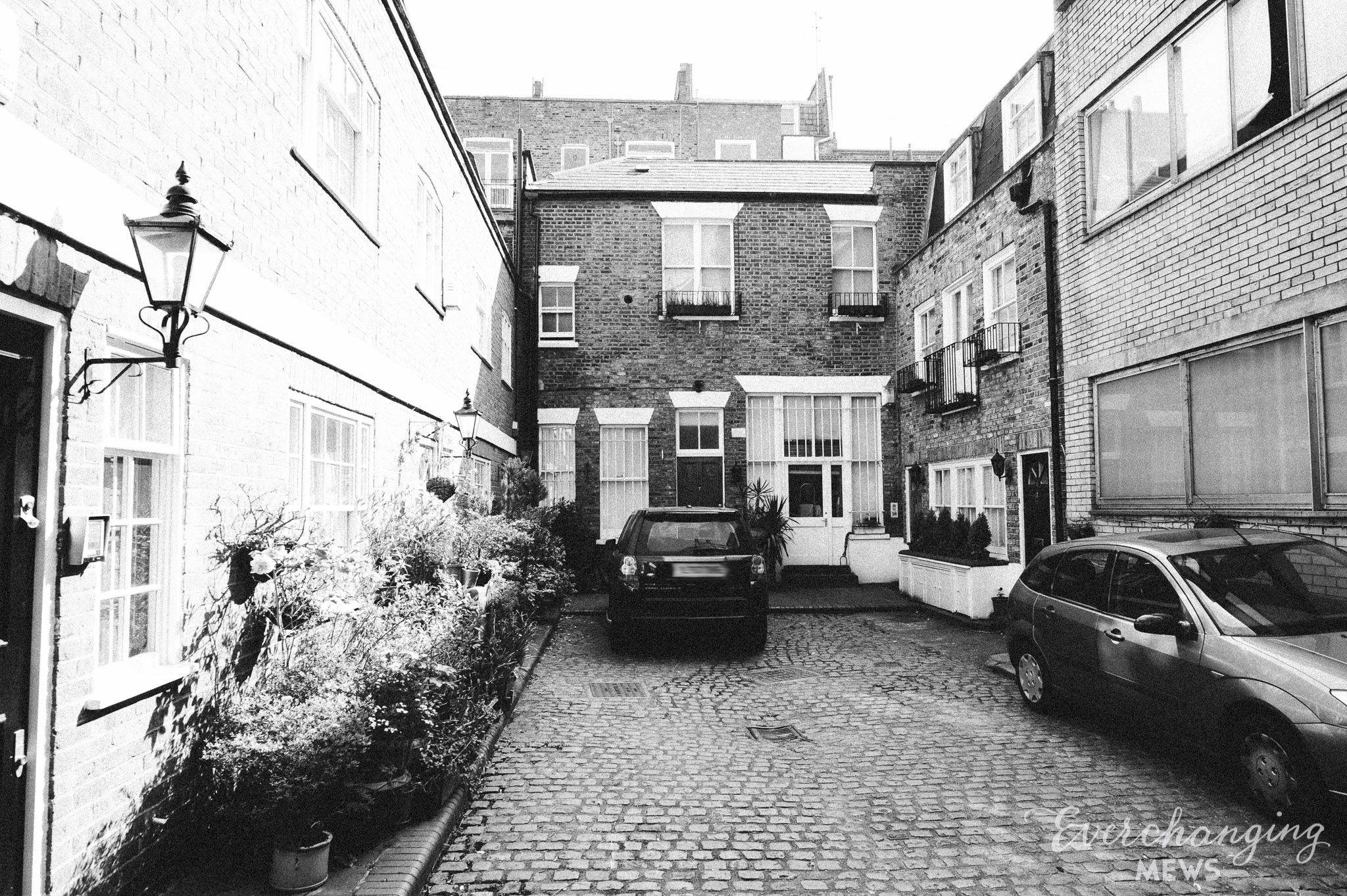