Situated within Inner London in the Borough of Camden, is the redeveloped Fitzroy Mews; a cobbled cul-de-sac off Cleveland Street in line with Warren Mews, containing original/ surviving Mews properties. The Mews contains 15 properties used for residential purposes.

The Mews is part of the Fitzroy Square Conservation Area. Designated in September 1968 as part of the Bloomsbury Conservation Area originally, the late 18th and early 19th century development is enclosed by fine terraces with a circular central garden. The views of the square itself open up along the streets that lead towards it whilst the remainder of the area is made up of streets of varying sizes, enclosed by three and four-storey townhouses. Tottenham Court Road marks the eastern edge of the Conservation Area.

A high explosive bomb fell onto Conway Street, right next to the Mews, presumably causing significant damage to the properties in World War II and when the London Poverty Maps were first published, the area was deemed to have very comfortable living conditions with higher than average household earnings for the time.

The three and four storey properties have plain and painted brickwork facades with a mixture of mansard and flat roof styles, surrounded by a cobbled road surface.

The original purpose of the Mews was to provide stable/ coach house accommodation for the main houses on Fitzroy Square and nowadays they are predominantly used for residential purposes.

Before and since 2003 there have been many planning applications made for alterations to the properties within the Mews, the most notable being; the change of use to residential, a replacement garage door and a new mansard roof. Conservation Area controls apply to any new development in the Mews. 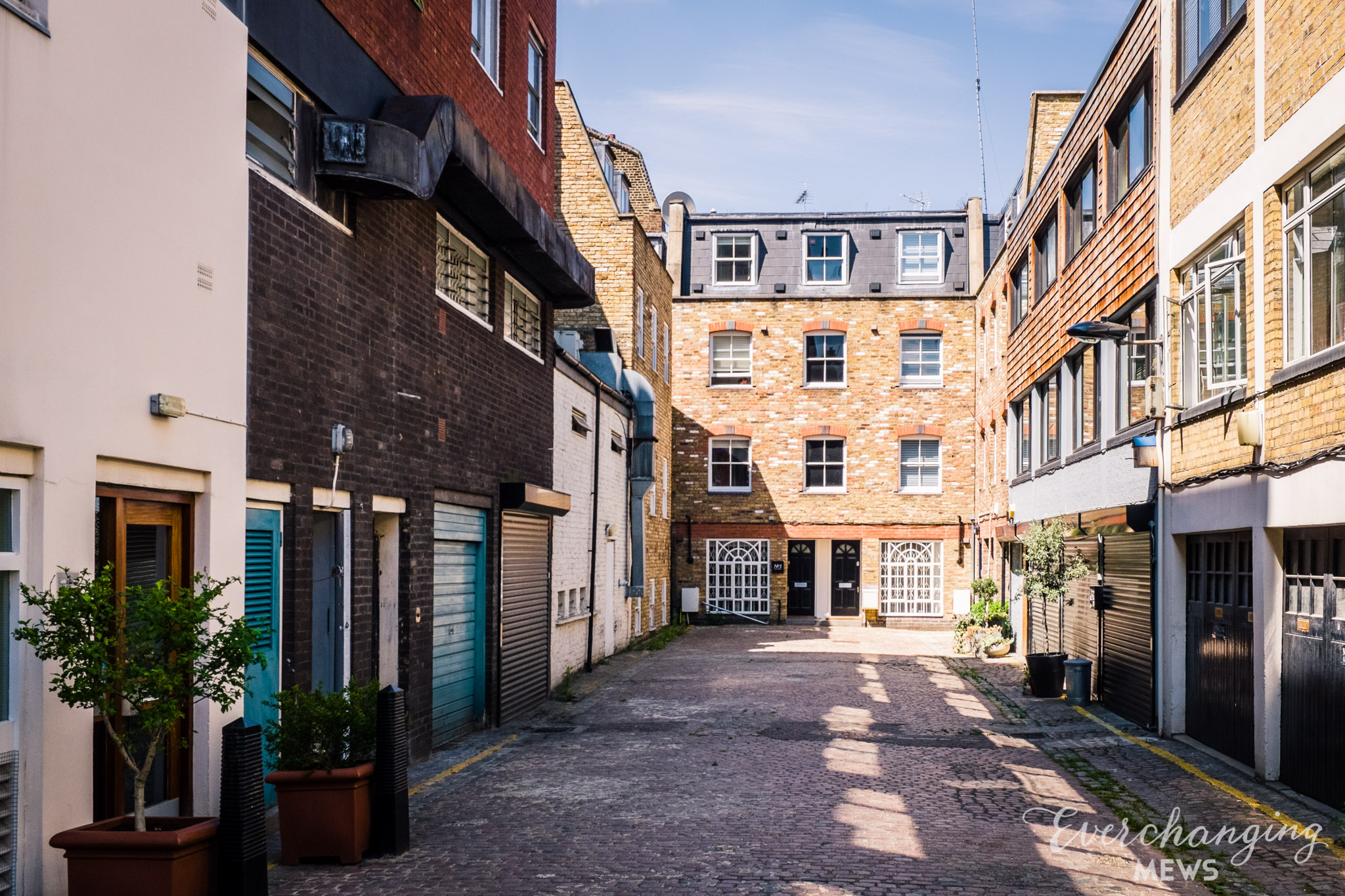 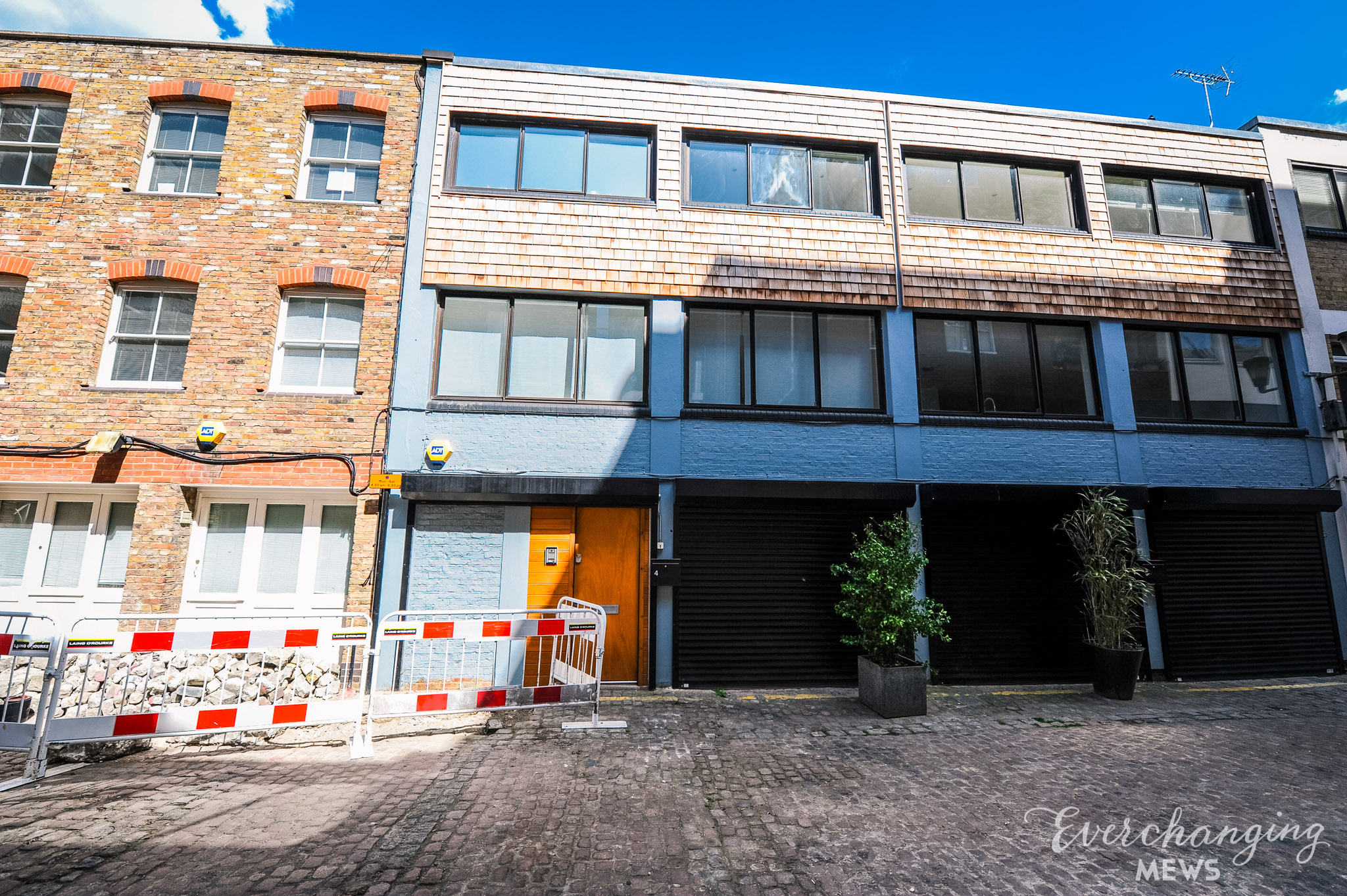