Bourdon Place is a through road between Bourdon Street and Grosvenor Hill in Westminster. It is located on the site of an original Mews but has been re-developed to a degree that it no longer contains any surviving Mews properties. The cobbled Mews only has 4 properties on it and the main road is oriented in a west to east direction (although Bourdon Place is actually made up of two roads in a T configuration). Bourdon Street has has surviving/ original Mews properties present.

During World War II, a high explosive bomb is recorded falling nearby onto Bruton Place, but Bourdon Place was largely unaffected. The through road is recorded as having comfortable living conditions with an ordinary household salary when the London Poverty Maps were first published.

The Mews contains both two and five storey, plain brickwork properties with a mixture of mansard and parapet roofs. The garages are intact and parking is restricted. As can be noted from the photographs, there are bollards and modern public art; bronze statues.

The streets in the central part of the Grosvenor Hill area were originally collectively known as Grosvenor Mews until 1881 when the southern arm was renamed Bourdon Street and the passage to the north and west, Bourdon Place. Numbers 13, 15 and 15A were rebuilt in the 1830’s and 40’s by Thomas Cubitt and John Newson and now survive in an altered state.

Before and since 2003 there have been a few planning applications made, notably complete building redevelopments on the neighbouring Grosvenor Hill (retaining the facade of the Bourdon Place properties) and in the Mews itself. Conservation Area controls now apply to any new development in the Mews. 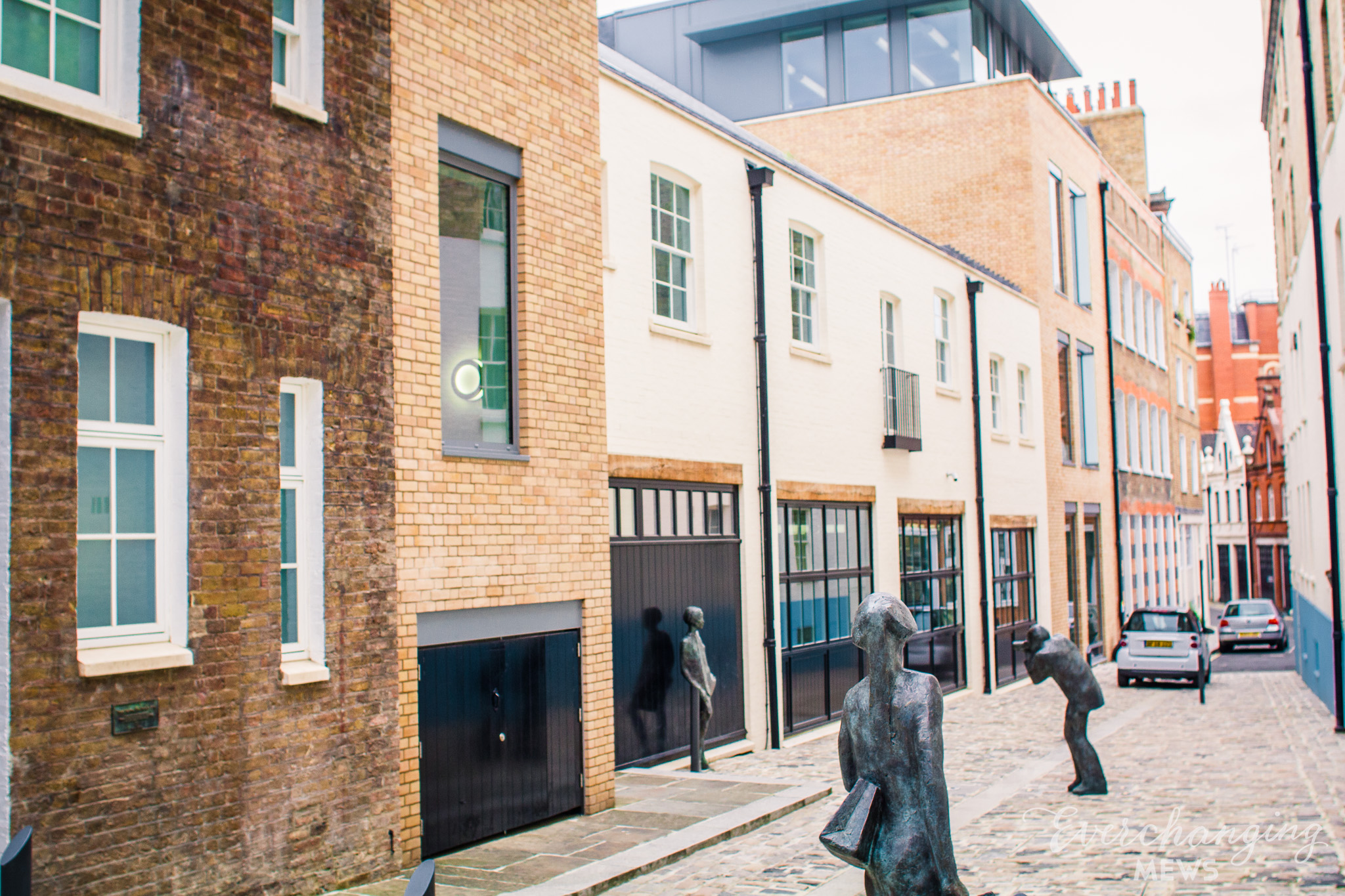