Apollo Place is located on the site of an original Mews but has been re-developed to a degree that it no longer contains any surviving Mews properties. It is a cul-de-sac off Riley Street in the Royal Borough of Kensington and Chelsea. It contains just 5 properties used for residential and commercial purposes. 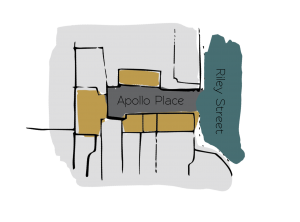 In World War II, a high explosive bomb fell directly onto the Mews, damaging some of the properties. When the London Poverty Maps were published, the area was noted as being one of the most impoverished in the area.

Apollo Place is part of Kensington’s ‘Cheyne’ Conservation Area. Designated in 1969 to protect and control alterations to the ancient village lanes and the mediaeval boundaries of Old Church Street and Paradise Row in Chelsea, the Cheyne Conservation Area is centered around the medieval village of Chelsea, bounded in the north by King’s Road and by the River Thames in the South. The area is committed to preserving and protecting historical buildings and aspects of architecture that could easily be lost by new developments or demolition of existing properties.

The two storey properties have mansard and parapet roof styles and painted or rendered brickwork facades. Parking is restricted along the tarmacadam road surface and there are raised pavements. There is an original bollard in the Mews and one of the buildings is notably dated ‘1890’.

Originally the stable house accommodation for the main houses on Cremorne Road, the primary purpose of the Mews properties is now residential, though some commercial activity still takes place.

Before and since 2003 there have been a few planning applications made for alterations to the properties in Apollo Place; most notably, the continued use of a property as an office for business use. Conservation Area controls apply to any new development in the Mews. 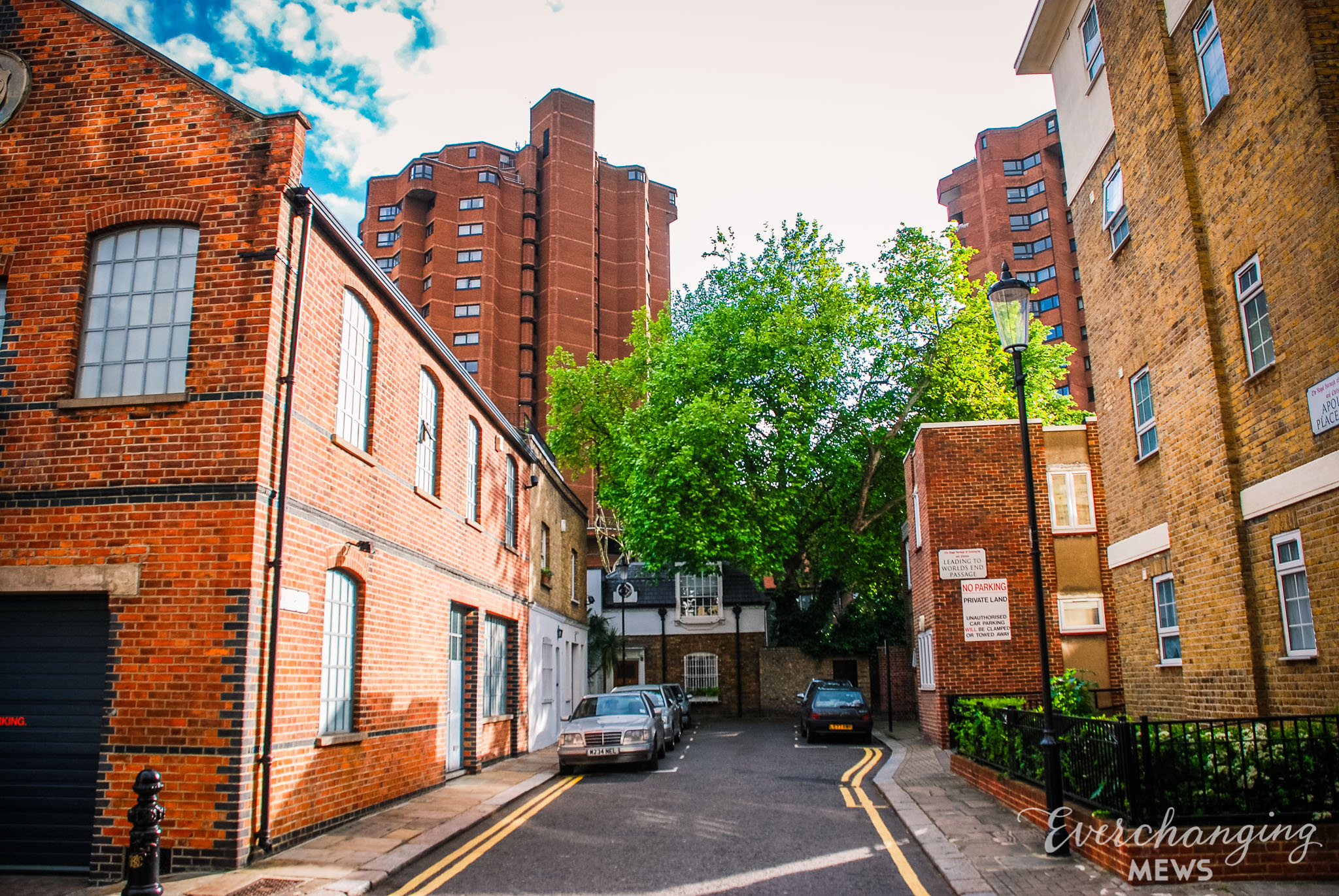 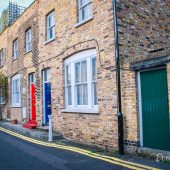