Adrian Mews is located on the site of an original Mews but has been re-developed to a degree that it no longer contains any surviving Mews properties. It is a cobbled cul-de-sac approached through an entrance under a building on Ifeild Road in the Royal Borough of Kensington and Chelsea. It contains 7 properties used for residential purposes.

In 1940, a high explosive bomb is recorded falling onto Ifield Road, not far from the Mews. When the London Poverty Maps were published, the area was noted as having a mixture of comfortable living conditions with average household salaries to poorer residences.

The two and three storey properties have mansard, flat and parapet roof styles and a mixture of plain and painted brickwork facades. Parking varies between allocated and restricted along the cobbled cul-de-sac and there are intact garages present.

Before and since 2003 there have been very few planning applications made for alterations to the properties in Adrian Mews; most notably concerning new roof lights and the change of use of a former church hall to a photographic studio. 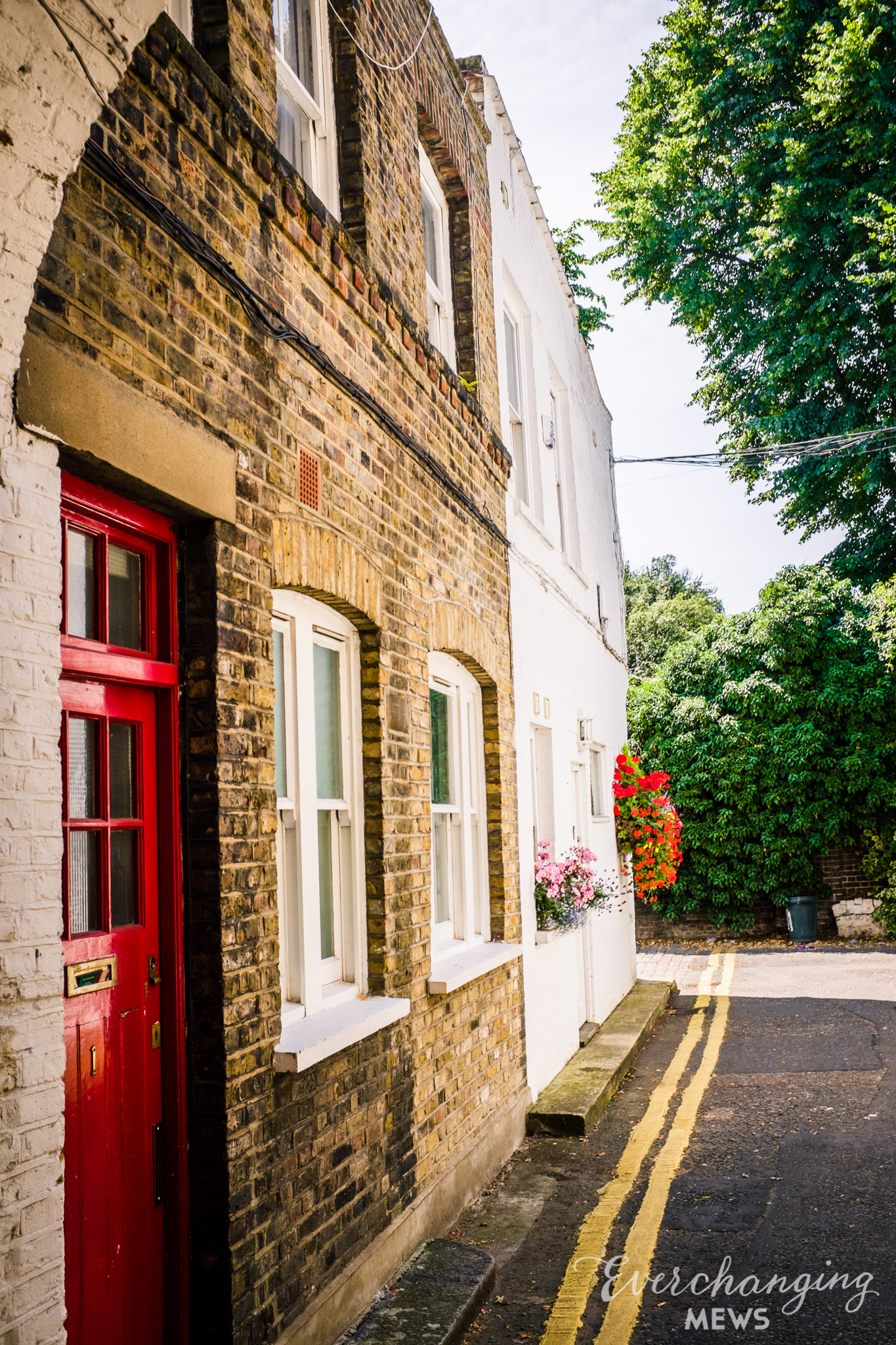 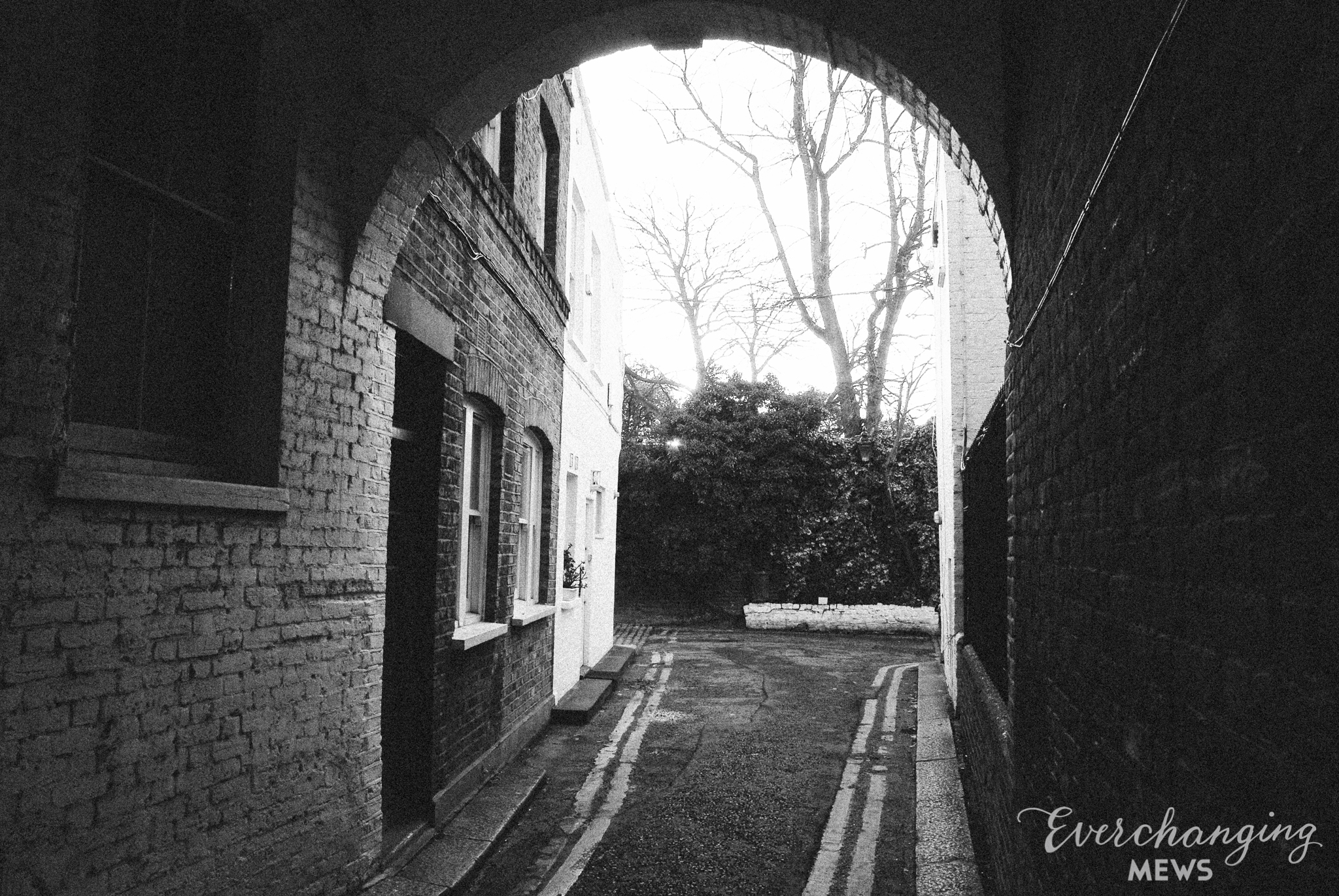 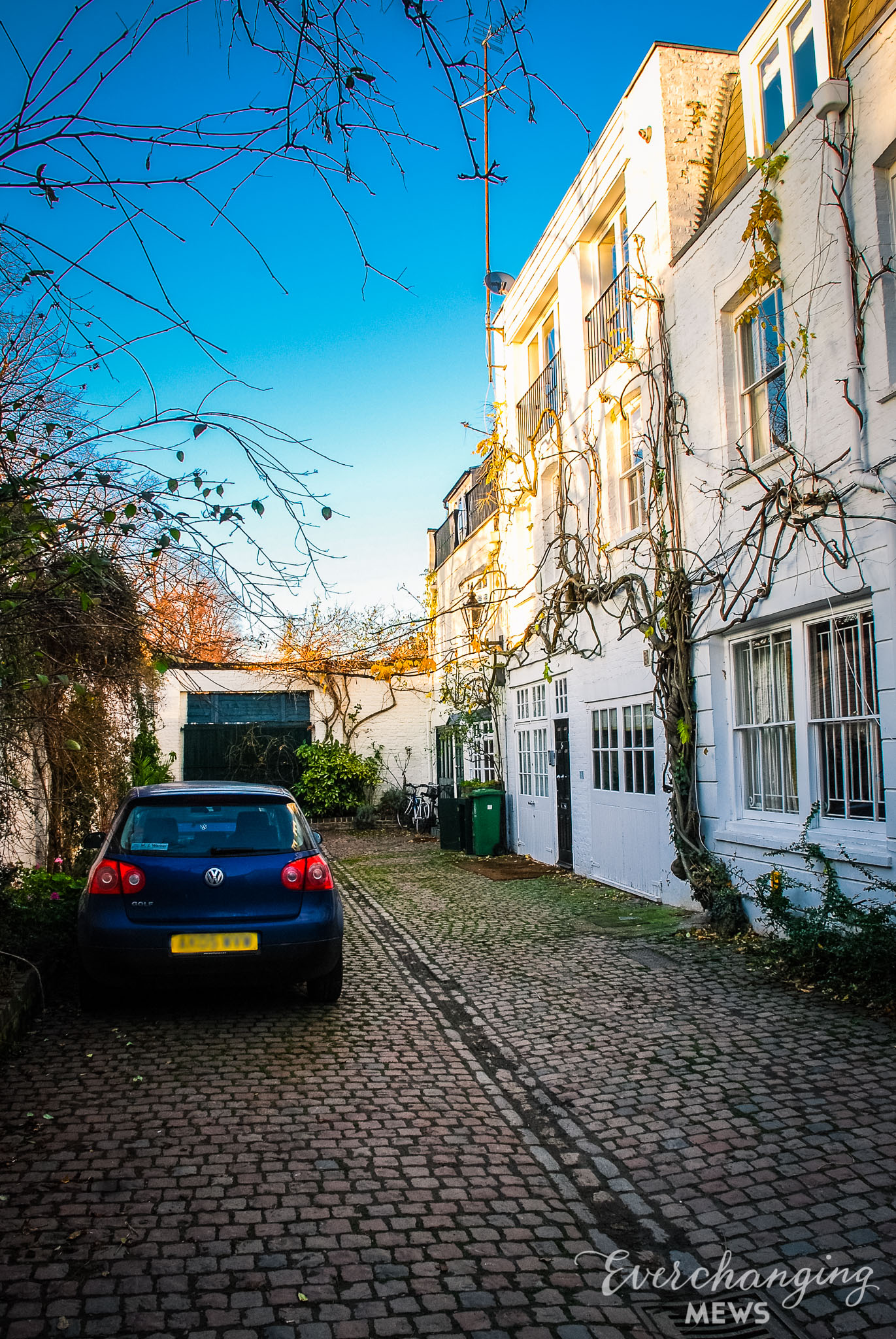 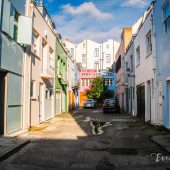