Happy St. David’s Day to everyone in Wales, and brought along with this celebration is our Mews of the Month for March – David Mews.

David Mews, in Westminster is a cobbled cul-de-sac containing 6 properties off Porter Street. The Mews is roughly oriented in a north-south direction and the properties are used for commercial purposes. The Mews contains three storey, plain brickwork buildings with a mixture of mansard and gable roof styles. The road surface is cobbled and parking is restricted. The Mews retains its granite sets, contributing significantly to the character and appearance by adding colour and texture. See more about the mews here.

This Mews in London was actually named after David Porter – a former chimney sweep who lived around 1969, who then acquired some property and became a builder.

In comparison; the welsh patron saint according to legend, performed miracles including restoring another saint’s sight (St Paulinus). He is said to have made the earth rise beneath him while preaching to a crowd so his sermon could be heard better; so you could say that both David’s had their hobbies.

Incidentally, our project only covers Mews in London and we haven’t covered any Mews in Wales. If there are any, they are few and far between. It could be argued that the Anthony Hopkins Centre of the Royal Welsh College of Music and Drama is a Mews – the former Cardiff Castle stables with its historic courtyard. 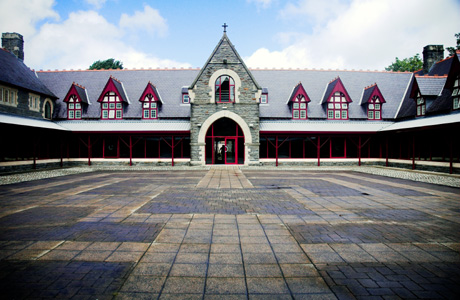 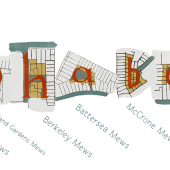 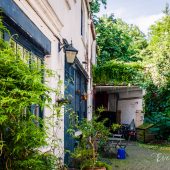