It’s been rainy of late, and so we’re dedicating this month’s Mews to the water that runs under Paddington. The names of the surrounding Mews all refer to conduits, pipes and channels carrying water from fresh springs outside London into the densely populated areas.

This Mews has two story properties with a number replacement Mews on the right-hand side. The two storey properties in Smallbrook Mews are a mixture of different styles and materials, with roofs being hidden behind parapet walls, surrounded by a cobbled road surface. The 1996 film ‘Trainspotting’ used the Mews as a filming location.

It was formerly known as Lower Conduit Mews.

London, Westminster
Smallbrook Mews is a cobbled cul-de-sac, approached through an entrance under a building o [more]
Least Concern
Share 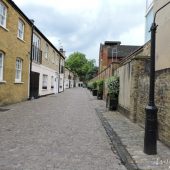 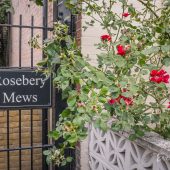